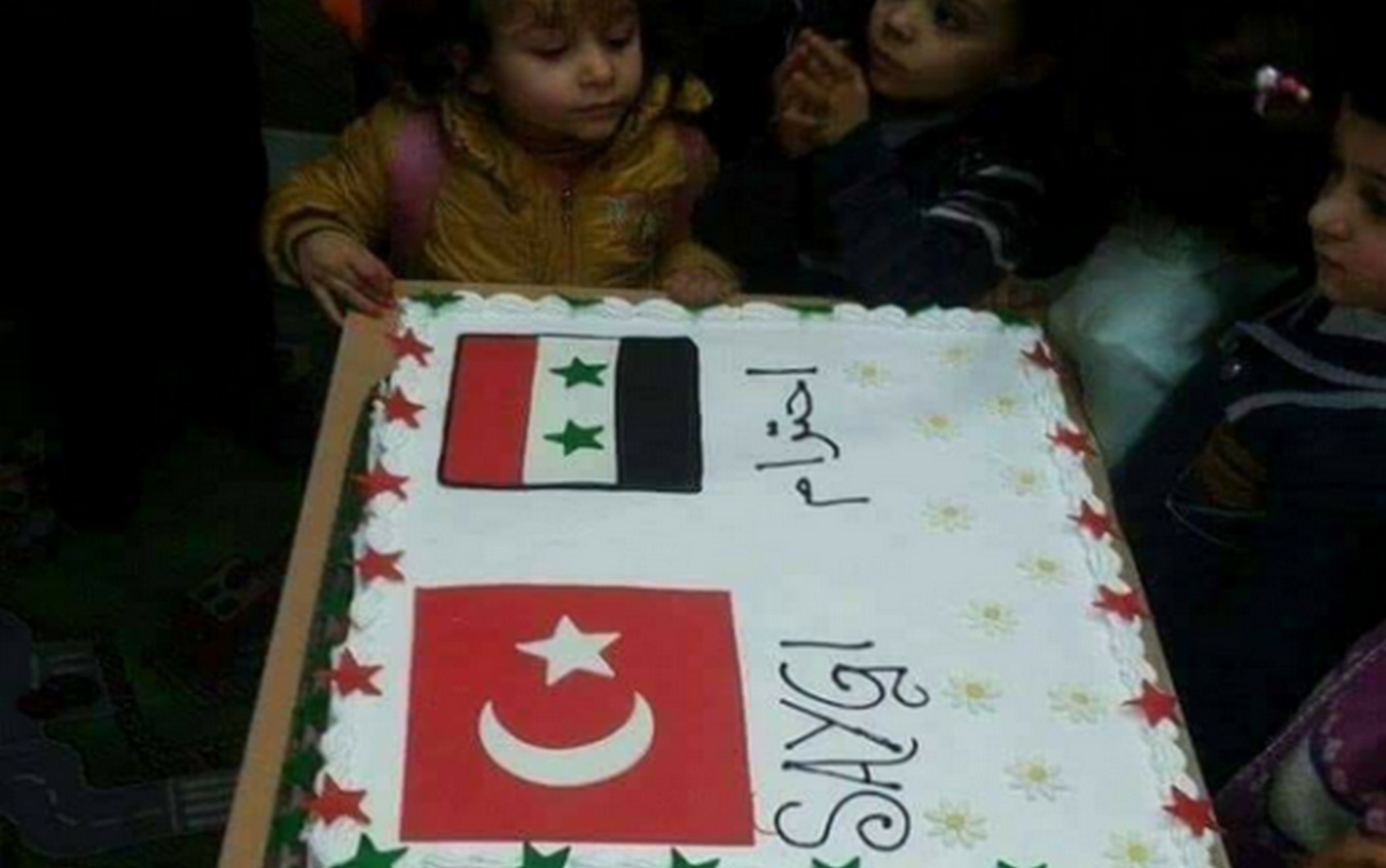 In the details provided by the agency’s sources from the Azaz area in the northern countryside of Aleppo, one of the Turkish relief organizations, on Friday, sent a consignment of various aid to the residents of “Tilal al Sham” camp in the countryside of Azaz, and held a party on that occasion within the camp, in the presence of a large number of militants and their families and during the celebration, a cake was cut, sent by the organization specifically for this party.

After the exposure of what happened through the pictures that were circulated through the militia’s coordination and social media pages, a state of “hysteria” prevailed among the armed groups, in which the accusations were overwhelmingly and individually, either towards the Turkish organization, or the leaders of the rest of the Turkish factions that manage the camp’s affairs, foremost among which is the Levantine Front.

The wave of “hysteria” among the militants developed from accusations, to the point of dismissals and arrests, as the leaders of the factions hastened at first to dismiss the person in charge of managing the “Tilal al Sham” camp and refer him to investigation, before arresting all the militants who carried the banners that carried the flag Syrian.

The Turkish-affiliated factions were not satisfied with these measures, as they sent a large number of their senior leaders to the “Tilal al Sham” camp and conducted extensive investigations with all its supervisors, and with a number of its residents, to ascertain the circumstances of what happened, while preventing the entry of any other aid that the organization might send until Further notice.

The leaders of the factions reported a number of accusations to the leaders of the “Levant Front”, foremost of which was promoting reconciliation with the Syrian state through that step, which was rejected and denied, and the declaration of a state of alert by the “al Shamiya front” in anticipation of any escalatory steps that the rest of the factions might implement towards it.

The incident is considered the first of its kind in the areas of the northern countryside of Aleppo in general, while within a related context, the sources of “Athar” had previously talked about the miserable human and livelihood reality that the residents of the camps suffer from within the areas under the control of the Turkish militants and which are under their control and supervision.

Especially in light of the successive robberies that affect most of the aid sent to the residents of northern Aleppo camps in general.