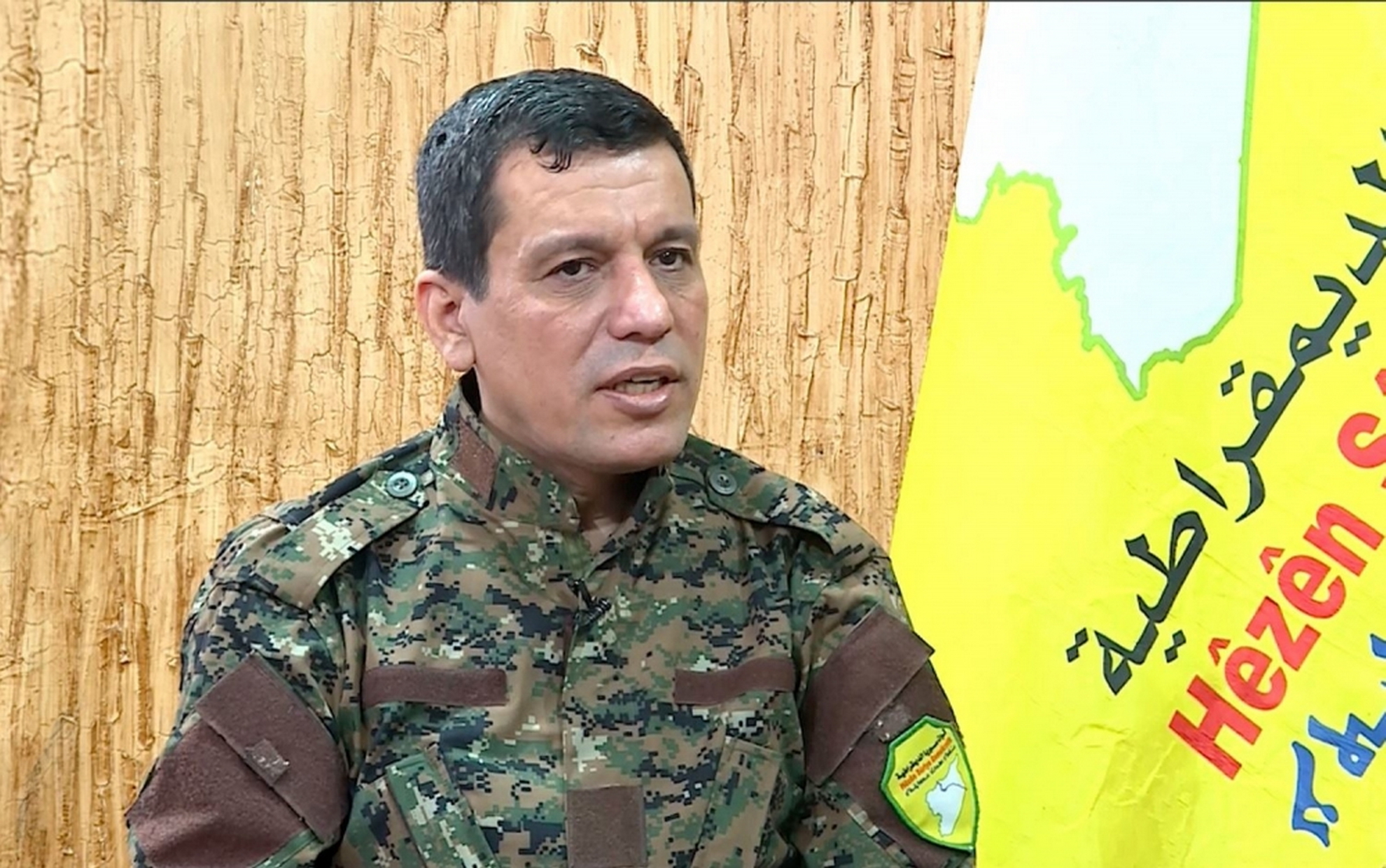 The Commander-in-Chief of the “Syria Democratic Forces – SDF” Mazloum Abdi called on the administration of US President Joe Biden to correct what he described as the “huge amount of mistakes” that the Trump administration made in Syria.

Abdi indicated that the Trump administration made a “big mistake” by withdrawing from the areas of Ras al Ain and Tal Abyad, considering that this withdrawal gave Turkish President Recep Tayyip Erdogan a green light to occupy those areas, during an interview with the London based Saudi funded al Sharq al Awsat newspaper.

Although the “Self-Administration” of the SDF announced an end to its siege of neighborhoods in Hasakah, Abdi denied that the SDF imposed any siege on neighborhoods in the governorate, he said.

With regard to the talks between the “SDF” and the Syrian government, Abdi stressed that the dialogue stopped without reaching any result.

The SDF considered that Turkey had not implemented any of the terms of the US-Turkish and Russian-Turkish agreements regarding the cities of Tal Abyad and Ras al Ain, accusing Turkey of targeting forces and civilians to destabilize security and stability in the region, and called on Russia to assume its responsibilities in ending the Turkish occupation of Afrin, north West of Aleppo, considering that it bears part of the responsibility for “the violations committed by Turkey” against civilians, as he put it.

He accused Turkey of supporting ISIS militarily and logistically, which led to an increase in its activity and intensification of its attacks in the east of the Euphrates and other areas.

Organizing its ranks within the ranks of the Turkish backed Syrian National Army, Concerning the relationship of the “Kurdistan Workers Party” with the “Kurdistan Workers Party”, which is on the global list of “terrorism”, Abdi denied the existence of a relationship between the “SDF” and the party, describing at the same time the “brother” party, saying that the party has relations with it.