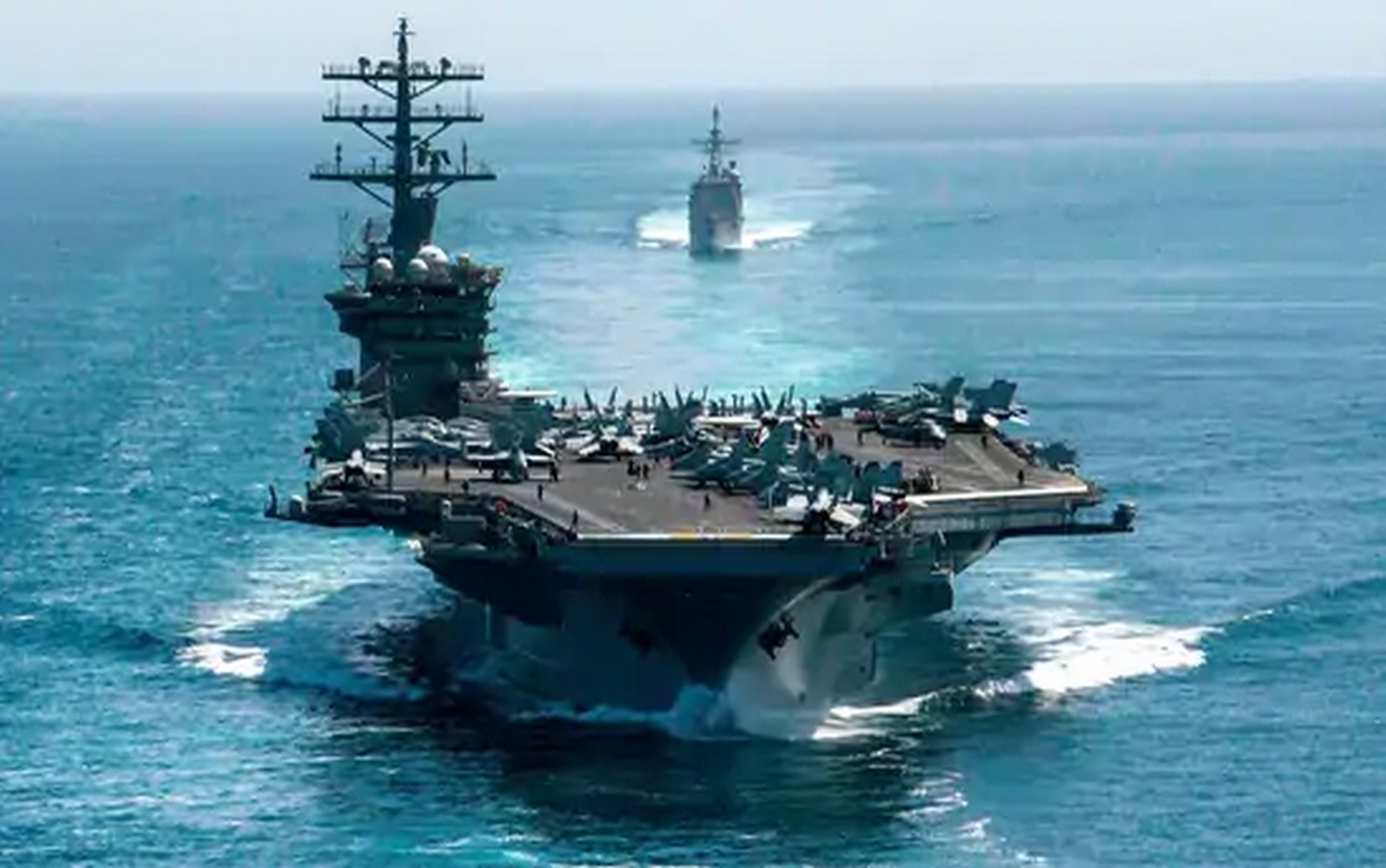 The US Department of Defense (Pentagon) reported, on Tuesday, February 2, 2021, that the aircraft carrier USS Nimitz is heading from the Central Command’s operations area and is transported to the Indian and Pacific Oceans.

Observers believe that the withdrawal of the aircraft carrier, and the failure to send another in its place, is an indication On the direction of the Biden administration to reduce the escalation with Iran.

John Kirby, a Pentagon spokesman, said in his statements, from the Department headquarters in Washington, that the aforementioned aircraft carrier had been in the Middle East for about 9 months due to tensions with Iran, indicating that they had no plans to send another carrier to the region to replace it.

He also made it clear that there was no strategic motive behind the withdrawal of the aircraft carrier from the Middle East, stressing that it had been at sea for longer than necessary, and would return to the United States.

Nine months ago, the aforementioned aircraft carrier was sent to the Middle East due to tension with Iran, accompanied by a number of submarines and war pieces.

Nimitz has been patrolling the waters of the Gulf and the Arabian Sea since late November.

This comes after the US Defense Department announced last month that the USS Nimitz aircraft carrier would remain in the Gulf due to “recent threats” from Iran, following reports indicating that it would return to its base in the United States, while some considered it an indication of De-escalation.

The aircraft carrier Nimitz has been patrolling Gulf waters since late November 2020, but US media reported this week that Christopher Miller, the acting US defense secretary, had ordered the aircraft carrier to return to its base.

“The New York Times” had also quoted US officials as saying that this step is a sign of “de-escalation” directed at Tehran to avoid a clash in the last days of former President Donald Trump in office.

Miller indicated in the statement that the Nimitz aircraft carrier would now remain in its position in the US Central Command’s area of ​​operations, “Given the recent threats issued by Iranian leaders against former President Trump and other US government officials, I have ordered the Nimitz to halt its routine redeployment,” according to “No one should question the resolve of the United States of America,” AFP reported.

This statement comes a year after the commander of the Quds Force in the Iranian Revolutionary Guard, Major General Qassem Soleimani, and the deputy head of the Iraqi Popular Mobilization Forces, Abu Mahdi al Muhandis, in an US air strike near Baghdad airport.

That strike sparked the forty-year-old hostility between Tehran and Washington, in addition to fears of a confrontation in Iraq, where both of them have wide influence.

Thousands of Iraqis had demonstrated, on the first anniversary of the killing of Soleimani and the engineer, chanting slogans, including “No No America” ​​and “Revenge”.

Several events were held in Iran to commemorate Soleimani’s death.

On the anniversary of the killing of Soleimani, Iranian Foreign Minister Muhammad Javad Zarif said in a tweet that “Israeli provocative agents are planning to launch attacks on Americans in Iraq” to put US President Donald “Trump in trouble because of a fabricated war”.

Zarif also considered the US president to be the “main terrorist”.

However, the Israeli Energy Minister, Yuval Steinitz, rejected Iran’s statements that Israel is trying to deceive the United States into launching a war on Tehran, describing it as “nonsense”.

Tehran also accused former US President Donald Trump of seeking to create an “excuse” to launch a “war” before leaving the White House, and Trump had accused Tehran of being behind a missile attack that targeted the US embassy in Baghdad on December 20, 2020.

It is noteworthy that the hardline positions of Tehran and Washington, over the past year, have raised fears of a conflict between the two parties, for which Iraq will be the scene.