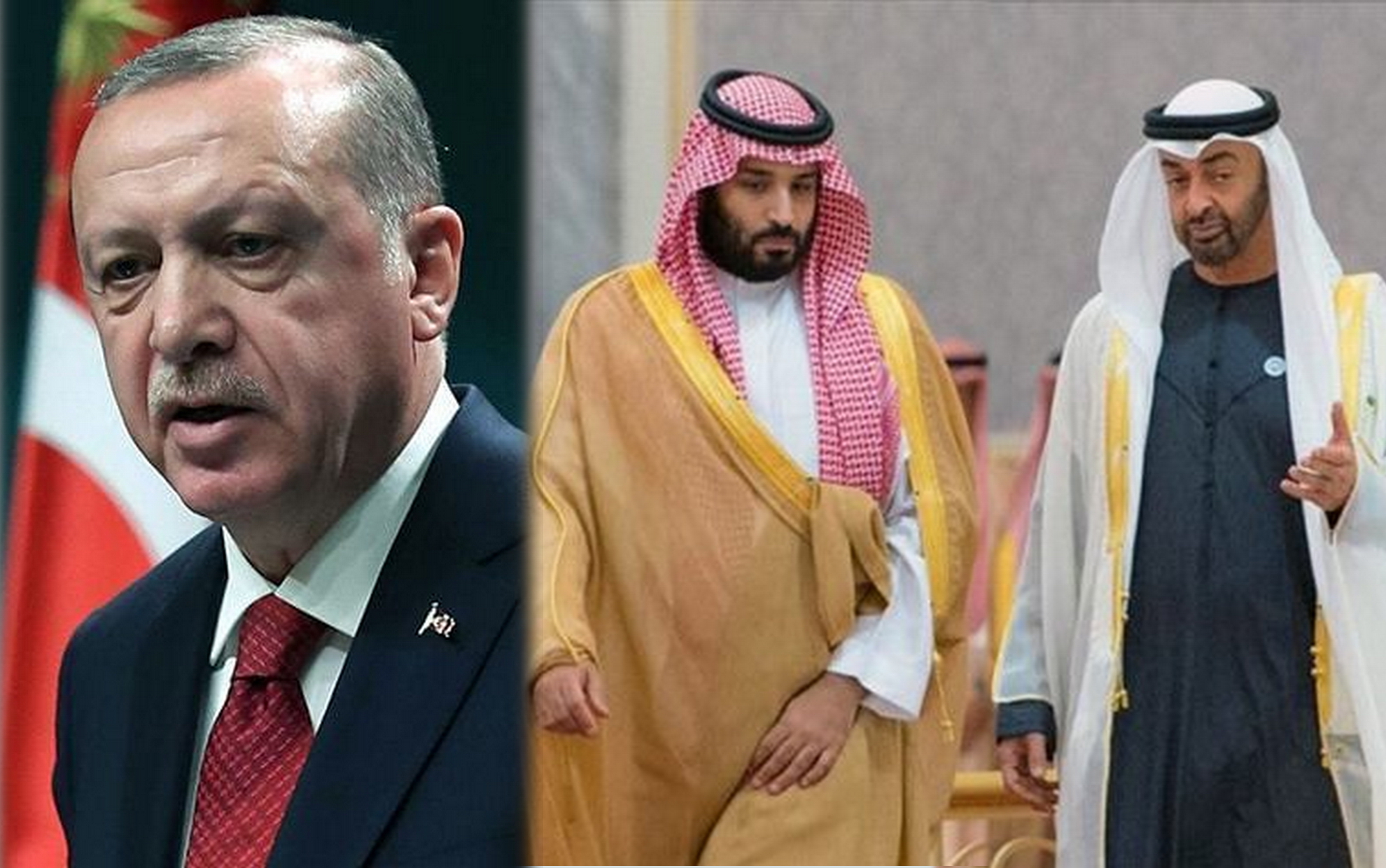 The American Bloomberg Agency revealed, citing informed sources, that the countries of the United Arab Emirates and the Kingdom of Saudi Arabia are studying the possibility of seeking to establish better relations with Turkey.

The agency indicated in a report on Thursday, that these moves, which include trade and security, are still preliminary and that determination has not yet been settled, given the background of long-term tensions and power struggles between those parties.

Bloomberg report added that it would also likely contradict the Gulf duo’s insistence that Turkey curb its support for the Muslim Brotherhood, which Ankara considers a movement that enjoys widespread popular support.

However, even limited progress in the path to improving relations could mitigate differences on regional most comprehensive issues.

On the other hand, this communication, which was said to take place at the covert and overt levels, coincides with the revitalization of foreign policy methods in both the Gulf and Washington, as Saudi Arabia and the UAE finally ended their dispute with Turkey’s ally, Qatar, on issues similar to the causes of their conflict with Ankara.

It should be noted here that Turkey, the UAE and Saudi Arabia are facing a new US administration led by Joe Biden, and that administration is likely to be more stringent in its dealings with all of them, according to the agency.

The agency quoted a Turkish official as saying that Turkey and the UAE had already discussed lifting barriers to trade between the two countries, adding that the initiatives paved the way for the recent decision to resume flights between capitals, which the Coronavirus pandemic had suspended, while a person familiar with the Gulf position described the communication process as being in its stages.

The first, and the source, who spoke on the condition of anonymity due to the sensitivities, added that the issue of the Brotherhood is central to the Gulf side and its concerns, and also to their close ally, Egypt, which was confirmed by other sources familiar with the developments.

On the other hand, Turkish officials say that there has been no direct or indirect communication from Abu Dhabi and Riyadh that includes clear demands to change Turkey’s policies towards the Brotherhood, but the Turkish side realizes that this issue is a high priority for the Gulf countries.

In addition to the disagreement over Turkey’s energy exploration activities in the disputed waters in the eastern Mediterranean, however, the initiative to resolve the current differences comes part of a more pragmatic and conciliatory tone that the Gulf states are playing at the moment, and the UAE has described its current efforts to end crises, as part of a vision for the post-Coronavirus pandemic.