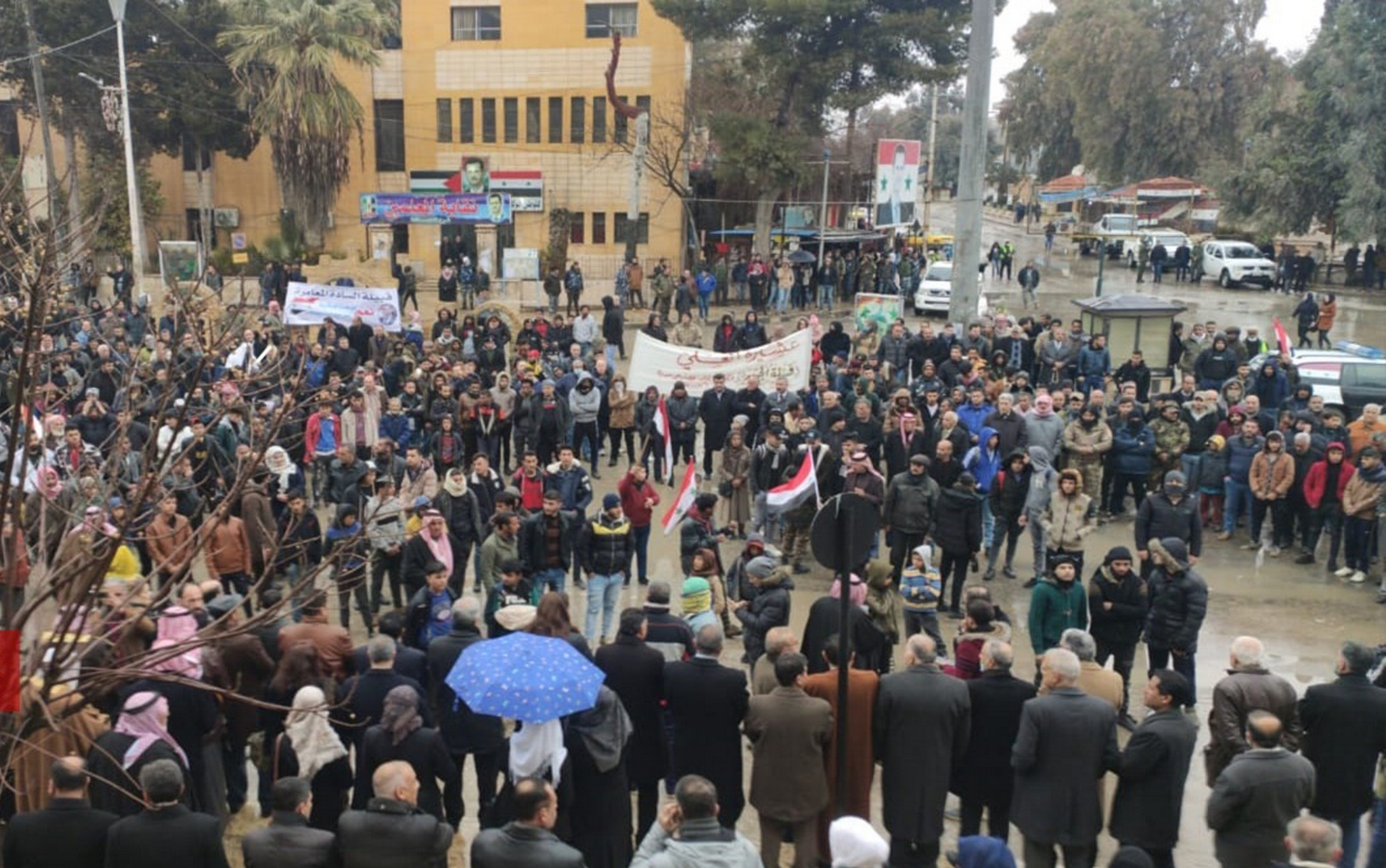 A Syrian was killed and 4 others were wounded by gunfire during protests, in which the people of the city of Hasakah in northeastern Syria condemned the siege imposed by the “SDF” or the so-called “Syria Democratic Forces” on the centers of the cities of Hasakah and Qamishli.

The Syrian official news agency SANA reported on Sunday, that the people carried out a protest, rejecting the siege imposed by the SDF on the city center.

The agency said, “The SDF militia gunmen opened fire on the protesting families, which led to the death of a civilian and wounding four others”.

SANA added that the “SDF” set up additional checkpoints, deployed more militants in the city’s neighborhoods, and kidnapped a number of civilians.

The pro-US occupation forces continue to impose a suffocating siege on the center of Hasakah, preventing the entry of vehicles, transportation, food supplies, water tanks and other daily basic needs for the people of the city.