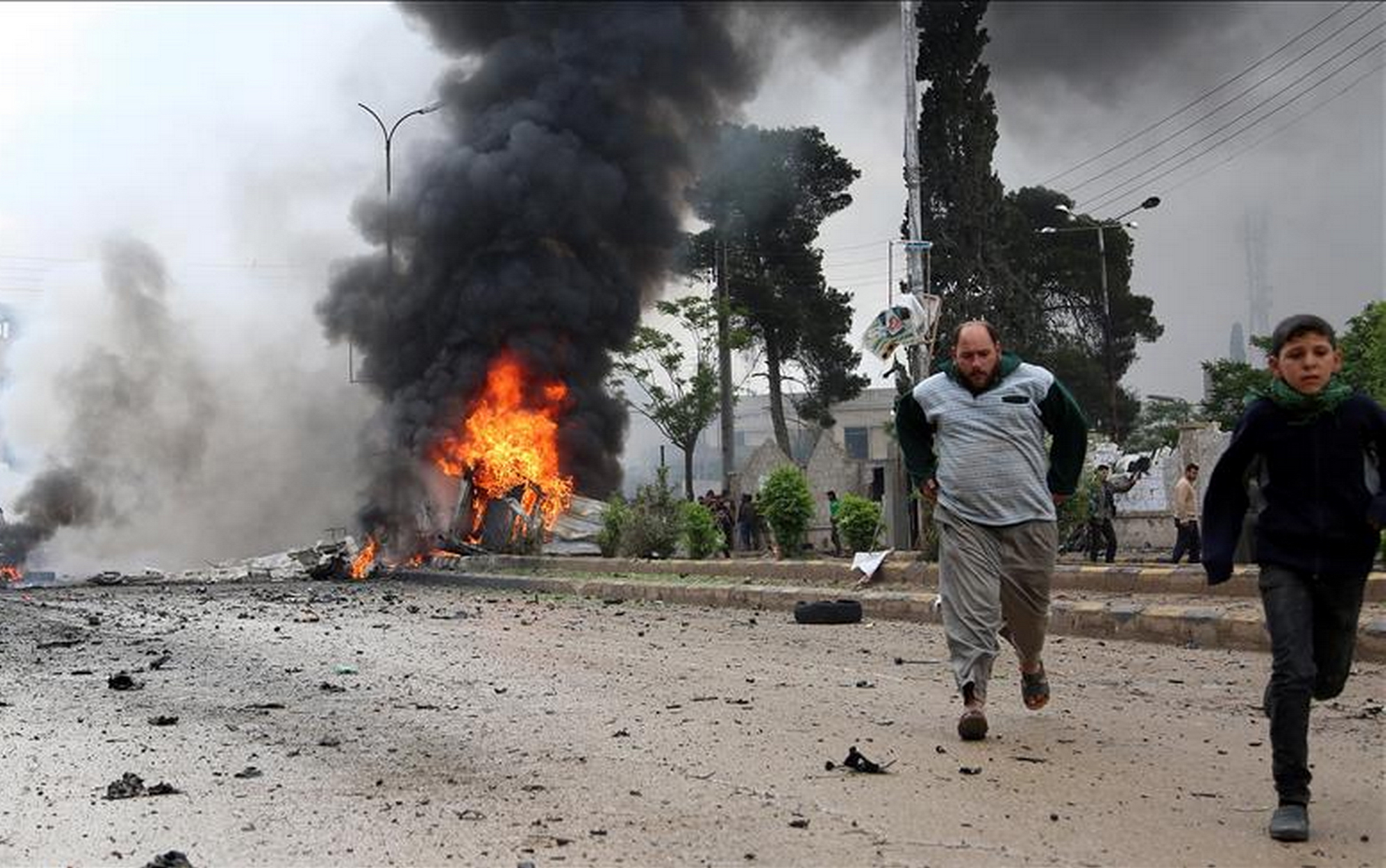 The Syrian al Watan newspaper reported on Sunday, that five people were killed and more than 25 wounded when a car bomb exploded in northern Aleppo.

The Syrian News Agency SANA reported the news of the explosion, but did not give any details about the number of dead or wounded.

The area where the explosion occurred is under the control of Turkey, which is allied with some anti-Syrian groups.

According to the official Turkish news agency Anadolu Agency, ten were killed and 24 wounded in two attacks in northern Syria on Sunday, adding that a car bomb exploded in the center of the Azaz region.

Sources from the Turkish-backed Free Syrian Army said that another car bomb exploded at a checkpoint run by the army in the Bza’a area in Aleppo, killing six of its members and wounding four.

Turkish forces and their allied Syrian forces seized territory in the region in the 2019 attack on the Syrian Kurdish People’s Protection Units (YPG), which controls large swaths of northern and eastern Syria.

Turkey considers the YPG a terrorist organization with links to the PKK within its territory.

A medical source at the Blue Crescent Hospital told the German news agency (DPA) that six of the injured were in critical condition.

In turn, a police source affiliated with the Syrian opposition told (DPA) that “the car bomb exploded near the cultural center that is used by the Syrian Interim Government as its headquarters”.

The town of Sjo, near the city of Azaz, witnessed an explosive device planted in a car selling bread on the 17th of this month, during which eight people were injured.

On Sunday, a protester was killed and others were injured during the Kurdish security forces’ shooting at a gathering of loyalists of the Syrian government in northeastern Syria, according to the official Syrian News Agency (SANA) and the Syrian Observatory for Human Rights, with the escalation of tension between the two sides.

Despite their coexistence for years, tension returned for several weeks between the Syria Democratic Forces, deployed in the northeast of the country, and the Syrian army forces, which maintained a limited presence in the centers of the cities of Hasakah and Qamishli.

Damascus accuses the Kurdish forces of continuing to “impose a suffocating siege” and preventing the entry of machinery and supplies to its areas in the north of the country, according to SANA.

On Sunday morning, SANA published pictures of dozens of people at a “protest stand” in Hasakah, where the Syrian government controls a neighborhood while the greater part of the city is under Kurdish control.