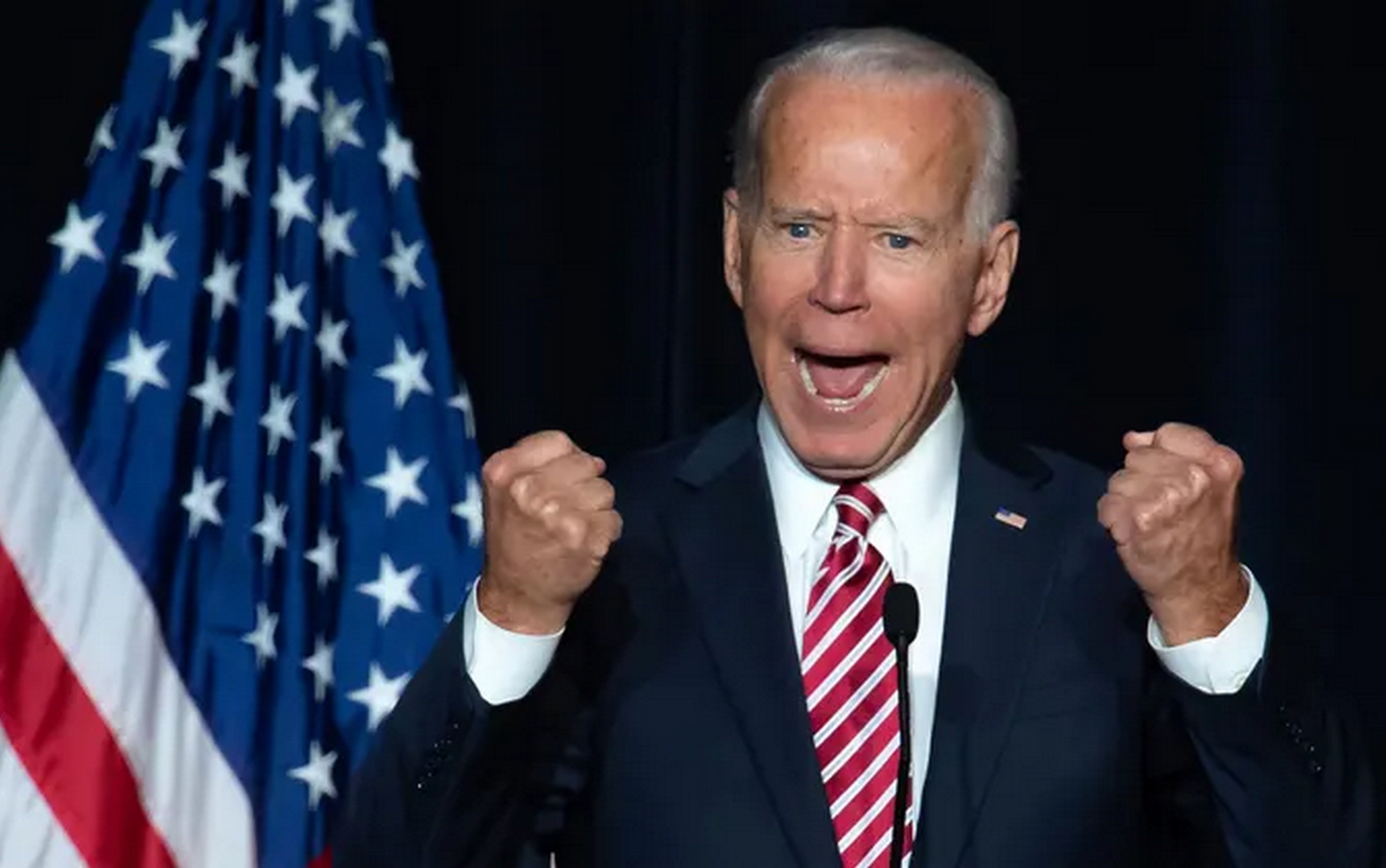 US President Biden’s inauguration speech on January 20, 2021 was full of good intentions, but does not contradict the facts as much as it does itself.

It was an ode to democracy and a call for national unity.

It should be remembered that the count was conducted in many places behind closed doors, without spectators or observers, as in a dictatorship.

In passing, the silence of “democratic” states is extremely shocking.

Moreover, there was something surreal about calling for national unity in front of a privileged quarter of the population, under the protection of 25,000 armed men.

As for the rest of the speech, it was an announcement of the return of imperialism and its justification by US exceptionalism.

Biden said, “We are a great nation. We are good… We can achieve racial justice and make America once again the greatest force for good in the world”.

Afghans, Iraqis, Libyans, Syrians, Yemenis and Lebanese will appreciate that.

All this is not new, but the nightmare of imperialism was thought to be over.

What Joe Biden has already done

Joseph Robinette Biden Jr. (78) entered politics more than half a century ago.

As an elected official from Delaware, he participated in the United States’ operations against tax havens that they do not control.

The aim was to force the holders of capital to transfer it to what has become the world’s largest tax haven: Delaware.

During all his mandates, he has mainly defended the interests of the Pentagon.

During the wars in Yugoslavia, he campaigned for the arming of Bosnian Muslims and supported the action of Osama bin Laden’s Arab Legion as well as that of Saudi and Iranian troops.

With his friend Republican Senator John McCain, he pushed President Bill Clinton to intervene in Kosovo.

During the war in Afghanistan, he was the first politician to go there to support Afghan-American President Hamid Karzai.

He promoted the idea of a war against Iraq and the assassination of President Saddam Hussein.

He later gave his name to a plan to break Iraq into three separate confessional countries in line with the Rumsfeld/Cebrowski strategy.

When he became Vice-President, he participated in the intoxication of the UN Human Rights Commission on the situation in Libya and thus justified the destruction of this country.

He also took part in the propaganda against Syria and supported the jihadists.

However, after the Russian intervention, when the White House tried to withdraw its entire package from that country, he rejected responsibility for the crimes committed against Saudi Arabia, the United Arab Emirates and Turkey, before retracting his statement.

Jo Biden is also a big supporter of Hollywood.

He has been personally responsible for shutting down pirate upload sites like Megaupload and arresting their creators in order to preserve the royalties of the big studios.

Everyone knows that the President of the United States is senile.

During his election campaign, he repeatedly confused people and places and even promoted the initiatives of his son, who died five years ago.

So he should not exercise power himself.

For the time being, his chief of staff, Ron Klain, will decide for him. Eventually, Congress could quickly recognize the president’s inability to exercise his office and transfer his power to his vice-president, Kamala Harris.

In the current period, Ron Klain is a pure defender of the interests of TNCs to make profit in China.

His wife, Monica Medina, is an environmentalist.

She was employed by the Wharton family, owners of the Walmart retailer; global billionaires who make their fortunes from offshoring to China.

A cascade of texts was published on the day of the inauguration.

They only very partially illustrate this programme and were written by personalities from the far left of the party (assuming that the word far left has any meaning today).

The first presidential proclamation was to make the day of his inauguration a day of unity.

Invoking St. Francis of Assisi, as he had invoked St. Augustine in his speech, he asserted that democracy prevailed (referring to Donald Trump’s “deplorable” voters who respect nothing) and calls on every American to write the next chapter.

Then President Biden announced his intention to reinstate the Paris Climate Accord.

Contrary to what the media have portrayed it as, in fact, a return to the system of financial compensation for greenhouse gas emission rights; a system that will benefit only the owners of the Chicago Stock Exchange and is unlikely to have any effect on the climate.

The first decree will have been to advance racial “equity”.

Racial equality would imply that all humans are equal and that, therefore, races do not exist.

On the contrary, President Biden believes that humanity is divided into distinct races and that each race should be given equal equity, regardless of the size of its population.

This is an anti-democratic position, typical of Neo-puritan thinking.

As Joe Biden has a long history of racist jokes (including against Barack Obama), this decree is supposed to make people forget them.

The second proclamation was to end “discriminatory” entry bans in the US.

President Trump had banned nationals from states whose embassies could not verify whether or not they were jihadis.

As it turned out, Mr. Biden and his friends had devastated the broader Middle East, and the countries concerned all had large Muslim populations.

So the new President considered that this security measure discriminated against Muslims.

A second decree makes the wearing of surgical masks mandatory in all federal administrations.

President Biden intends to implement all scientific recommendations regarding Covid-19.

He declared that he was protecting his officials by making the mask mandatory.

However, the Center for Disease Control and Prevention (CDC) had just completed a review of the global medical literature on the subject to evaluate the use of masks.

It concluded that masks were not useful in everyday life, but could reduce the epidemic at gatherings of people singing or shouting together (sports matches, concerts or religious ceremonies).

The CDC, obedient, immediately aligned its scientific recommendations with the presidential speech.

In accordance with the “awakened” (woke) ideology, it is a question of stopping the construction of the wall at the Mexican border and organizing the arrival of South American migrants.

A column of tens of thousands of Hondurans immediately set off towards the “country of freedom”.

However, according to the text of the decree itself, by counting illegal immigrants, one can hope to increase the number of members of parliament attributed to federal states that are favorable to immigration.

It is quite rare that this is done publicly in an electoral sham.

A letter addressed to the UN Secretary General informs him of the withdrawal of the United States from the World Health Organization.

Again, President Trump had chosen to withdraw because the organization had moved from dependence on the US CDC to dependence on China.

In the absence of any new evidence, President Biden’s retraction is purely ideological.

What follows is similar to this decision, which aims to allow everyone to choose their gender, regardless of their sex.

Thus, the “correspondence” section (Contact us) of the White House website asks to specify one’s gender: masculine, feminine, neutral or other.

The new provisions will also allow each athlete to choose whether he or she wishes to compete in male or female events.

This is all the more surprising given that President Trump has left office and is now being ignored by the Republican Party.

There was no reason to knock a man down and provoke his voters.

It is all the more awkward since this childish attitude against everything his predecessor did in no way calms the far left of the Democratic Party.

One expected Trumper demonstrations on the inauguration day, there were none.

However, the next day it was the Antifas who caused riots in several large cities, to the cry of “Fuck Trump! Fuck Biden! ».

In effect, President Biden is fueling division and is in turn marching towards civil war.