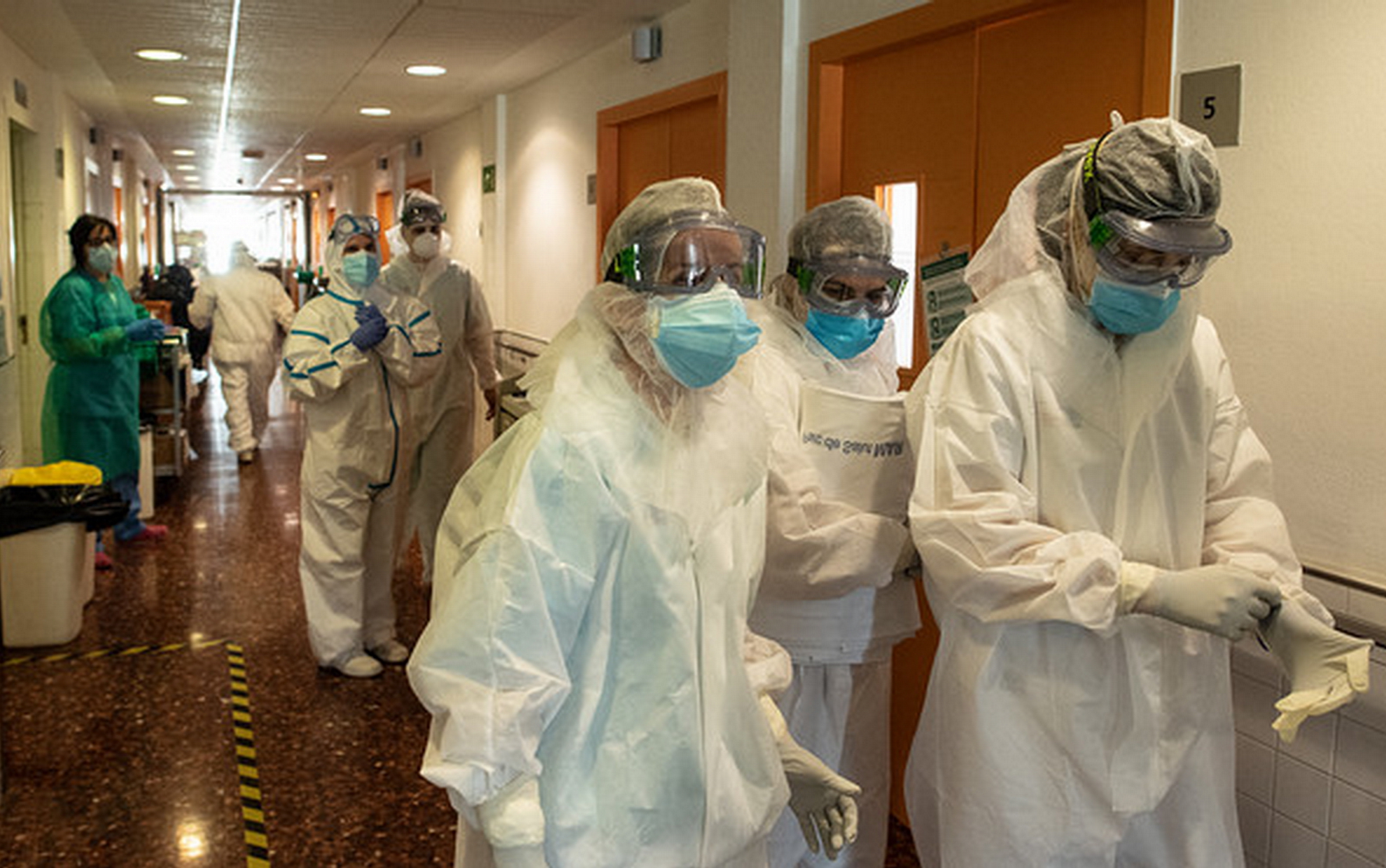 The US medical company Novavax announced that its vaccine is effective against the Coronavirus Covid-19 by more than 89%, and for its part, the World Health Organization warned against easing health measures in Europe after the spread of mutated strains of the virus.

This company announced, in a statement on Thursday, that its vaccine against Covid-19 showed an efficacy of 89.3% during the third phase of clinical trials.

“The vaccine can play an important role in solving the current global public health crisis,” said Executive Director Stanley Erck, but the results showed that it is much less effective against the mutated version of Covid-19 that was first detected in South Africa and is spreading rapidly around the world.

The statement indicated that Novavax will immediately start developing a new vaccine targeting this mutated version.

On Thursday, the World Health Organization considered that it is too early to reduce health measures in Europe, despite the decline in the number of infections in a large number of countries.

Hans Kluge, WHO Regional Director in Europe, called to avoid abruptly abandoning the measures imposed to limit the spread of the epidemic, and not to reduce the level of vigilance, especially after the emergence of new liberated versions of the virus that are more contagious than the original virus.

He said that opening and closing, isolating and quickly opening up is a bad strategy, and he called for gradual measures.

The German Vaccination Committee recommended that people over 65 years of age not be vaccinated with the AstraZeneca vaccine, which raised fears in the midst of the further spread of Covid-19 in Europe and the United States detected the first infections on its soil with the modified South African version of the virus.

According to the World Health Organization, the new mutated versions of the virus do not stop spreading, as the British version has become widespread in 70 countries, while the South African version has been detected in 31 countries.

Hopes are attached to vaccines, but there are questions about their effectiveness against mutated versions of Covid-19, and scientists suspect that the British, South African and Brazilian versions are more contagious.

The labs, “Pfizer-BioNTech”, confirmed Thursday that their vaccine maintains its effectiveness against the British and South African versions.

As for the AstraZeneca vaccine, a recommendation was issued by German experts regarding it prior to the European Medicines Agency announcing its decision Friday on licensing its use in the countries of the Union.

In a document seen by the French Press Agency, the German Committee for Vaccination said that due to the lack of evidence of its effectiveness for the elderly, “It is currently recommended to use the AstraZeneca Covid-19 vaccine only for those between the ages of 18 and 64 years”.

The committee added that “the currently available data are insufficient to assess the effectiveness of the vaccine for those over the age of 65 years”.

AstraZeneca responded to her spokesman, who confirmed that “the latest tests confirm the effectiveness of the vaccine in a group over 65 years old”.

The AstraZeneca vaccine is expected to arrive in the European Union to speed up vaccination campaigns by injecting millions of additional doses into the Pfizer-Bionic and Modernac vaccines used on the continent.

European countries complain of the slow production of vaccines developed in record time.

Nevertheless, 70% of the currently produced doses were sent to the rich countries (Europe, the United States and the Arab Gulf states).

In the United States, the country worst affected by the virus, the first two cases of the mutated version, South Africa, were discovered in South Carolina.

The authorities of this southern state did not prove any link between the cases, and did not specify any recent travel trips that may have caused them.

Some countries are considering tightening restrictions, such as Germany, which intends to impose a significant reduction in air traffic with the United Kingdom, Brazil, South Africa and Portugal, which they consider the most affected by the mutated versions.

In Portugal, where the virus generates “tremendous” pressure on hospitals, a new death record was recorded on Thursday, reaching 303 additional deaths within 24 hours.

In the United Kingdom, the first European country to cross the 100,000 death threshold, pressure on the health system remains strong.

The authorities decided to close the borders to arrivals from the UAE on Friday, in addition to Burundi and Rwanda, to prevent the arrival of the South African modified version.

The decision does not include British and Irish citizens, as well as residents of the United Kingdom, who are required to be quarantined for a period of days after their return to the country, according to what Transport Minister Grant Chaps said on Twitter.

In France, parliament will take a decision next week on the new restrictions that President Emmanuel Macron may unveil at the end of this week or Monday.

China has warned of an attempt to “politicize” the study by the World Health Organization on the origins of the Coronavirus in the Chinese city of Wuhan.

This came in conjunction with the organization’s team beginning to conduct a field study in the epicenter of the virus outbreak regarding the origin of the pandemic, and how it began precisely on Thursday.

The new White House spokeswoman Jane Psaki has stated that her country wants a “strong and clear” international investigation into the origins of the Coronavirus pandemic in China.

On Thursday, the WHO delegation (consisting of 13 people) left the quarantine hotel, in which they stayed for 14 days, after their arrival in China, to conduct a study on the origins of the virus.

Among the places expected to visit are the Huanan Seafood Market, which was linked to many of the first cases, in addition to research institutes and hospitals that treated the infected at the height of the virus outbreak.

On the other hand, Keiji Fukuda, a former WHO official, warned that it may take years before any firm conclusions are reached on the origin of the virus.

“It’s been more than a year when it all started, and a lot of the physical evidence will be gone,” Fukuda (he’s not part of the team) told The Associated Press.

He added that people’s memory is imprecise and maybe the physical layout of many places will be different from what it was, how people move, etc…

As of Friday morning, the number of Coronavirus patients in the world reached 102 million and 41 thousand, of whom more than two million and 200 thousand died, and more than 73 million and 800 thousand recovered, according to the “worldmeter” website.