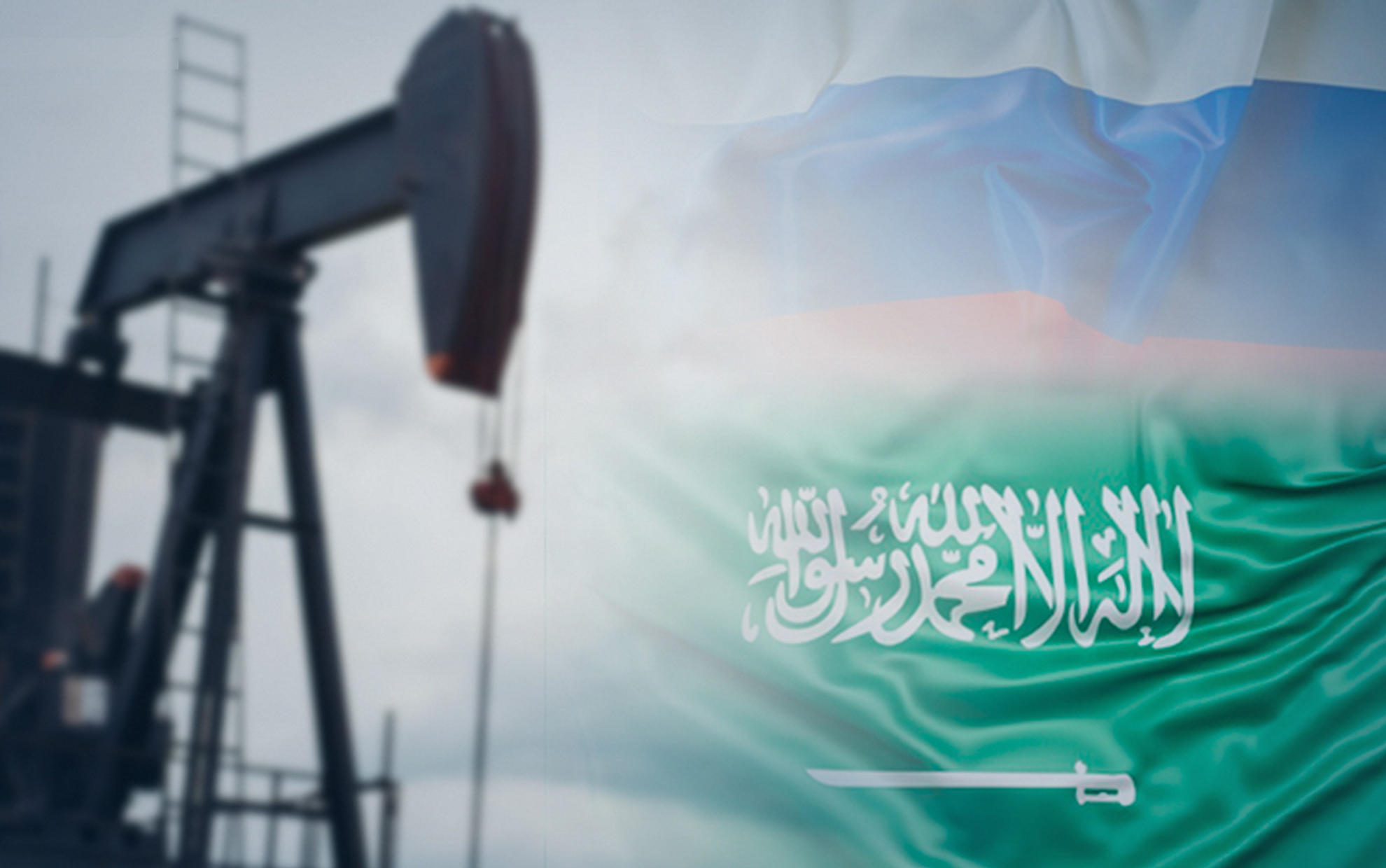 It led to a drop in crude oil prices that had not been seen since the Gulf War in the early 1990s.

The newspaper said that Saudi Arabia’s threat to offer crude oil at reduced prices and increased production led to a drop in the price of a barrel to $ 31.02.

The price of a barrel of West Texas Intermediate oil fell to $ 27.71.

Nevertheless, what is the reason that made the world’s largest oil exporter wage an oil war and resort to this strategy, at a time when oil markets are gripping demand, amid the spread of the Corona virus?

What does the decision mean for the oil industry in general?

And why did Saudi Arabia decide to enter a price war?

The answer is that Saudi Arabia wants to lead the oil cartel “OPEC” at a time when Russia wanted to reduce production to support oil prices in the face of the spread of the coronavirus, which led to the disruption of global market activities.

When Russia hesitated to cooperate, Saudi Arabia abandoned an ally that it had worked with since 2016. Riyadh responded by increasing production and offering crude oil at much discounted rates. Analysts say this decision was an attempt to punish Russia for abandoning what was known as the “OPEC” coalition.

Saudi Arabia may have wanted to strengthen its position as the world’s largest oil exporter.

They said the move reflects Saudi Arabia’s willingness to confront Russia and other oil-producing countries.

“There was consensus (to cut production), but Russia objected,” said someone familiar with the Saudi oil industry.

“And from the beginning of April, any party can produce the quantity that they want, and this is why the Kingdom is exercising its right”.

However, analysts questioned the wisdom of the Saudi decision, as the Kingdom’s economy is not immune to a complete collapse in oil prices, even if it feels able to obtain market shares from its competitors.

However, in light of the Saudi Crown Prince Mohammed bin Salman, she developed a reputation for taking decisions that contained unexpected dangers, especially when she felt that she wanted to confirm her position.

The question is about Russia’s position and why it did not agree to reduce production?

Moscow said it wanted to assess the impact of the Corona’s spread on the oil market before it moved, but at the same time, it wanted to examine the strength of the US-led shale oil market.

In addition, she saw that reducing oil production would give a lifeline to a sector that made the United States the largest oil producer in the world.

Moreover, increased its oil customers at the expense of Russia.

Moscow was angered by the sanctions in which the United States targeted Russian energy companies, including the Russian oil company “Rosneft” and America’s attempts to block the North Stream 2 gas pipeline to export gas to Germany. The US shale oil market has suffered from problems of selling oil with profits despite the sector’s significant growth over the past decade. People familiar with the Russian strategy said that Moscow felt an opportunity to harm the US oil industry.

A spokesman for the company, “Rosneft,” said: “The total oil that was reduced, the continuous extension of OPEC has completely and quickly replaced the oil produced by the American shale oil companies”.

Saudi Arabia’s approach to a possible agreement with Russia was based on the idea of ​​taking or rejecting it and requesting participation in reducing 1.5 million additional barrels per day in a way that reduces daily production to 3.6 million barrels or 4% of global production.

This angered Russia, which did not see itself as a small partner.

The question is what will happen to the American shale oil industry?

The newspaper answers that the collapse of oil prices came at a difficult time for the American oil industry, especially this sector.

While production growth in the past decade increased beyond Russia and Saudi Arabia, the industry borrowed a lot, which alienated investors, making it vulnerable to the risk of falling oil prices.

Hence, the biggest drop in oil since the beginning of the year raised doubts about the possibility of expanding production.

We will not see the impact on the price of oil quickly, especially as small oil producing companies from shale oil hedged their production to sell it at high prices.

This does not mean that producers in this sector face problems in obtaining financing to overcome their existing debts, and the bonds issued by oil companies suffered from a low value. For President Trump, the oil price collapse presents a dilemma.

A low price is part of his strategy to persuade voters that he will be elected in November, and OPEC has consistently called for lower oil prices.

What if oil prices continue to decline?

The answer is that, in the short term, price recovery is linked to the spread of the Corona epidemic and the ability to contain it quickly.

Oil traders warned of the possibility of a drop in the price of oil in 2020, for the first time since the global financial crisis a decade ago. Perhaps, oil consumption decreased by 1-2% from what analysts expected at the beginning of this year, as demand for it will be affected by air and road travel restrictions.

The short-term perspective of crude oil remains bleak in light of the evolution of the coronavirus into a global pandemic.

All of this depends on the degree to which Saudi Arabia increases its production.

It has more reserves than any country, and that is why it can increase production capacity in the coming months by one million barrels per day.

It can take oil out of stores to boost export capabilities.

Russia’s ability to increase exports will remain constrained, especially as low prices will affect Vladimir Putin’s promises to invest in the long-term infrastructure and social expenditures.

Saudi Arabia may have felt that waging an oil war and the rapid decline in oil prices could force Russia back to the negotiating table, and this remains unlikely.

If oil prices continue to decline, other producers will be forced to reduce their production capacities and reduce the size of expansion plans.

This may take a long time, and there are expectations for lower demand for oil in the second half of this decade.

Therefore, betting on a quick recovery of oil may be premature.

In the end, the price war means a lot to large companies.

After the collapse of the oil price in 2014, companies such as Royal Dutch Shell, BP and ExxonMobil were forced to cut costs and sell assets and rationalized their operations to protect their interests from the market downturn.

These policies improved their capabilities and obtained new money after the price of a barrel returned to $ 65, compared to $ 100, but faced various pressures.

It was eager to maintain profits and payments to shareholders at a time when forecasts would increase demand for oil in the next decade.

At the same time, it needs to reduce debt and search for new sources of energy and renewable for fear of converting from fossil energy.

At the price of oil $ 40 a barrel, there are those who doubt that this can be achieved.