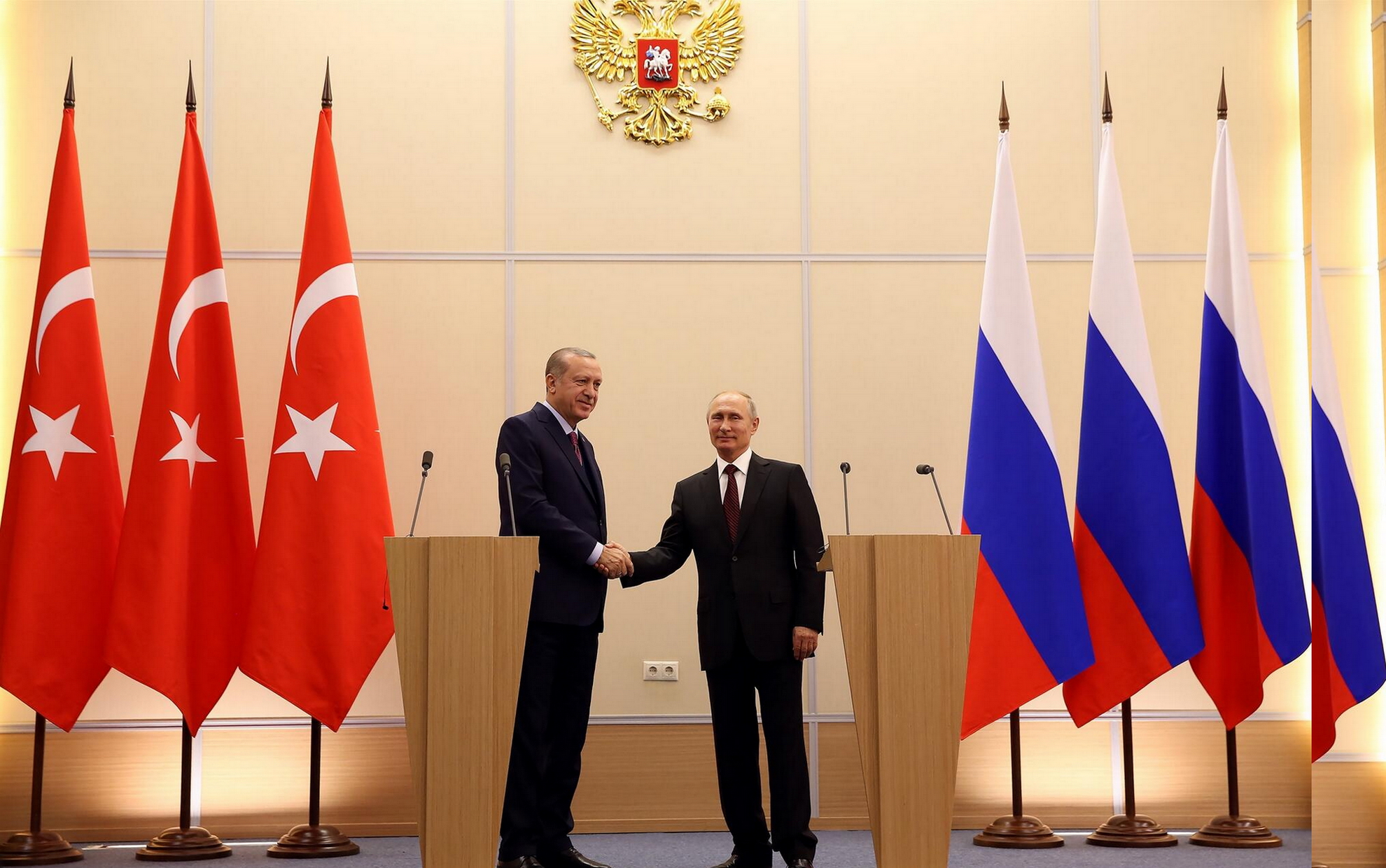 Close economic ties between Russia and Turkey occupy a large part of the relations between the two countries. 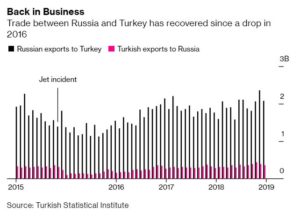 The following are the most prominent of these ties between Moscow and Ankara:

Turkey is the second largest importer of natural gas from Russia, and the latter is a major market for the disposal of Turkish vegetables, and according to data of the ITC Trade website, the volume of trade exchange between the two countries in 2019 reached about $ 25 billion.

Trade exchange between the two countries has recovered now after it decreased significantly in 2016 after the Turkish air force shot down a Russian bomber over Syria, and the following is a graph showing the development of trade between Moscow and Ankara:

Turkey is one of the favorite destinations of the Russian tourist, and according to Turkish data, the number of Russian tourists who visited Turkey in 2019 reached about 7.018 million, setting a record high by 17.65% compared to 2018.

The data indicated that the Russian tourists topped the list of foreign tourists who arrived in Turkey, followed by the Germans and the British.

And the spending of Russian tourists in Turkey is estimated at billions of dollars, and the Turkish Statistical Institute says that the country’s income from tourism as a whole in 2019 amounted to 34.52 billion dollars.

Most of the income was from foreign tourists, including Russian tourists, and it accounted for 83.3%, compared to 16.7% of Turkish citizens living abroad.

Russian President Vladimir Putin and his Turkish counterpart, Recep Tayyip Erdogan, opened the beginning of this year the first tube of the “Turkish Torrent”, a project to pump gas from Russia to Turkey and from there to Europe.

The project consists of laying two gas pipelines with a total capacity of 31.5 billion cubic meters per year.

The first pipeline is for the Turkish market, and was inaugurated early this year.

The second pipeline is for southeast European countries, and work is underway to extend it, and it is expected that gas will be pumped through it to Bulgaria and Serbia in 2020 and to Hungary in 2021.

After the completion of the “Turkish Torrent”, the project will make Turkey another gate for Russian gas exports to Europe.

In addition to meeting domestic demand for gas, Turkey will make money from Russian gas transit through its territory to Europe.

The Ross Atom nuclear energy company is building the first electricity station in Turkey, and the project includes building four nuclear reactors with a production capacity of 1200 megawatts each, and the project value is estimated at 20 billion dollars.

The Russian and Turkish presidents laid the foundation stone for the station on April 3, 2018, and the construction of the first unit of the station is expected to be completed in 2023.

The project comes within the framework of a government agreement signed at the end of 2017 between Moscow and Ankara to cooperate in building and operating the plant, to be built near the city of Mersin in southern Turkey.