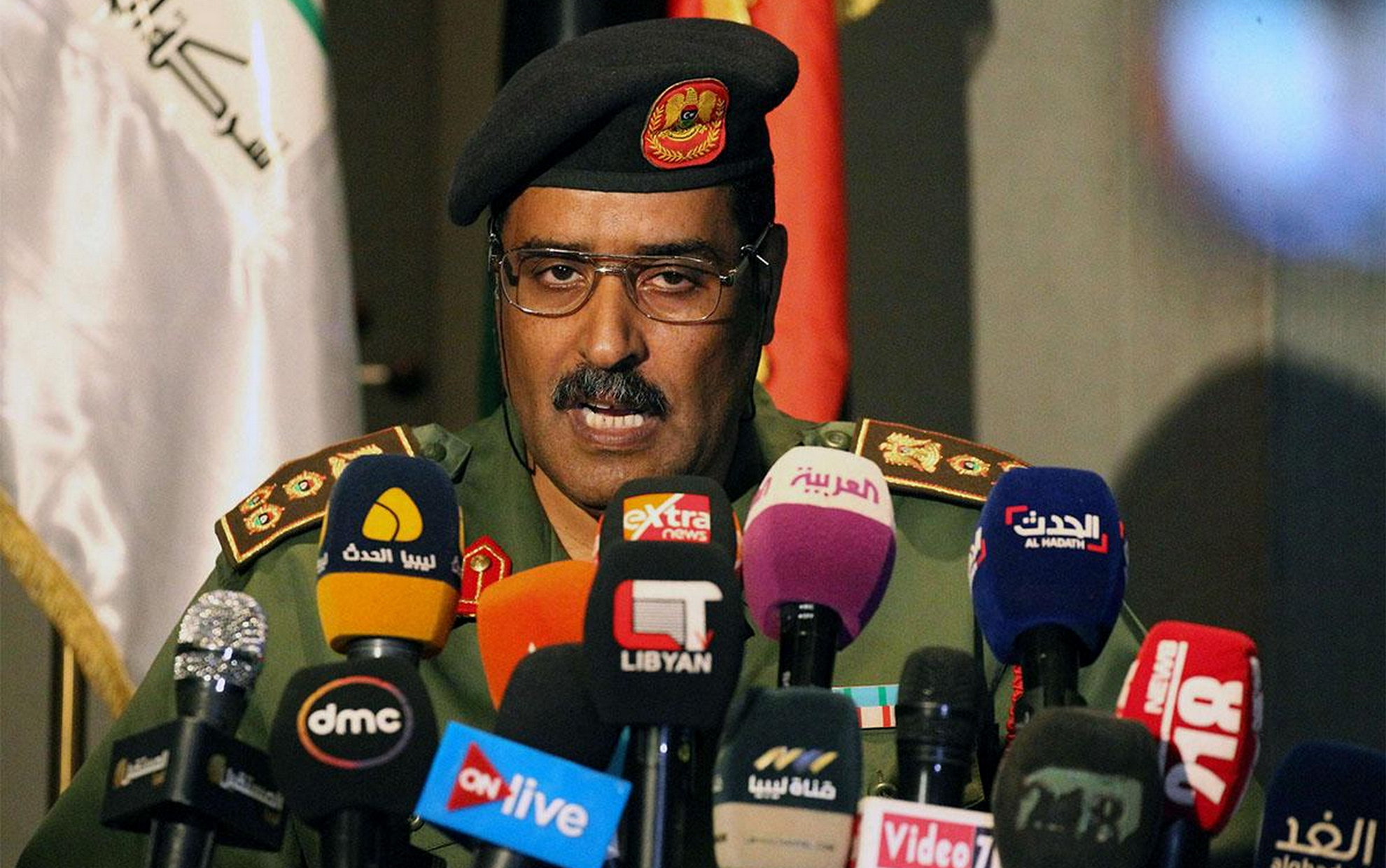 Major General Ahmed Al Mesmari, a spokesman for the “Libyan National Army”, reported the killing of 35 Syrian terrorists from Erdogan’s mercenaries (Turkish President), other than the wounded and those who fell under the rubble, in one fell swoop in the Salah Al Din area in Tripoli.

Al Mismari said in a press conference today, Wednesday, that the militia’s control in Tripoli enabled them to smuggle Libyan money and gold abroad, while the Libyan people are suffering financially, according to the “Libya 24” news website.

“The army managed to shoot down 6 drones for The Tripoli government forces during the past days,” Al Mismari added.

He continued, “The artillery of the Tripoli government threatens the safe neighborhoods in the Qasr Bin Ghashir area, south of Tripoli.”

He added that the Egyptian terrorist Abu Al Yazqan from the Al Qaeda affiliate Al Nusra front is now in Tripoli.

Al Mismari went on to say that Ghassan Salameh, the UN envoy to Libya, entered the wrong door and fell into the abyss.

On Monday, Salameh had asked the Secretary-General of the United Nations, Antonio Guterres, to relieve him of his post, due to the fact that his health condition did not allow him to continue his mediation efforts.

It is noteworthy that Salameh sought to launch three tracks – military, economic, and political / that bring together the parties to the conflict in Libya: the so-called “Libyan National Army” and the Libyan government of international reconciliation, backed by the outcomes of the Berlin conference held on the nineteenth of January.

It has been in force in Libya since 12 January between the forces of the internationally supported Tripoli government and the forces of the Libyan National Army, which seeks to enter Tripoli to purge them of what it calls “terrorists”, but the two parties accuse each other of violating the armistice.