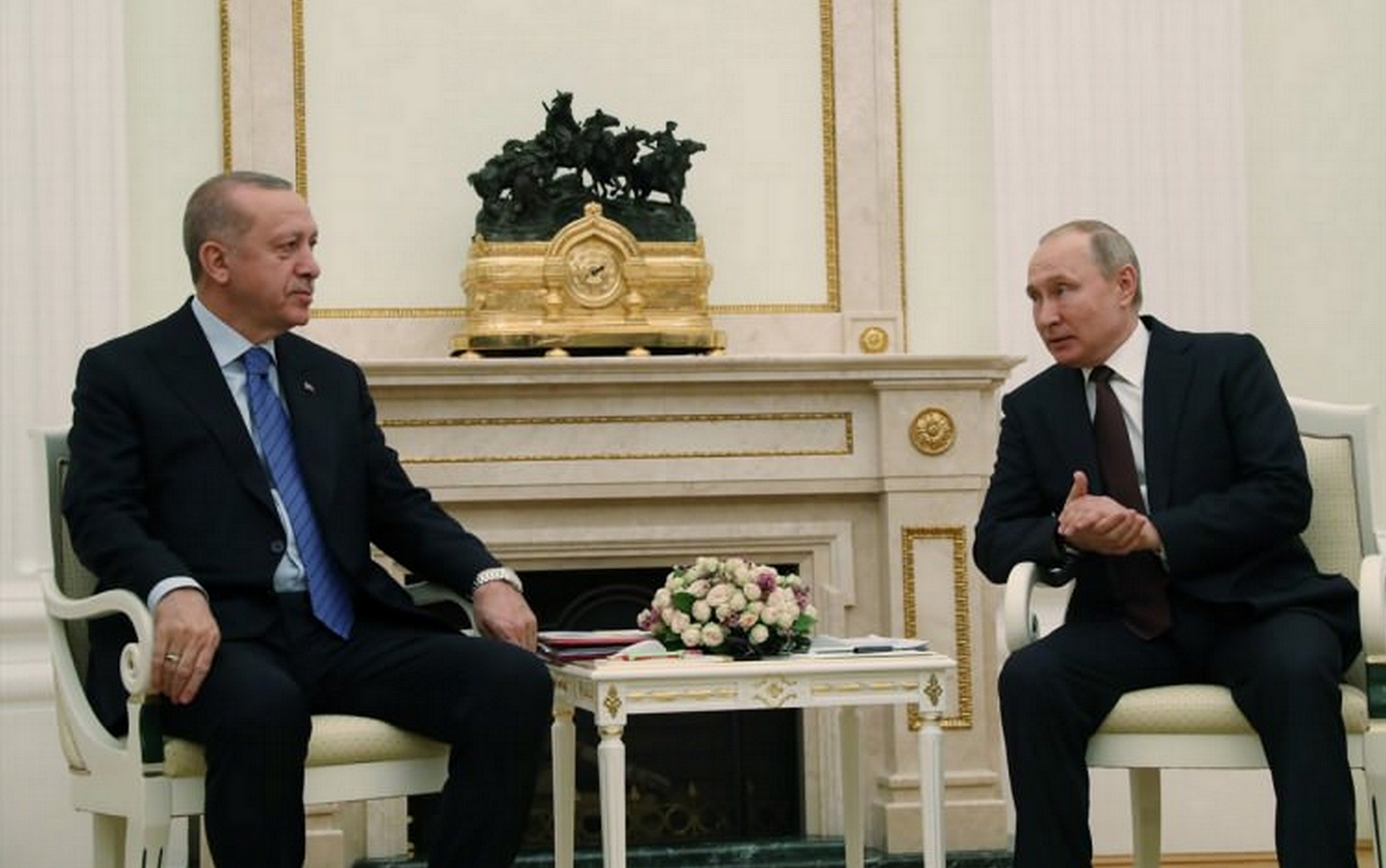 The Russian President, Vladimir Putin, during his meeting with Turkish President Recep Tayyip Erdogan in Moscow, announced that the situation in Idlib had become so tense that it required our direct intervention.

The Russian President assured Erdogan that what happened in Idlib regarding the Turkish military was not known, considering that the relations between the Russian and Turkish countries are valuable and firm.

Putin also indicated that the situation in Syria’s Idlib needs a discussion of the whole situation so that the latest events that could spoil relations between the two countries are not repeated, according to “Sputnik”.

The Russian President announced that the talks between them will be bilateral at first, and after that the two delegations will join them to discuss all matters.

For his part, Erdogan stressed that the results of the talks will contribute to addressing the situation in Idlib and the main task of the visit is the development of Turkish-Russian relations.

“There is no doubt that our meeting today regarding the Idlib talks is very important,” Erdogan said during his meeting with Putin.

He added: “In fact, the situation in Idlib is very tense and the whole world is watching what will result from the meeting, and I believe that the steps and decisions that will be taken today will ease the tense situation.”

Erdogan continued, saying: “We are now witnessing the peak moment in our relationship, and this undoubtedly concerns defense industries, trade relations and others.

And Erdogan added, “We believe that the biggest challenge is to foster and develop these relations and I think we will succeed in this matter”.