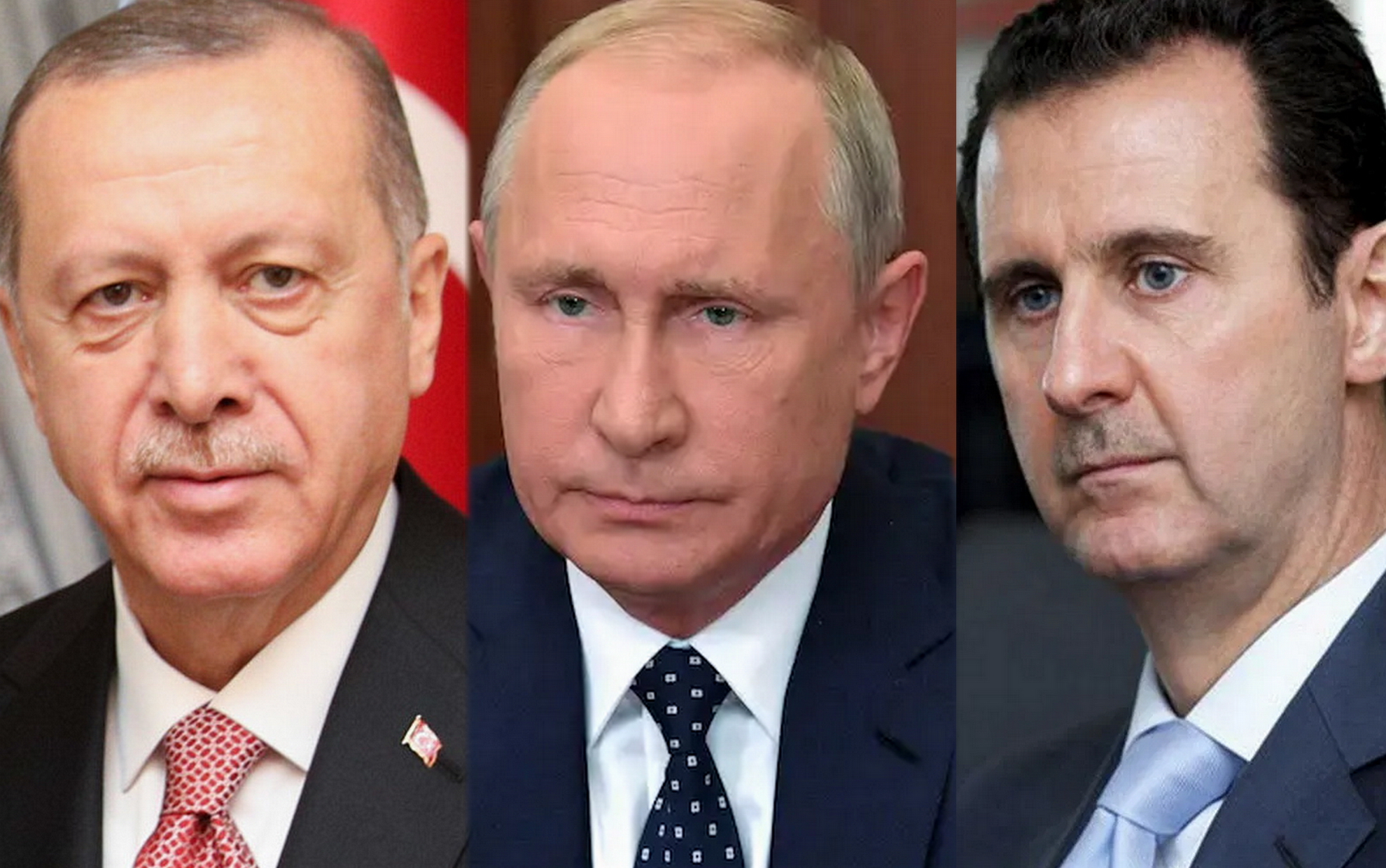 Syrian President Bashar Al Assad confirmed, Wednesday, that his country has not committed any hostile acts against Turkey, and that the current differences are illogical.

The Syrian President added in an interview with “Russia-24” channel: What are the large or small hostilities that Syria committed against Turkey?

There are no hostilities…

There are Syrian-Turkish families, and there are vital common interests.

Mutual cultural interference has occurred historically, and therefore it is illogical for us to have serious differences between us and them.

To discuss the situation in Idlib.

At the field level in Idlib, it was noticeable that American officials entered Syria through Turkey, and a high-level American delegation visited the Idlib governorate, northwestern Syria, including senior officials in the Trump administration, led by the United States representative to the Security Council, Kelly Kraft, and the American envoy To Syria, James Jeffrey.

This is the first visit by representatives of the United States of America to Idlib since 2011.

The American presence in Idlib comes on the eve of the summit of Presidents Vladimir Putin and Tayyip Erdogan welcomed in Moscow to discuss the situation in Idlib.

The American delegation lost a logistical center used by the United Nations to distribute aid, before heading to Syria from the Bab Al Hawa border crossing.

Krufft published, through her account in the tensioning pictures, of the American delegation accompanied by members of the White Helmets Organization, which Moscow and Damascus consider to be involved in fabricating chemical attacks and supporting the Al Nusra Front organization.

The United States representative to the United Nations, Kelly Kraft, tweeted, “Twitter,” of her “gratitude” for shaking hands with volunteer white helmets.

Damascus commented on the visit of the American delegation, surely that the infiltration of US officials into Syrian territory in Idlib illegally is a dedication to the fact that the American administration considers itself above international law and the charters of the United Nations.

An official source in the Ministry of Foreign Affairs and Emigrants said in a statement to SANA today that a number of US officials illegally infiltrated into the Syrian territories in Idlib Governorate is a devotion to the fact that the American administration considers itself above international law and the United Nations charters that affirm respect for the sovereignty of states and not to interfere in its affairs.

The source added that this American step, in collusion with the Turkish regime, reveals and reaffirms the subversive role of the United States in supporting the Turkish aggression and the complexity of the conditions in Syria and its endeavor to cover up the crimes of terrorist groups and prevent them from being completely destroyed after the field achievements of the Syrian Army.

The source added that the Syrian Arab Republic, condemning and condemning in the strongest terms the behavior of banditry and the bandits that the American administration and the Turkish regime are adopting, it is not surprising that American officials infiltrated in this way after they provided all forms of support to terrorist groups, including transporting them to Syria under cover of darkness in a flagrant violation of all United Nations resolutions on counter-terrorism.