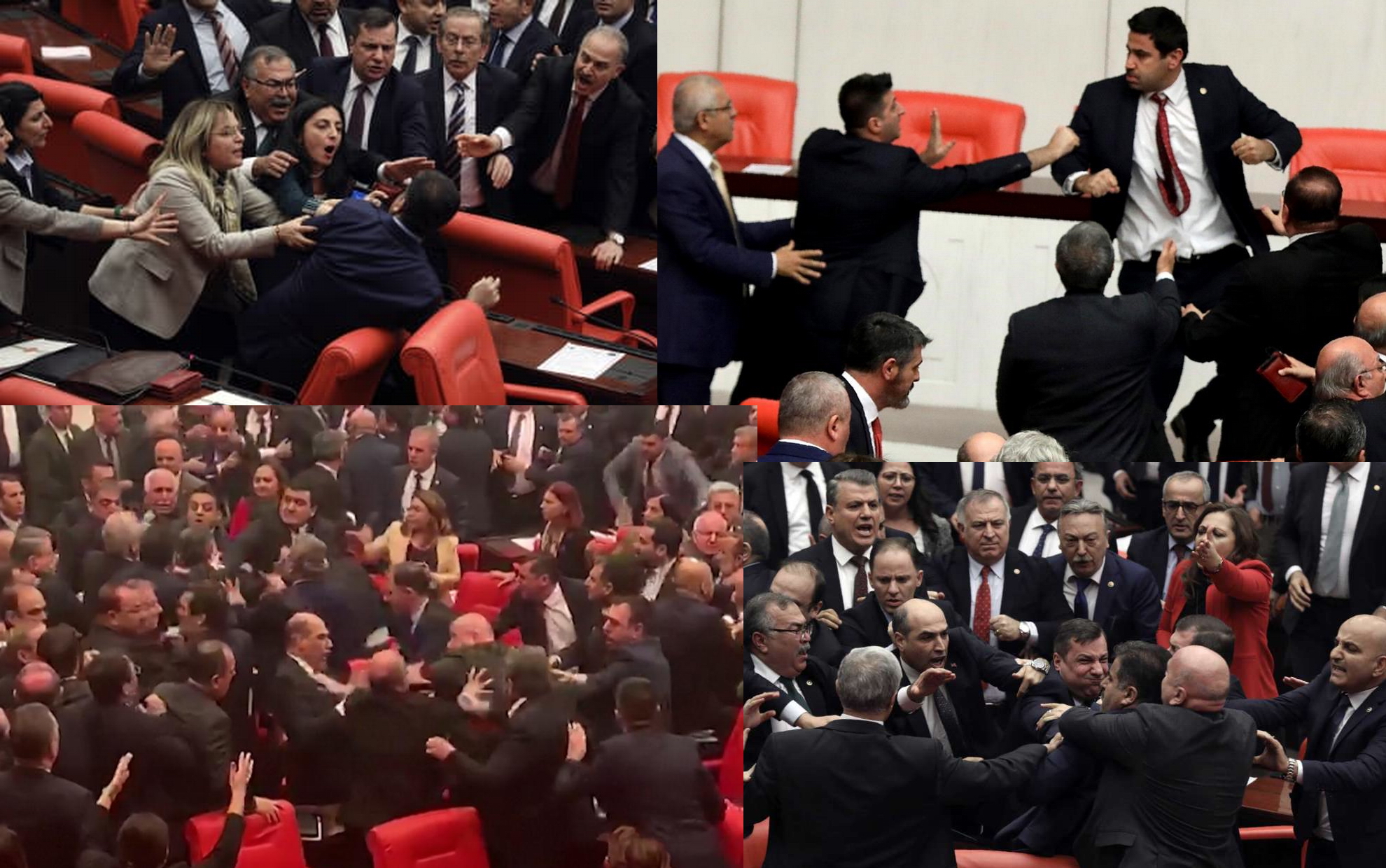 The clash took place between the Turkish opposition and the Justice and Development Party deputies after the Vice of the Republican People’s Party, Engin Ozkoc, during his speech in the Parliamentary General Assembly yesterday evening, sharply criticizing the Turkish President Recep Erdogan.

Chaos in the parliament hall, Ozkoc accused President Erdogan of disrespecting the dead Turkish army, and sending them to death without air cover.

Justice and Development deputies gathered around Ozkoc immediately after completing his speech, trying to hit him, and the situation turned into a mass fight, in which the MPs exchanged punches and kicks.

The footage showed that some MPs fell to the ground due to the punches they were subjected to, while others fell due to the stampede.

These footage are considered leaked because the Turkish Parliament holds a closed session on the situation in Idlib and the Turkish army launched Operation Spring Shield without the presence of the media.

“The deputy leader of the Republican People’s Party insulted our elected president these days, in open betrayal, in the event that he has not lost his mind,” Justice and Development Party deputy Noman Kurtomosh teewted.

Turkish media reported that the public prosecutor in Ankara had opened an investigation on suspicion of insulting the president.