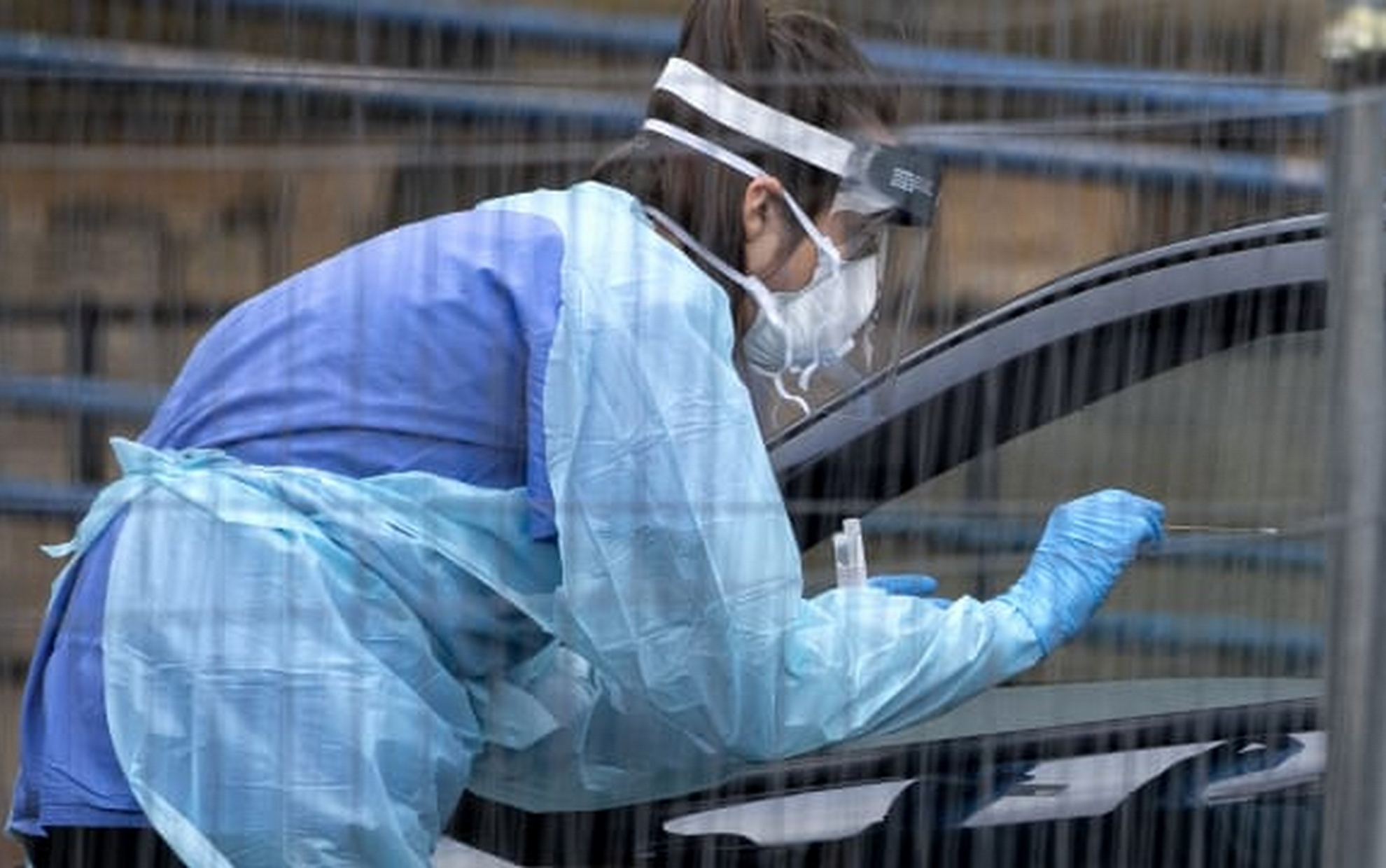 A plane sent by the World Health Organization with a medical and aid team arrived in Iran on Monday to support the Islamic Republic’s efforts to tackle the outbreak of the Corona virus emerging on its soil, with European countries announcing that they will send more aid.

On Monday, the death toll from the virus rose to 66, marking the Islamic Republic’s second-highest toll for the victims of the epidemic in the world.

Iran on Monday rejected a US offer to help it tackle the virus.

The World Health Organization announced the arrival of its six-person medical team, which is doctors, epidemiologists and laboratories, who were sent by the organization on a UAE military plane.

Robert Blanchard, from the operations department at the organization’s headquarters in Dubai, said that the Emirati military plane “carries 7.5 tons of medical supplies and equipment necessary to prevent the spread and control, in order to support health workers in Iran.”

For its part, Germany, France and Britain announced that they will send medical supplies for emergency cases, including laboratory equipment, medical uniforms and gloves, and set aside five million euros to help tackle the virus outbreak.

Moreover, the Iranian Deputy Minister of Health, Ali Reza Raisi, announced that the number of confirmed cases increased to 1501, after 523 new cases were recorded within one day.

The official agency announced the death of Muhammad Mir Mohammadi, a member of the Expediency Council Diagnostic Complex, the supreme advisory body of the Supreme Leader, at the age of 72.

The agency did not explain the cause of death, but revealed that he had died in the “Masih Danchori” hospital in Tehran, the main treatment center for people living with the virus.

The outbreak of the Corona virus, which is emerging in Iran, is of great concern in neighboring countries.

In the Gulf region, 130 infections were recorded in the UAE, Bahrain, Kuwait, Oman, Qatar and Saudi Arabia, which announced on Monday that they recorded the first infection.

The Saudi Ministry of Health announced that the first infection with the virus on its soil belongs to a man who returned from Iran.

Many of the wounded in the Gulf states are returning from Iran, especially from the Shiite holy city of Qom.

US President Donald Trump said Saturday, “If we can help the Iranians with this file, we are definitely ready to do that,” but he added, “All they have to do is ask for it.”

On Monday, however, Tehran rejected the US offer, accusing the US president of pursuing a policy of “maximum pressure” on Iran by presenting the proposal “for propaganda purposes.”

“We doubt the Americans’ intentions and do not count on their assistance,” the official IRNA news agency quoted Foreign Ministry spokesman Abbas Mousavi as saying.

Germany, France and Britain, which adheres to the 2015 nuclear agreement between Tehran and the major countries, expressed “their full solidarity with all those affected by the new Corona virus in Iran.”

In turn, China participating in the conclusion of the nuclear agreement said that a team of experts from the Chinese Red Cross Society arrived in Tehran on Saturday to “provide assistance in the field of epidemic prevention and control and medical care.”

The value of the aid sent by the World Health Organization to Iran is about 300,000 dollars, including medical masks, respirators, testing equipment and gloves.

Blanchard cautioned that stockpiles of materials needed to counter the virus were very low.

He explained, “What we are seeing now is that the demand significantly exceeded our current stocks… and we are suffering to reach additional stocks.”

The mission of the WHO team is focused on helping Iran control the virus and studying its causes.

Blanchard said the expert group is the first that the WHO has sent to Iran since the outbreak.

Nevin Atallah, the organization’s operations department official, stated that 15,000 health workers will benefit from the equipment sent to Iran, explaining that the supplies are “the first large shipment to support efforts to respond to the emerging corona virus.”

“Iran is a difficult country, and it is not always easy to obtain approval to go there,” she added.

The Emirati plane transported the aid and the medical team from Al Maktoum Airport in Dubai, despite the tense relations between Iran and the UAE, against the backdrop of regional conflicts, including the intense rivalry between Tehran and Riyadh.

Iran’s relations are severed with Saudi Arabia and Bahrain, but it has good relations with Qatar, Kuwait and the Sultanate of Oman.

The Gulf states announced the suspension of flights to and from Iran against the backdrop of the spread of the virus there, recording scores of infections, the vast majority of whom returned from religious visits to Iran.

“The aid must reach every human being, regardless of his background,” Sultan Al Shamsi, UAE assistant foreign minister for humanitarian affairs, told AFP at the UAE airport.