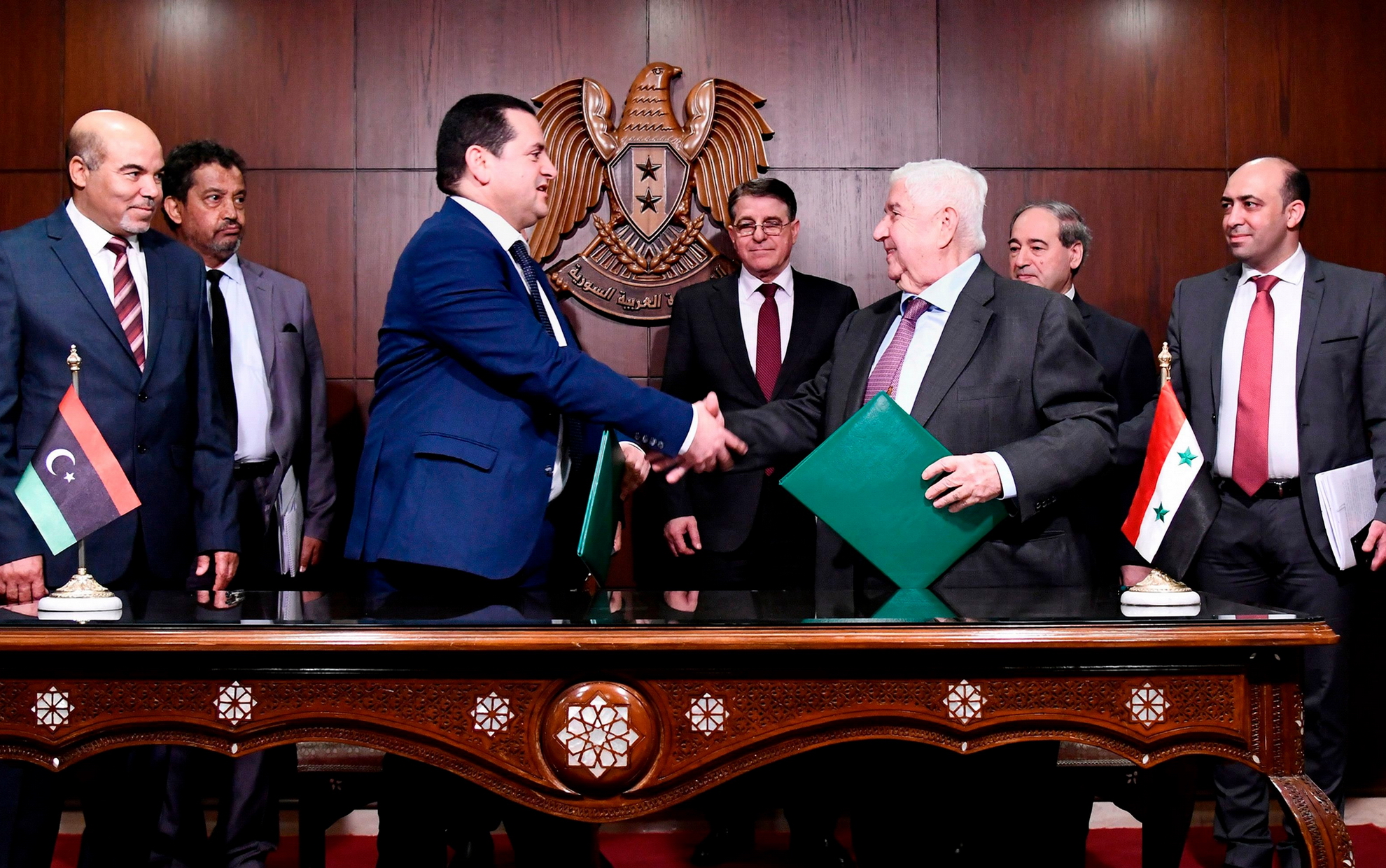 Syrian President Bashar Al Assad discussed today, Monday, with a delegation from the Libyan interim government in eastern Libya, developments in Syria and Libya, and the battle that the two countries are fighting against terrorism and external interference in all its forms.

The Syrian News Agency (SANA) said today that it was stressed that what happens in Syria and Libya is one, and that the war against terrorism is not only a battle for the two countries, especially that it will determine the fate of the region in facing projects that some countries are trying to impose on them through its tools, especially the regime of Turkish President Erdogan, whose policies based on the use of terrorism to achieve political interests have become the main factor in destabilizing the region as a whole.

According to the agency, the two sides discussed activating bilateral cooperation in all fields, which constitutes a diplomatic re-representation between the two countries, its first steps, and the revitalization of relations and ties that unite the two peoples in a way that is mutually beneficial to them, and enhances the elements of their steadfastness in facing all that they are exposed to.

According to what was reported by the “Africa News Portal”, the Syrian Ministry of Information announced that tomorrow, Tuesday, the Libyan embassy in Damascus will be reopened in the presence of a delegation from the interim government in eastern Libya.

The Syrian Ministry of Foreign Affairs signed with its counterpart in the Libyan interim government, on Sunday, a memorandum of understanding regarding the reopening of the headquarters of diplomatic and consular missions and coordination of the positions of the two countries in international and regional forums.