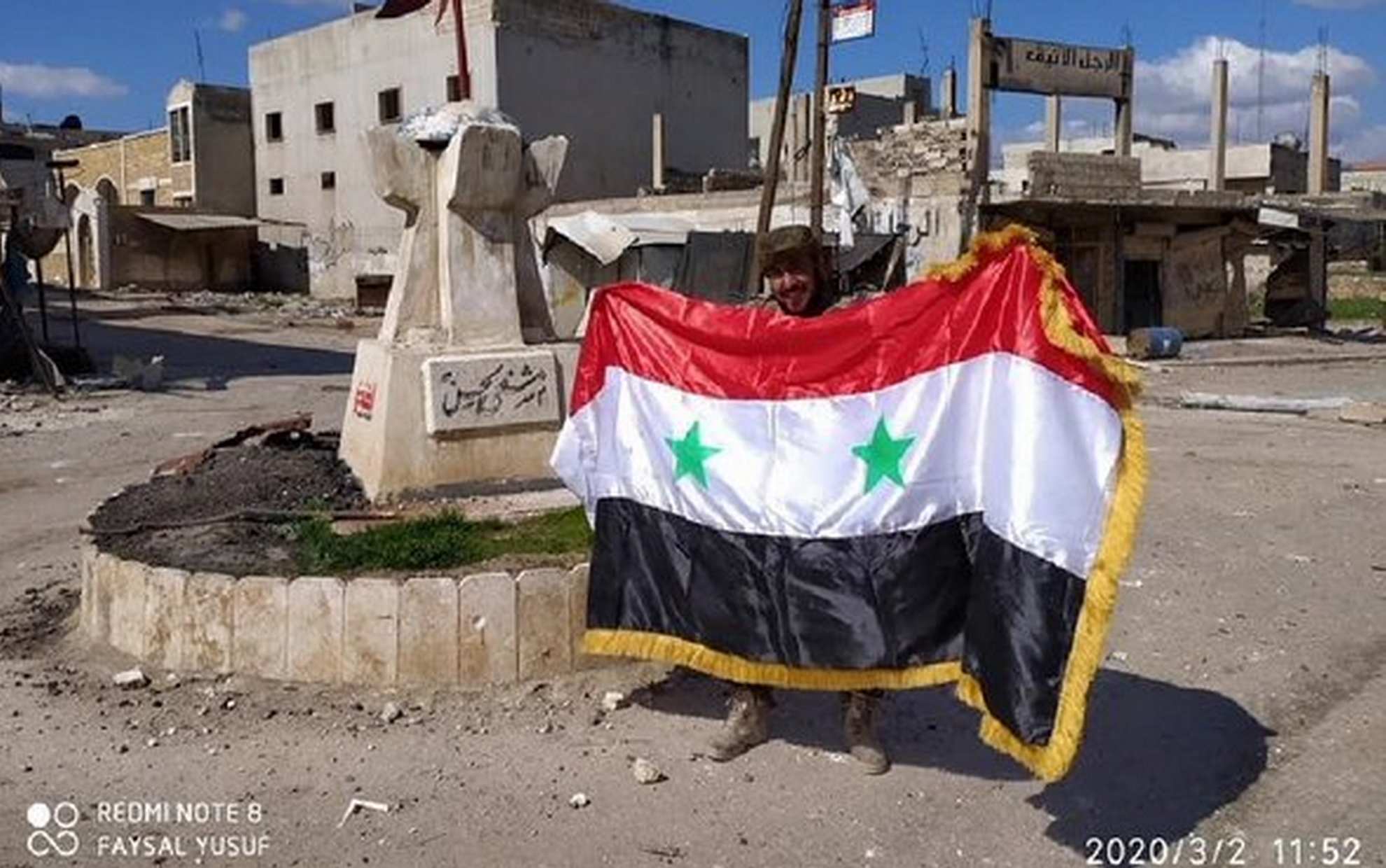 The Syrian Army, with Russian support, entered again the city of Saraqib, which is strategically located in northwestern Syria, after fierce battles against the fighting factions, according to the Syrian Observatory for Human Rights and the Syrian official media on Monday.

The factions, headed by the Al Sham Liberation organization (formerly Al Nusra Front), seized the city, which is the meeting point of two strategic international roads for Damascus, after about three weeks of control by the regime forces.

“The regime forces, with Russian air support, were able to fully regain control of Saraqib, and are currently combing their neighborhoods,” Rami Abdel Rahman, director of the observatory, told AFP.

For its part, the official Syrian news agency, SANA, reported that the army units entered the city “after fierce battles against terrorist organizations backed by the Turkish regime and are working to comb” their neighborhoods.

Later, the Russian army announced that its military police units entered Saraqib late Monday afternoon “given the importance of ensuring security and freedom of movement of civilians and civilians on the M4 and M5 highways.”

Captain Naji Mustafa, a spokesperson for the National Liberation Front, a coalition of opposition factions backed by Turkey, told Agence France Presse that “the forces of (President Bashar) Assad launched a violent attack on Saraqib”, speaking of “very violent clashes inside the city”.

The progress of the Syrian Army, according to the Observatory, came after the introduction of its and its allies, especially the Lebanese Hezbollah, military reinforcements to the city, which is surrounded by violent battles between Al Sham Liberation organization and fighting factions with the support of Turkish artillery on the one hand, and the Syrian Army and armed forces loyal to it on the other hand Supported by raids by Russia.

The observatory counted the killing of 23 combatants on the axes of Saraqib at night.

Iranian forces and groups loyal to them, including Hezbollah, are participating in the fighting alongside Syrian Army forces in and around Idlib.

On Friday, a Turkish bombing of the factions killed ten Hezbollah members near Saraqib, according to the observatory.

The battles are taking place in Idlib due to a major escalation between Turkey and the Syrian Arab Army, which intensified last week after the killing of 33 Turkish soldiers on Thursday in air strikes attributed by Ankara to Damascus.

Ankara responded by targeting Syrian Army forces’ sites with drones or artillery strikes, which, since Friday, have killed 93 members of the Syrian Army, according to the observatory.

On Sunday, Turkish forces shot down two Syrian warplanes in Idlib, where they launched an attack called “the shield of the spring”, while Damascus announced the closure of its airspace in the northwest of the country and threatened to shoot down any plane that violates the Idlib airspace.

On Thursday, Turkish President Recep Tayyip Erdogan heads to Russia for talks with his Russian counterpart, Vladimir Putin, on the escalation in Idlib.

The areas of control of Al Sham Liberation Organization and other opposition factions in and around Idlib since December have been under widespread attack by the Syrian Army, with Russian support, which has enabled them to take control of dozens of towns and villages.