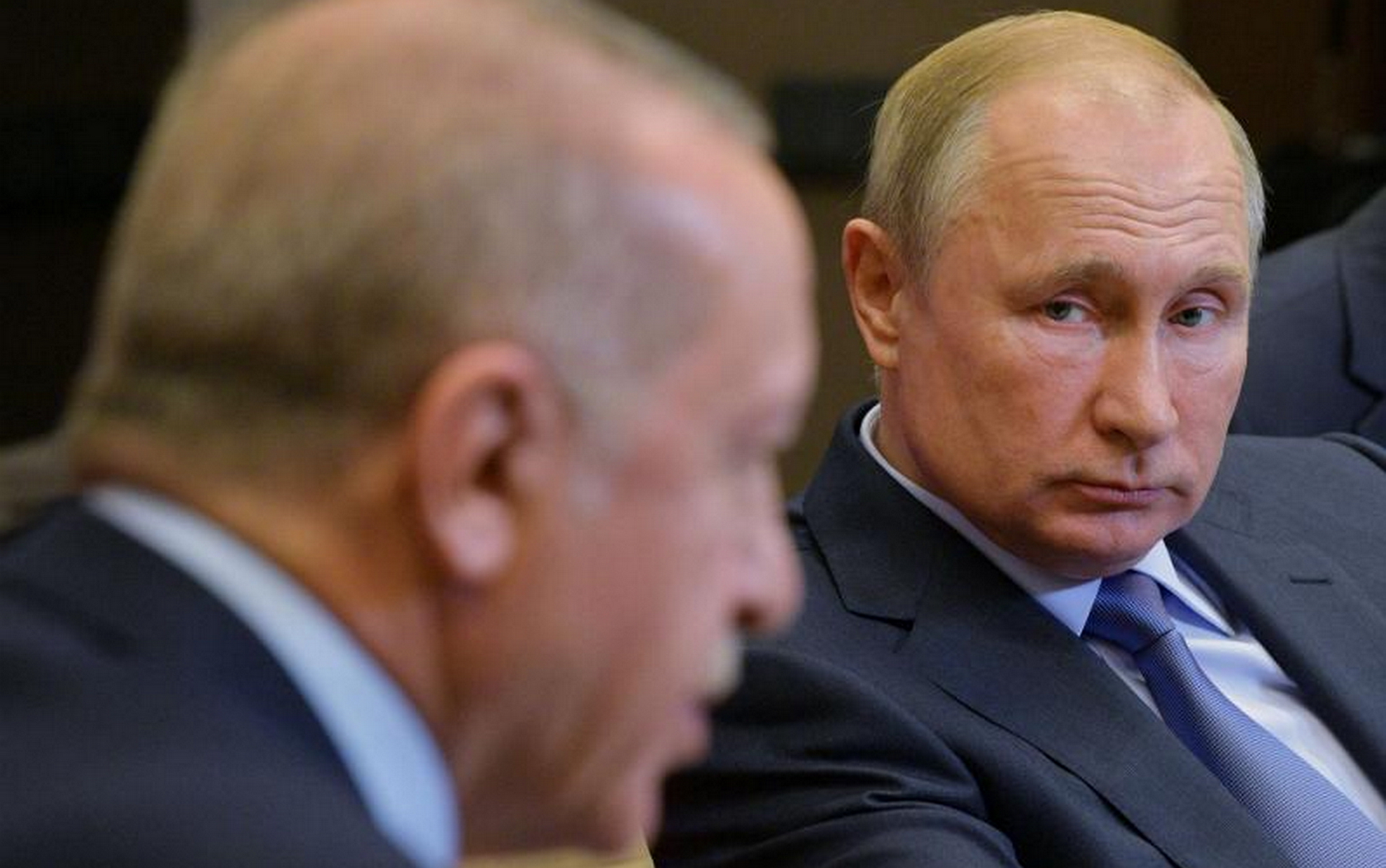 Turkish President Recep Tayyip Erdogan warned Monday that “millions” of migrants and refugees would soon head to Europe, sparking sharp responses from European Union leaders to his attempts to put pressure on them to obtain more aid in the Syrian conflict.

Since Turkey “opened its doors” Friday to refugees and migrants to go to the European Union, thousands of people have gathered on the Turkish border, which raises fears of a new wave of migration, as happened in 2015.

However, Turkey, which is hosting 3.5 million refugees, is seeking to prevent a new wave of asylum from Syria as Syrian Arab Army forces, backed by Russian warplanes, launch a military operation to retake Idlib, the last bastion of militants.

Erdogan said he hoped for a ceasefire in Syria when he meets his Russian counterpart, Vladimir Putin, this week.

He warned that Europe should bear its share of the refugee crisis“.

After we opened our doors, and we received a lot of calls, they said to us close the doors,” he said.

However, I told them it was done, finished.

The doors are open.

Now you have to bear your share of the burden”.

Erdogan said that the numbers of immigrants on the Greek border, including Afghans, Syrians and Iraqis, are much more than the numbers announced by officials and journalists, adding that the numbers there have reached “hundreds of thousands” there.

“The number will increase.

Soon this number will reach millions”.

Greece says it has prevented about 10,000 people from entering its territory in the past two days.

Clashes took place as police fired tear gas at the refugees, who responded by throwing stones.

A video shared by a Turkish official, which could not be independently verified, showed a boat full of migrants exposed to gunfire and harassment by Greek coast guards.

In a desperate attempt, many migrants sought to take alternative routes, and Greek harbor police said a boy died when a boat capsized off the coast of the island of Lesbos.

Athens announced the reinforcement of its patrols and the suspension of asylum applications submitted by people who entered the country illegally – a step condemned by the United Nations High Commissioner for Refugees, saying that it “lacks a legal basis.”

Turkey agreed in 2016 to prevent refugees from going to Europe in exchange for billions of euros in aid, and the European Union insists that Turkey stick to the agreement.

A cease-fire in Idlib?

The refugee issue comes at a time when Turkey is launching a military operation in Idlib, northwestern Syria, in an effort to counter the attack of the Syrian Arab Army.

Nearly a million people were forced to flee the military operation launched by the Syrian Arab Army, in the largest wave of displacement of its kind in the nine-year-old conflict, but they are not allowed to enter Turkish territory.

Although Turkey supports some opposition groups, in exchange for Russian support for the Syrian army, the two sides seek to avoid any direct clash threatening their broader trade and defense ties.

“I hope Putin will take the necessary measures such as a ceasefire and find a solution to this issue,” Erdogan said during a speech in Ankara on Monday.

In turn, the Kremlin said that cooperation with Turkey is a top priority.

“Our armies are in constant contact,” a spokesman said.

The most important thing is that we are now heading for negotiations between Putin and Erdogan.

Turkey supports some opposition factions in Idlib and set up observation points under an agreement with Russia in 2018 that was supposed to prevent a comprehensive attack by the Syrian army.

Nevertheless, the Syrian Arab Army has been making progress since December, and the two have regained control of the town of Saraqib, according to the Syrian Observatory for Human Rights.

Tensions between Turkey and Syria worsened last week when 34 Turkish soldiers were killed in an air strike attributed to Damascus, in the largest toll incurred by Turkey since its intervention in the conflict.

“Air strikes … Were most likely carried out by the Russian Air Force, as Syrian warplanes are not conducting flights at night,” said Anthony Skinner, an analyst at Verisc Miebelcroft.

He added, “However, both Moscow and Ankara have decided to point the finger at Syrian President Bashar Al Assad, indicating that they have no desire for more direct confrontations.”

Turkey responded with an operation in which two Syrian warplanes were shot down on Sunday, while at least 19 Syrian soldiers were killed in drone strikes.

Erdogan said on Monday that the Syrian losses are “only the beginning” unless they withdraw behind the borders agreed under the 2018 agreement.

Damascus responded by confirming its intention to “confront the blatant Turkish aggression with all firmness and put an end to all Turkish interventions in order to preserve the integrity and unity of the Syrian territories.”