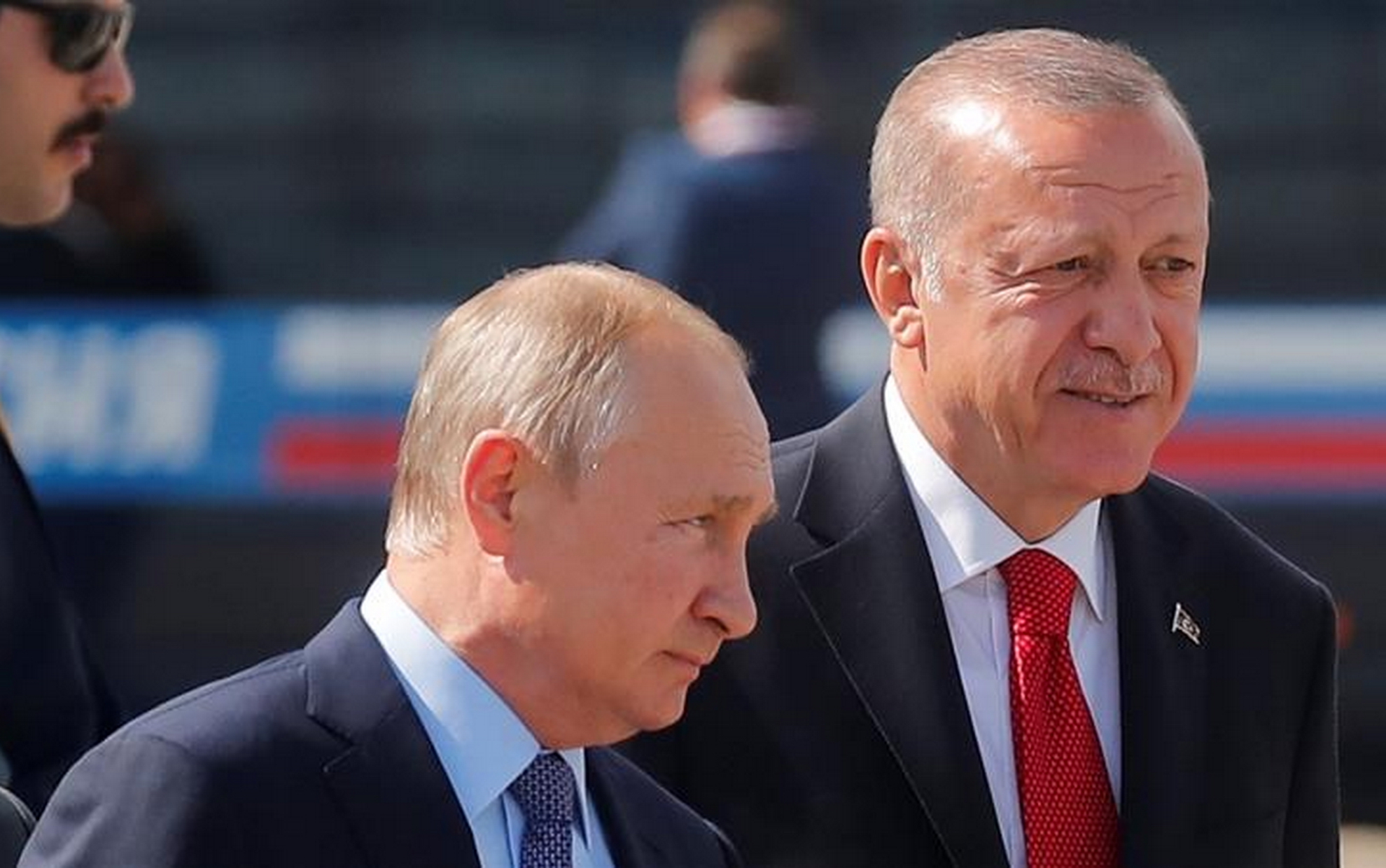 Turkish President Recep Tayyip Erdogan will travel Thursday to Russia for talks with his Russian counterpart, Vladimir Putin, on the escalation in northwestern Syria, where Ankara is launching a military operation against the Russian-backed Syrian regime.

In a statement, the Turkish presidency announced that Erdogan “will travel to Russia on 5 March for a one-day visit.”

This comes at a time when relations between Ankara and Moscow have deteriorated in recent weeks, against the background of the situation in Syria.

On Sunday, Turkey announced the start of a military operation against the Syrian Army in the Idlib area, where it shot down two Syrian warplanes and killed 19 Syrian soldiers.

Ankara launched Operation “Spring Shield” after weeks of escalation, and after killing more than 30 Turkish soldiers last week with air strikes attributed by Ankara to the Syrian army.

Since December, with Syrian air support, the Syrian Arab Army has been waging a bloody operation to restore Idlib, the last bastion of opposition and jihadi groups.

This process has sparked differences between Ankara and Moscow.

Although Turkey supports some opposition groups, in exchange for Russia’s support for Syria, the two sides have strengthened their cooperation on the Syrian file in recent years.

On Saturday, Erdogan asked Putin to “stay away from the path” of Turkey in Syria, stressing that the Syrian army “will pay the price for its attacks.”

Speaking on Sunday about the possibility of a meeting between Erdogan and Putin, Kremlin spokesman Dimitri Peskov said: “It will undoubtedly be a difficult meeting, but the two presidents confirm their desire to settle the situation in Idlib.”

The escalation in Idlib raises the concerns of the international community in light of the deteriorating humanitarian situation in it.

About a million people have been displaced from the province bordering Turkey since the start of the regime in December, in an unprecedented movement of displacement since the conflict began in 2011, which has so far claimed 380,000 lives.

In turn, Russian President Vladimir Putin stressed that Russia does not intend to go to war with anyone, and that it lays the necessary foundation so that other countries also do not have the slightest desire to enter into an armed conflict with Moscow.

He said in an interview with the Russian “TASS” agency: “We will not go to war with anyone.

We will create the conditions so that no one wants to fight us. ”

He pointed out that with regard to defense spending; Russia is ranked seventh in the world, after the United States, China, Saudi Arabia, Britain, France and Japan.

The Kremlin also announced Monday that it attaches “great importance” to cooperation with Turkey in Syria, stressing that a meeting will be held Thursday between the Turkish and Russian presidents in Russia to discuss the escalation in Syrian Idlib.

“We maintain our commitment to the Sochi agreements, the territorial integrity of Syria, and support for the fight against terrorists… And of course we attach great importance to cooperation with our Turkish partners,” Kremlin spokesman Dmitry Peskov said during a phone conference.

Ankara launched a military operation against the Moscow-backed Syrian forces after weeks of escalation in Idlib in northwestern Syria, where it shot down two Syrian warplanes and killed 19 Syrian soldiers.

The most important thing is that we are now heading towards negotiations between Putin and Erdogan, “scheduled for Thursday in Moscow.

He stressed, “Our military experts analyze and assess the situation on the ground,” explaining that the Russian army will work to “ensure aviation security” over the Idlib region.