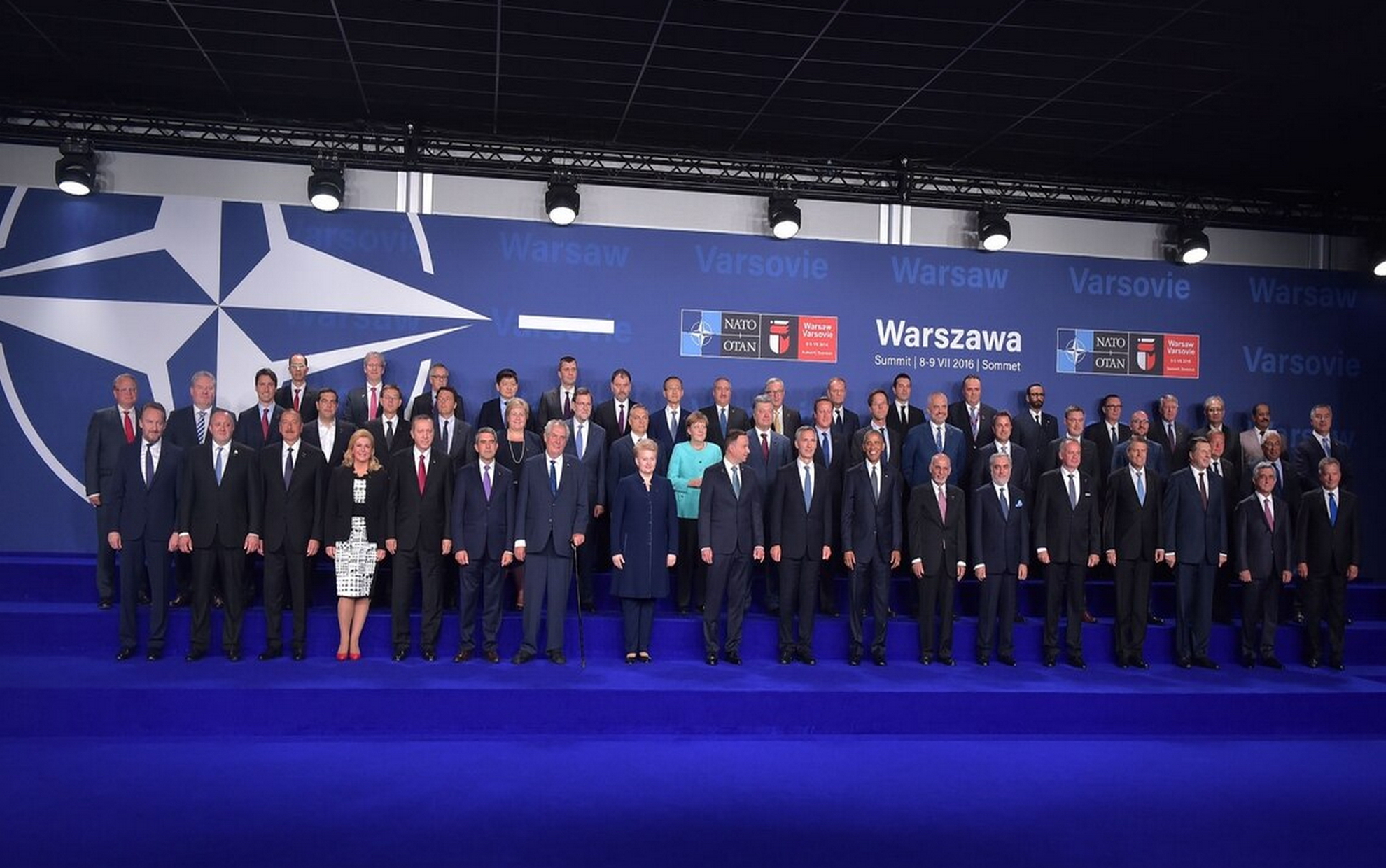 US President Trump will spend the last year of his first term in office bringing the Boys home.

All U.S. troops stationed in the broader Middle East and Africa are expected to withdraw.

However, this withdrawal of troops will in no way mean the end of US governance in these regions of the world. Quite the contrary.

Since 2001 – and this is one of the main reasons for the 9/11 attacks – the United States has secretly adopted the strategy outlined by Donald Rumsfeld and Admiral Arthur Cebrowski.

This strategy was mentioned in the Army Review by Colonel Ralf Peters two days after the attacks and confirmed five years later by the publication of the staff map of the new Middle East.

It was detailed by Admiral Cebrowski’s assistant, Thomas Barnett, in a popular book The Pentagon’s New Map.

It is about adapting the missions of the US armies to a new form of capitalism giving primacy to Finance over Economics.

The world must be divided in two.

On the one hand, stable states integrated into globalization (which includes Russia and China); on the other, a vast area of exploitation of raw materials.

This is why the state structures of the countries in this zone must be considerably weakened, ideally by destroying them and preventing their resurgence by all means.

This “constructive chaos”, as Condoleeza Rice put it, should not be confused with the homonymous rabbinic concept, even though the supporters of the Theo politics have done everything in their power to do so. It is not a question of destroying a bad order in order to rebuild a better one, but of destroying all forms of human organization in order to prevent any form of resistance and to allow transnationals to exploit this area without political constraints.

It is therefore a colonial project in the Anglo-Saxon sense of the term (not to be confused with a colonization of settlement).

In beginning to implement this strategy, President George Bush Jr. spoke of a “war without end.

Indeed, it is no longer a question of winning wars and defeating opponents, but of making them last as long as possible, “a century” he said. In fact, this strategy has been applied in the “Broader Middle East” – an area stretching from Pakistan to Morocco and covering the entire CentCom theatre of operations and the northern part of the AfriCom theatre of operations.

In the past, the IMs guaranteed US access to oil from the Persian Gulf (Carter doctrine).

Today, they are present in an area four times larger and aim to overturn any form of order.

The state structures of Afghanistan since 2001, Iraq since 2003, Libya since 2011, Syria since 2012 and Yemen since 2015 are no longer capable of defending their citizens.

Contrary to official discourse, there has never been any question of overthrowing governments, but rather of destroying states and preventing their reconstitution.

For example, the situation of the people of Afghanistan did not improve with the fall of the Taliban 19 years ago, but is getting worse and worse by the day.

The only counter-example could be that of Syria, which, in accordance with its historical tradition, has kept its state despite the war, absorbed the blows, and although ruined today, has weathered the storm.

It should be noted in passing that the Pentagon has always considered Israel as a European state and not as a Middle Eastern state.

It is therefore not affected by this vast upheaval.

In 2001, the enthusiastic Colonel Ralf Peters assured that ethnic cleansing “it works!”, but that the laws of war forbade the USA to carry it out itself.

Hence the transformation of Al Qaeda and the creation of Daesh, which did for the Pentagon what it wanted but could not undertake publicly.

To understand the Rumsfeld/Cebrowski strategy, it should be distinguished from the “Arab Spring” operation, imagined by the British on the model of the “Great Arab Revolt”.

The idea was to put the Muslim Brotherhood in power, just as Lawrence of Arabia had put the Brotherhood of the Wahhabites in power in 1915.

Westerners in general have no vision of the broader Middle East as a geographical region.

They know only certain countries and perceive them as isolated from each other.

In this way, they convince themselves that the tragic events that these peoples are enduring are all due to special reasons, in some cases civil war, in others the overthrow of a bloodthirsty dictator.

For each country, they have a well-written history of the reason for the tragedy, but they never have one to explain that the war lasts beyond that, and they certainly do not want to be asked about it.

Each time, they denounce the “carelessness of the Americans” who could not end the war, forgetting that they rebuilt Germany and Japan after the Second World War. They refuse to acknowledge that for two decades the United States has been implementing a pre-stated plan at the cost of millions of lives. They therefore never see themselves as responsible for these massacres.

The United States itself denies that it is pursuing this strategy with regard to its citizens.

For example, the inspector general investigating the situation in Afghanistan wrote a report lamenting the countless missed opportunities for the Pentagon to bring peace when precisely the Pentagon did not want peace.

In order to pulverize all the states of the broader Middle East, the Pentagon organized an absurd regional civil war in the manner it had invented the pointless war between Iraq and Iran (1980-88).

Eventually President Saddam Hussein and Ayatollah Khomeini realized that they were killing each other for nothing and made peace against the West.

This time it was the opposition between Sunnis and Shiites.

It does not matter whether Wahhabi Saudi Arabia and Khomeini Iran fought together under NATO command during the war in Bosnia-Herzegovina (1992-95), alternatively, whether many troops of the “Axis of Resistance” are not Shiite (100% of the Palestinians of Islamic Jihad, 70% of the Lebanese, 90% of the Syrians, 35% of the Iraqis and 5% of the Iranians).

No one knows why these two camps are fighting each other, but they are asked to bleed each other.

One third of the populations of the Shia Axis of Resistance are not Shia.

In any case, in 2014, the Pentagon was preparing to recognise two new states in accordance with its map of objectives: “Free Kurdistan” (fusion of the Syrian Rojava and the Kurdish Governorate of Iraq to which part of Iran and all of eastern Turkey were to be added at a later date) and “Sunnistan” (composed of the Sunni part of Iraq and eastern Syria). By destroying four states, the Pentagon paved the way for a chain reaction that would in turn destroy the entire region.

Russia then intervened militarily and enforced the borders of the Second World War. It goes without saying that these are arbitrary, stemming from the Sykes-Picot-Sazonov agreements of 1915, and sometimes difficult to bear, but changing them by blood is even less acceptable.

The Pentagon’s communication has always pretended to ignore what was at stake. Both because it does not publicly assume the Rumsfeld/Cebrowski strategy and because it equates the Crimea’s accession to the Russian Federation with a coup de force.

The moult of supporters of the Rumsfeld/Cebrowski strategy

After two years of fierce fighting against President Trump, the general officers of the Pentagon, almost all of whom were personally trained by Admiral Cebrowski, submitted to him under conditions. They agreed not to
create a terrorist state (Sunnistan or Caliphate);
change borders by force;
maintaining US troops on the battlefields of the Broader Middle East and Africa.

Then everything unfurled as smoothly as a player piano roll.

Having thus shown that he remained the master of the game by eliminating the most symbolic personalities of both sides, claiming it, and without incurring any significant retaliation, Secretary of State Mike Pompeo revealed the final scheme on January 19 in Cairo. He plans to pursue the Rumsfeld/Cebrowski strategy no longer with the US armies, but with those of NATO, including Israel and the Arab countries.

On the 1st of February, Turkey made its break with Russia official by assassinating four FSB officers in Idleb. Then President Erdogan went to Ukraine to chant the motto of the Banderists (the Ukrainian legionnaires of the Third Reich against the Soviets) with the Ukrainian National Guard and receive the head of the International Islamist Brigade (the anti-Russian Tatars), Mustafa Djemilev (known as “Mustafa Kırımoğlu”).

On February 12 and 13, the Defence Ministers of the Atlantic Alliance noted the inevitable withdrawal of US forces and the forthcoming dissolution of the International Coalition Against Daesh. While stressing that they were not deploying fighting troops, they agreed to send their soldiers to train those of the Arab armies, i.e. to supervise the fighting on the ground.

NATO trainers will be deployed primarily to Tunisia, Egypt, Jordan and Iraq. For example:

Libya will be encircled in the west and east. The two rival governments of Fayez el-Sarraj -supported by Turkey, Qatar and already 5,000 jihadists from Syria via Tunisia- and Marshal Khalifa -supported by Egypt and the Emirates- will be able to kill each other forever.

Germany, happy to regain the international role it has been deprived of since the Second World War, will play the gadfly by talking about peace to cover the moans of the dying.

Syria will be surrounded on all sides. Israel is already a de facto member of the Atlantic Alliance and bombs whoever it wants whenever it wants. Jordan is already NATO’s “best global partner”. King Abdullah II came to Brussels on January 14th for lengthy talks with the Secretary General of the Alliance, Jens Stoltenberg, and attended a meeting of the Atlantic Council. Israel and Jordan already have permanent offices at Alliance Headquarters. Iraq will also receive NATO trainers, although its parliament has just voted to withdraw foreign troops. Turkey is already a member of the Alliance and controls northern Lebanon through the Jamaa Islamiya . Together, they will be able to enforce the US ’Caesar’ law forbidding any company from anywhere to help in the reconstruction of this country.

Thus, the pillaging of the wider Middle East, which began in 2001, will continue. The martyred populations of this region, whose only fault is to have been divided, will continue to suffer and die en masse. The United States will keep its soldiers at home, warm and innocent, while the Europeans will have to take responsibility for the crimes of the US generals.

According to President Trump, the Alliance could change its name to NATO-Middle East (NATO-MO/NATO-ME). Its anti-Russian function would take a back seat to its strategy of destroying the non-globalized zone.

The question arises as to how Russia and China will react to this redistribution of the cards. China needs access to raw materials from the Middle East in order to develop. It should therefore oppose this Western takeover even though its military preparation is still incomplete. On the contrary, Russia and its huge territory are self-sufficient. Moscow has no material reason to fight. The Russians may even be relieved by NATO’s new orientation. It is likely, however, that, for spiritual reasons, they will not let Syria down and may support other peoples in the wider Middle East.