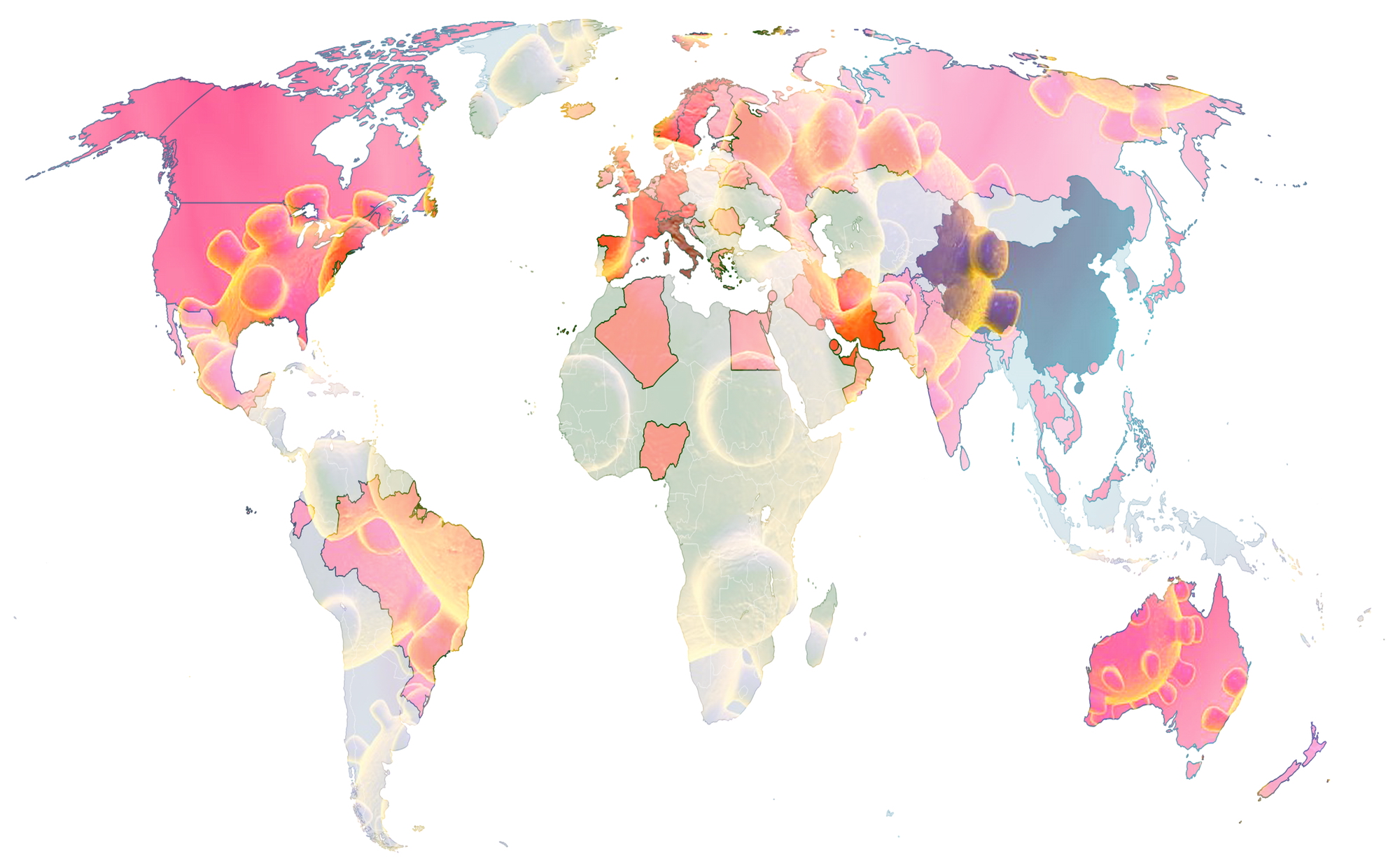 The first death of the new Corona in the United States was recorded, in addition to the death of two people in France, industrial production in China fell to its lowest level, and the match between Juventus and Inter Milan in Italy was postponed.

Here are the latest developments in the world virus over the past 24 hours:

The virus has spread to sixty countries

The virus has infected 85,919 people and has killed 2941 victims worldwide, according to a toll compiled by AFP from official sources up to 5 pm GMT on Saturday.

China (excluding Hong Kong and Macao), where the epidemic occurred at the end of December, recorded over 79,000 infections, including 2,835 deaths.

In the rest of the world, the virus has spread to about 60 countries and regions.

There is another worrying sign in this country, with the first repeated case of infection recorded.

In Iran, the authorities recorded nine new deaths, which brought the toll to 43 deaths and 593 injuries.

However, BBC Radio Persian quoted medical sources as saying that the number of deaths exceeded 210, which the government denied.

The new Corona virus has infected more than a thousand people in Italy, of whom 29 have died.

After recording 100 infections since the end of January, including two deaths, France has become the second epicenter of the new Corona virus in Europe, after Italy.

The first death was recorded in the United States, which announced the detection of four cases of Covid-19 virus, unknown to the source of infection.

Monaco, Qatar and Ecuador have reported the first cases.

Threats to the global economy

In China, industrial production fell to its lowest level, after authorities took strict measures to contain the spread of the virus.

The National Bureau of Statistics said that the impact of the virus is “more severe” in the services sector (transport, hotels, restaurants and tourism).

The US Federal Reserve announced its readiness to intervene in the event it was required. He considered that the “fundamentals of the American economy” are still “solid.”

The Italian government has adopted a series of financial measures to support the severely hit tourism sector.

A Black week for stock exchanges

Global stock markets, fearful of devastating consequences for the virus on the economy, recorded the worst week since the financial crisis in 2008.

Wall Street closed Friday, the largest daily losses since the height of the financial crisis.

The Dow Jones industrial average has fallen more than 12 percent over the past five days.

Major Asian and European stock exchanges closed down ranged between 3 percent and 5 percent.

Oil prices continued to decline and reached their lowest levels in more than a year.

The United States recommended its citizens to avoid unnecessary travel to Italy, which saw more than half of the tourist reservations canceled until the end of March.

In Saudi Arabia, after suspending the issuance of tourist visas to citizens of the most affected countries, citizens of the Gulf Cooperation Council countries were prevented from entering Mecca and Medina.

Lebanon announced the closure of schools and universities for a week, and denied entry to travelers from China, Iran and South Korea.

Washington indefinitely postponed the Association of Southeast Asian Nations (ASEAN) summit that was expected to take place in March in Las Vegas.

In Italy, it postponed five football matches that would take place this weekend, including the upcoming Juventus and Inter Milan teams, which were postponed to May 13.

France announced the cancellation of any “gathering of more than 5,000 people” in closed places and some outdoor activities such as the Paris half-marathon, which was scheduled to take place on Sunday.

The authorities also announced the cancellation of the last day of the Agriculture Fair.

For its part, the Algerian Ministry of Health said on Saturday that it had not registered any new cases of the new mutated Corona virus (Covid-19).

In a statement, the Ministry confirmed that there was only one confirmed case of this disease, which is related to an Italian citizen who was deported to his country on Friday evening, on a private plane with medical assistance.

The ministry also noted that “the monitoring and vigilance arrangements that were put in place to confront the virus regularly are being strengthened to address the evolving situation.”