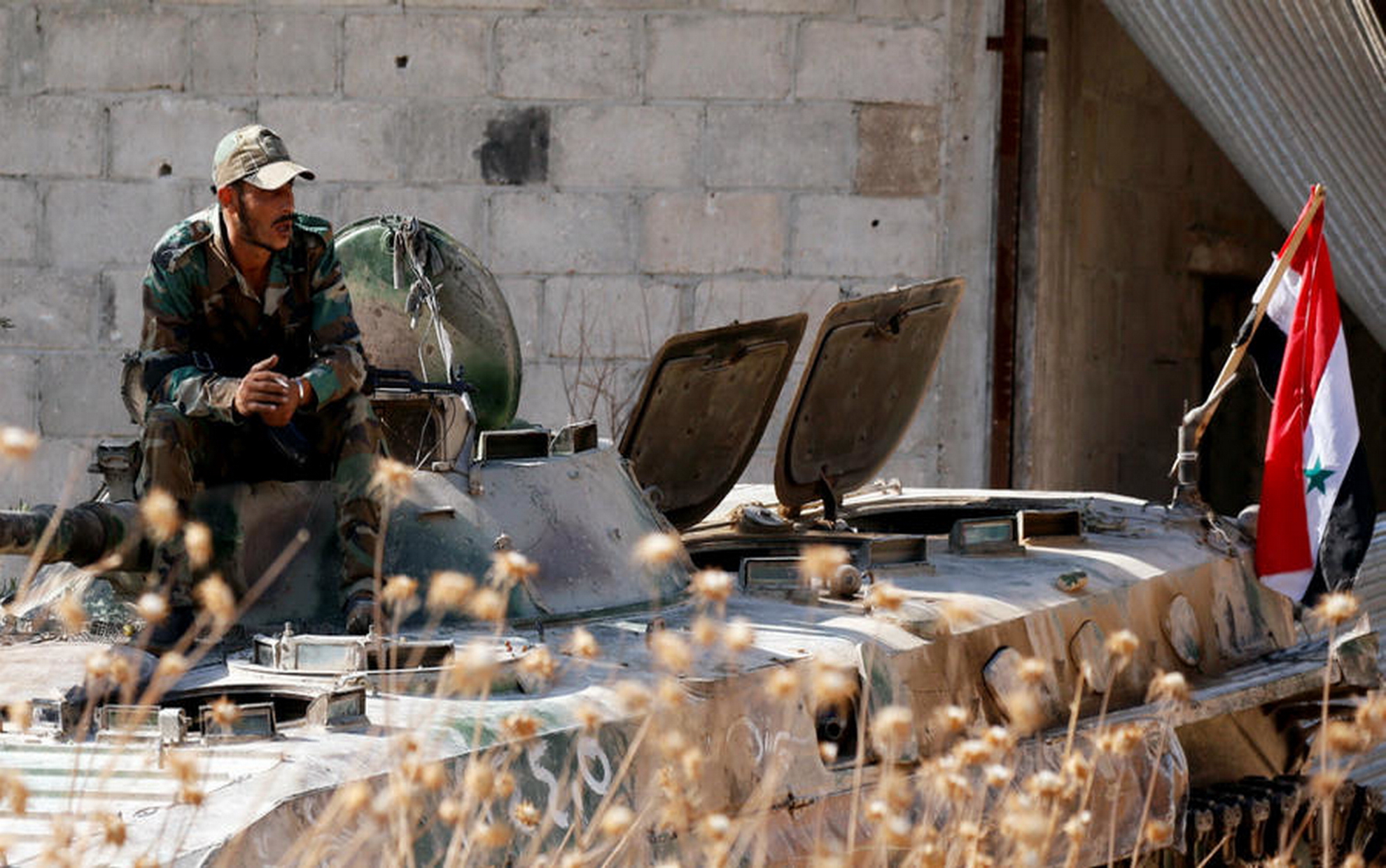 Twenty-six members of the Syrian Arab Army were killed by raids carried out by Turkish planes in northwestern Syria on Saturday, according to the Syrian Observatory for Human Rights.

The observatory said that the drones targeted the locations of the Syrian Arab Army in Idlib and Aleppo countryside, in a process that comes hours after Turkish President Recep Tayyip Erdogan vowed to respond to the killing of more than 30 of his soldiers in Syria on Thursday.

There were reports that the Syrian opposition factions, backed by the Turkish army, had regained control of six villages in Idlib and Hama provinces, in central Syria, after battles with the Syrian Arab Army.

The military commander of the Free Syrian Army, Brigadier Fateh Hassoun said: “Our forces, in cooperation with the Turkish army, regained control of 6 villages and towns, namely Kafr Awayd, Haluba, Sufouhn, and Tal Al Qanater in Jabal Al Zawiya in Idlib countryside, as well as control of the villages of Duqmaq Qalidin and Al Zuqam in the Al Ghab Plain in the western Hama countryside.”

The military commander added that the battles resulted in the death of more than 25 members of the Syrian army, including a brigadier general, a captain, and a first lieutenant.

The military commander explained that the Turkish heli flying had played a big role in targeting the Syrian army forces on the axes of the town of Kafr A’wid, which led to the collapse of their ranks and their withdrawal.

Brigadier Hassoun revealed to the German News Agency (dpa) that our forces are preparing today for a major attack to retake the town of Kafr Nabl, which was controlled by the Syrian Arab Army a few days ago.

More than 15,000 Turkish soldiers are deployed in Idlib Governorate, targeting Syrian Arab Army sites that have controlled most of Idlib and Aleppo countryside.