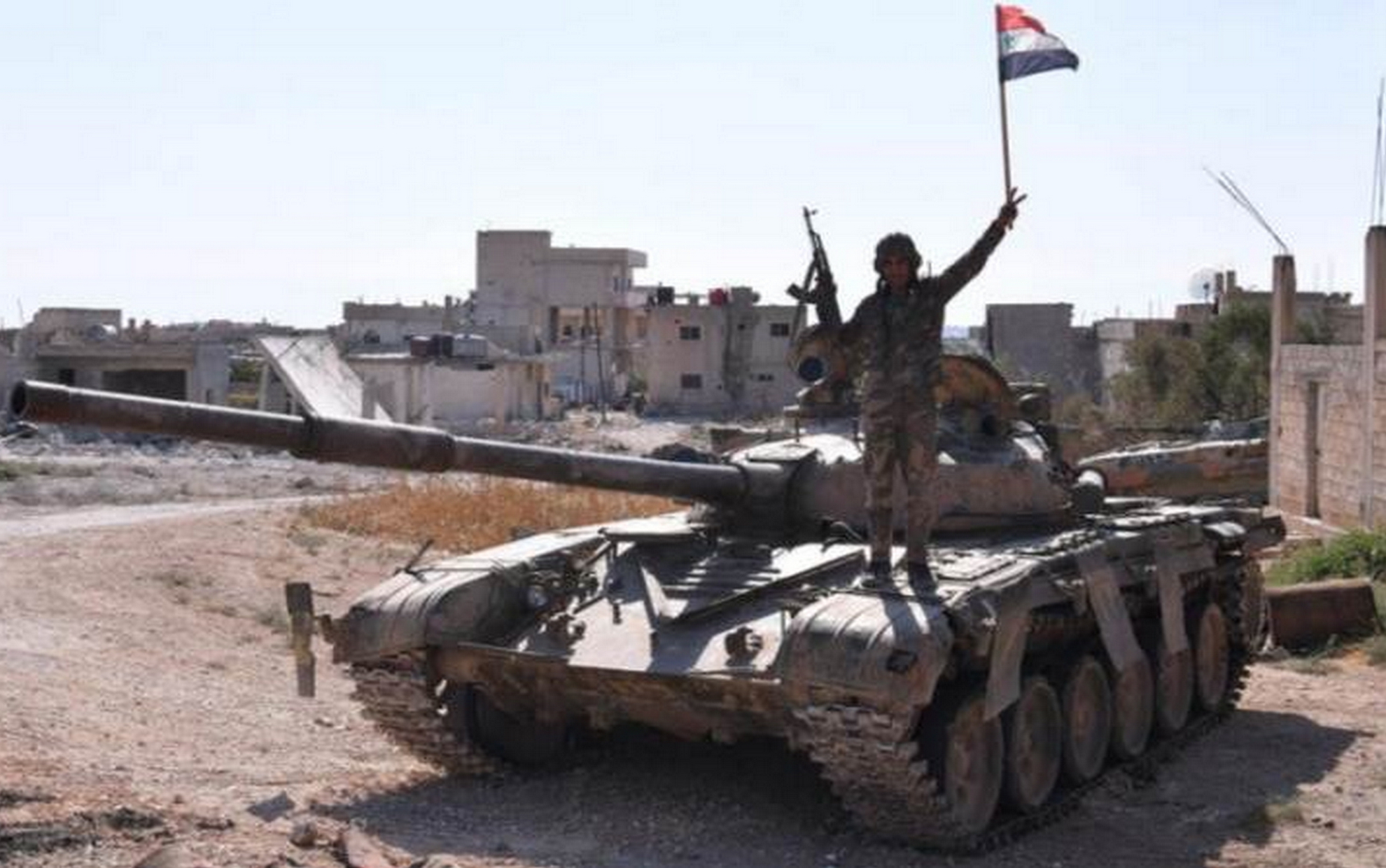 The Syrian army took control of the town of Efs in Idlib countryside, thus completing the siege on the strategic city of Saraqib, including surrounding four observation posts deployed by a Turkish woman around the city, to prevent it from falling into the hands of the impulsive Syrian forces.

It has a town and Sheikh Mansour from the east.

There were reports of the Syrian army controlling Saraqib, but this is denied by the facts of the field so far.

However, the Syrian army is actively seeking to control Saraqib before stopping the military operation to achieve the opening of international roads between Aleppo, Damascus, Aleppo, and Latakia.

Turkish President Recep Tayyip Erdogan has given a deadline for the withdrawal of the Syrian army from the vicinity of Turkish observation posts at the end of February, otherwise Turkish forces will launch a military operation in Idlib, in clear defiance of Russia.

The Syrian Foreign Ministry expressed its disapproval of the Turkish President’s insistence to continue lying and misleading about his behavior in Syria, stressing that his statements regarding the Adana agreement reaffirm his lack of respect for any commitment or agreement, whether within the framework of Astana or the Sochi understandings.

In this regard, Syria affirms that the Adana Agreement imposes coordination with the Syrian government as an agreement between two countries, and therefore Erdogan cannot, according to the requirements of this agreement, act unilaterally.

The source added: In addition to this, the Adana agreement to ensure border security between the two countries is already aimed at combating terrorism, but what Erdogan is doing is protecting his tools from terrorist groups that have been provided to him and are still various forms of support that are falling apart and facing the progress of the Syrian Arab Army and the project collapses with it Erdogani in Syria.

The General Command of the Syrian Army and Armed Forces announced in a statement that at exactly 2:00 am on Thursday, in clear synchronization with the Israeli air aggression, and even under its cover, a Turkish military convoy comprising a number of vehicles and armored vehicles entered and crossed towards the Syrian territories.

The General Command of the army said in a statement that the Turkish military convoy was deployed on a line between the towns of Bunche, Ma`rat Misrin Taftanaz, with the aim of protecting the terrorists, headed by the “Al Nusra Front” and obstructing the progress of the Syrian Arab Army and preventing it from completing the elimination of organized terrorism that besieges civilians in Idlib Governorate and takes them as hostages and shields Mankind have.

The statement added, “The simultaneous Israeli and Turkish efforts and those who support armed takfiri terrorism will not succeed in discouraging our righteous soldiers from pursuing their field missions until the entire Syrian soil is cleared of the abomination of armed terrorist organizations”.

On the Aleppo countryside front, the Syrian Arab Army units made new progress in the southern countryside of Aleppo, liberating the villages of Jazaria and Zammar, about 40 km south of Aleppo, near the administrative borders of Idlib Governorate.