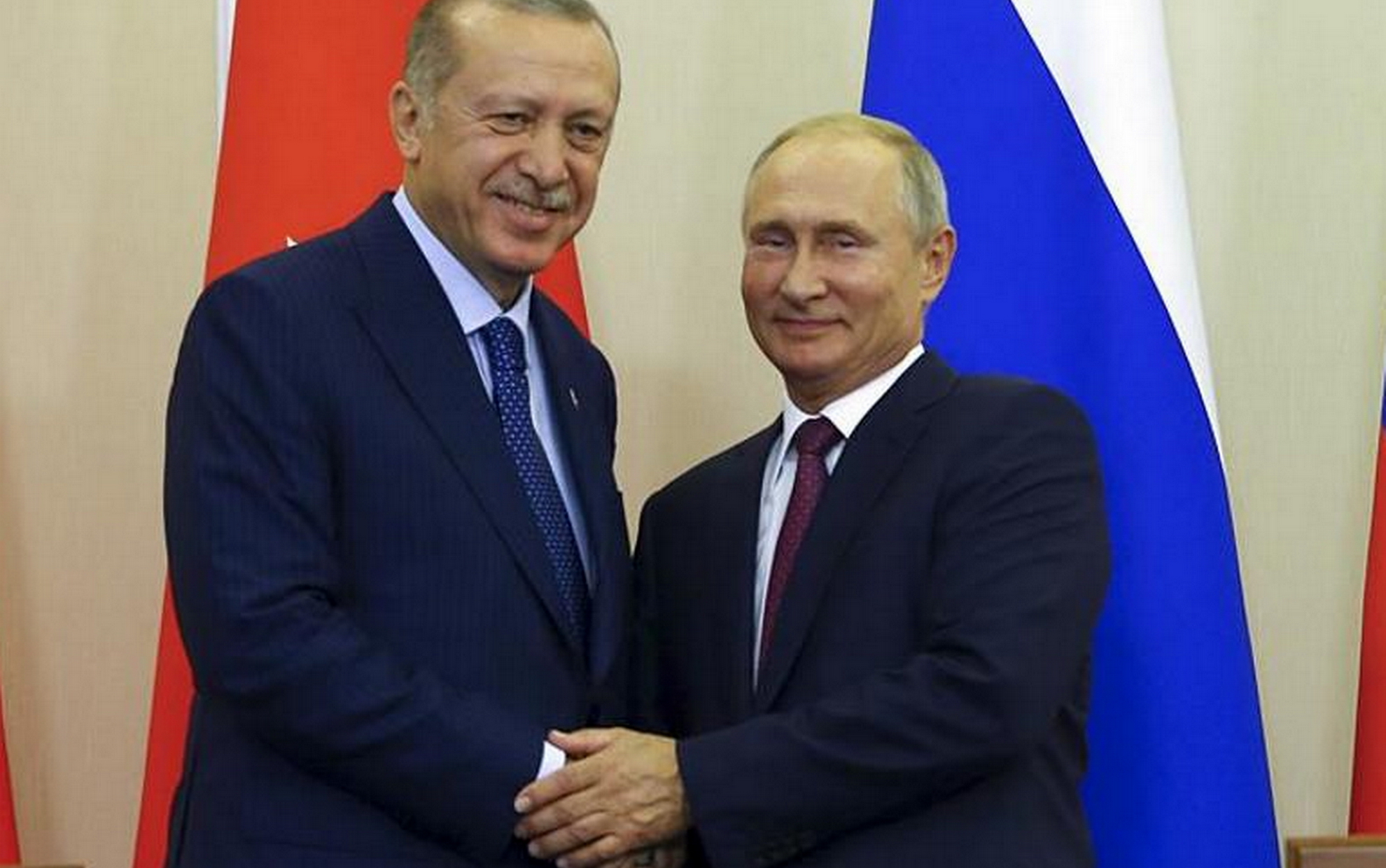 When Turkey bombed the positions of the Syrian army, Russia’s ally, with planes and artillery, and killed dozens of Syrian soldiers in response to the killing of a number of Turkish soldiers in a Syrian bombing of Turkish sites in the Syrian province of Idlib, the Russians remained almost completely silent.

The current military confrontation between the Syrian army and the Turkish forces in Idlib province is considered the worst crisis facing Turkish-Russian relations since the Turkish projection of a Russian fighter on the Syrian-Turkish border in 2015.

This crisis represents a test for the relationship between Russian President Vladimir Putin and his Turkish counterpart Recep Tayyip Erdogan, which is similar to “Marriage of Interest ”, while the two leaders are competing for influence in the Middle East and Eastern Mediterranean.

The Russian silence over the Turkish attack on the Syrian army came to show how it is possible that the balance has changed in the sensitive relationship between the Russian and Turkish leaders.

The relationship between Moscow and Ankara has continued, even with Turkey refusing to “excuse” by saying that Russia does not control the Syrian government forces in Idlib province, and even after Erdogan informed his Russian counterpart in a phone conversation, that his country will respond “with the greatest force” to any new attacks he launches. The Syrians over the Turkish forces.

“It is difficult for Putin to work with Erdogan, who is deeply bothering him, but Putin has no other option … Russia cannot work in the Middle East if it enters into a dispute with Turkey, in which case it will face problems”, Bloomberg news agency quoted Gleb Pavlovsky, a former Russian presidential adviser, as saying big”.

The current Turkish-Russian partnership appears to be an essential tool for the two sides to achieve their strategic goals in light of the decline in American influence in the region.

This partnership also allows for huge dealings in the field of energy and arms deals.

Although Putin heads a strong country, he does not have many tools to rein in Erdogan, who can benefit from his country’s relations with the United States in maneuvering with Russia.

The growing disagreement between Moscow and Ankara over Syria, where each side supports one of the parties to the Syrian conflict, but they cooperate together to end this conflict, also applies to the Libyan file.

The Turkish military intervention in Libya earlier this year thwarted the attempt by Field Marshal Khalifa Haftar, the leader of the so-called Libyan National Army in eastern Libya and a Russian ally, to take control of the capital, Tripoli.

“We do not want to deteriorate our strategic relationship with Russia on Syria … but of course our primary is our national interests”, Bloomberg news agency quoted a Turkish official who declined to be identified.

Another high-ranking Turkish official says that relations with Russia have reached their most difficult stage in years, and they seem to be heading for the worst.

The increase in tensions between Ankara and Moscow comes in the wake of a marked improvement in relations that had deteriorated after the accident of the downing of the Russian fighter jet in 2015, when Russia sided completely with Erdogan in the wake of the failed coup attempt in 2016, at a time when Ankara was subject to criticism by the states United and its other allies in NATO.

Putin seized the opportunity to win Erdogan’s friendliness by providing him with advanced missile defense systems that the United States refuses to provide to Ankara, which has strained relations between Turkey and America, the two largest countries in NATO.

Putin then offered Erdogan to sell the latest Russian ghost aircraft after America’s decision to exclude Turkey from the US F-35 fighter development program in protest against Turkey’s purchase of the Russian missile defense system the S400.

A third Turkish official says, in comments to Bloomberg, that Turkey has lost confidence in America and does not fully trust Russia, despite the fact that the relationship with Moscow provides Ankara with more independence of foreign policy.

A Russian official said that Moscow is sticking to the partnership with Ankara after the S400 deal, which was valued at $ 2.5 billion, because the challenge of a key member of NATO, Turkey, to the United States, the largest country in the alliance, is of great importance for Russian security policy.

Nevertheless, the possibilities of escalating the dispute between the Russians and the Turks are still present strongly, as Turkey uses its military forces to prevent the forces of Syrian President Bashar Al Assad from regaining control of Idlib province, which is the only remaining province outside the control of government forces, along with the oil-rich northeastern region of Syria.

Turkey justifies its rejection of any Syrian attack on Idlib governorate by fear that it will lead to a new wave of displacement for Syrians to Turkish territory.

Erdogan calls on Russia to distance itself from this conflict with Syrian President Bashar Al Assad, while the Kremlin condemns what it says are the “continued activities of terrorist groups” in the province.

Masoud Hakki Cazin, professor of law at the Turkish University of Yidtepe in Istanbul and a member of the Consultative Council for Foreign and Security Policy for Erdogan, says that Turkey seeks to “manage a difficult situation alongside Russia” in Idlib, but if the interests of the two countries continue to clash, neither of them will win, and Turkey will win.

It wants to avoid shifting interest from Idlib to northeastern Syria, where Turkey has set up a buffer zone to ensure the removal of the Syrian Kurdish forces away from the Turkish border, according to Andrei Paklanov, a former Russian diplomat in the Middle East.

He added, “Our patience and patience with the Syrians towards Turkey, will run out in A specific moment”.