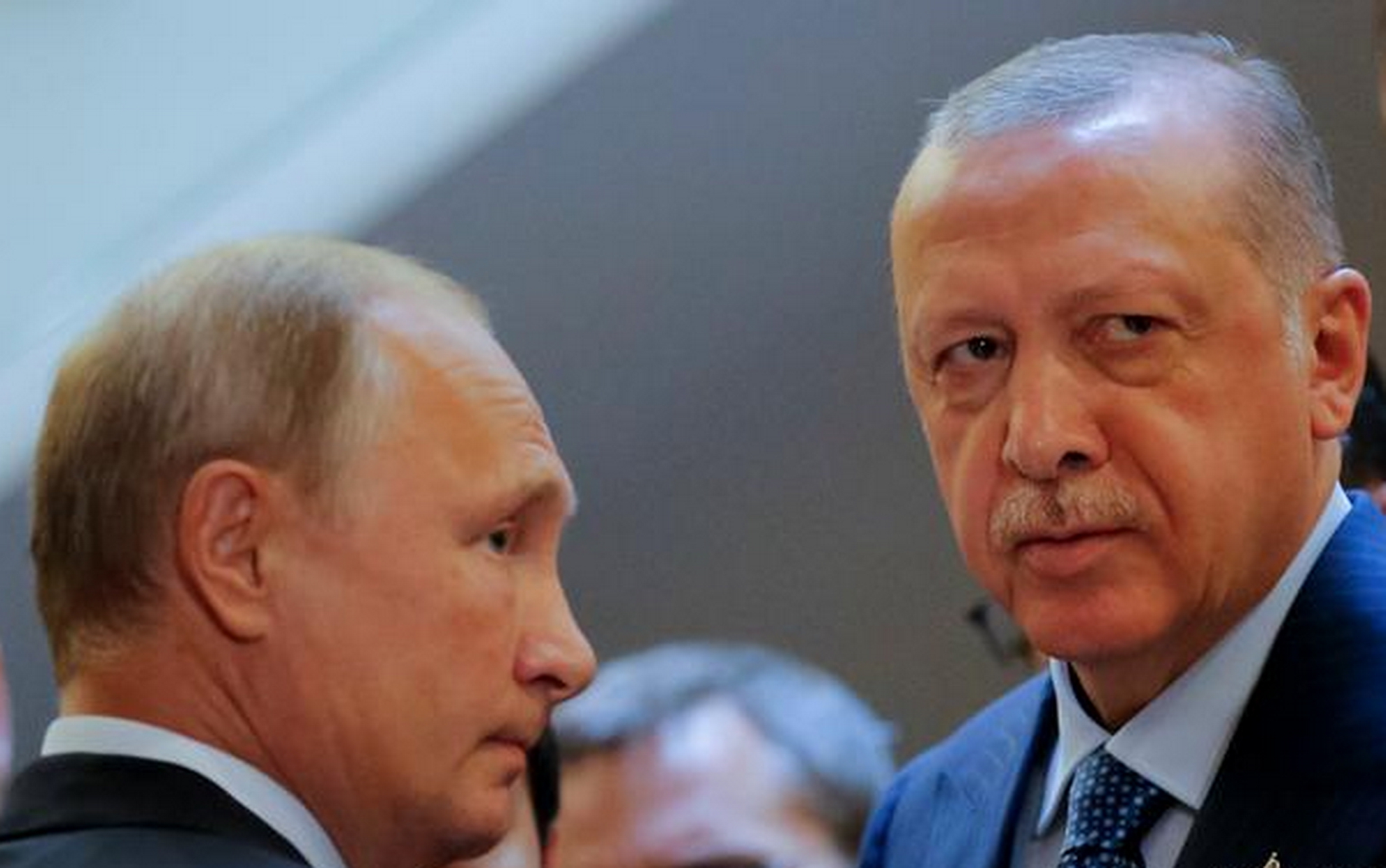 Let us forget about everything we saw, heard and seen in Syria since the beginning of the events there in June 2011.

Let’s forget the formation of the “Free Syrian Army” and “Syrian National Council” in Turkey, and forget about Turkish coordination and cooperation with Western capitals and Gulf regimes to finance and arm jihadists And transported them from all over the world to Syria across the borders and Turkish territory, according to Hamad bin Jassim.

Let’s also forget what Erdogan and Turkish officials said against “Safavid Shiite Iran”, then we ignore Ankara’s official and media stance against Moscow that Erdogan and Turkish officials accused of “supporting the Syrian regime and preventing its downfall”, first through the use of the veto in the UN Security Council, and secondly through direct military support After September 30, 2015.

And let’s also forget that Turkey shot down the Russian plane in Syrian airspace on November 24, 2015, after which the Russian ambassador in Ankara was killed.

Let us put all the data in the context of conspiracy theories, as long as we live in the Middle East, and the gossip and rituals in it are the habit of the ignorant and the “intellectuals” who like them.

As long as we have forgotten or forgotten everything, and we start looking at things from the viewpoint of President Putin, things must be set on another path.

On June 27, 2016, Erdogan apologized to Putin for the downing of the Russian plane, and then met in Petersburg on August 10, amid media information that spoke of a Russian role in thwarting the coup attempt by the followers of Fathallah Golan on July 15, 2016, This is what Erdogan exploited to control all the state’s organs and institutions, the most important of which is the army, intelligence, security, judiciary, media, and money, after getting rid of tens of thousands of Golan followers and supporters who were in those institutions, then excluding all Erdogan’s opponents from whatever their tendencies and political affiliations.

The green light that Putin lit for the Turkish army came to enter Jarablus on August 24, 2016 to open a new and strategic page in personal relations between Erdogan and Putin and in the relations between the two countries, and we moved to an advanced stage of cooperation with the spread of the Turkish army and its control over the entire West of the Euphrates, including Afrin, which was controlled by the Kurdish militias that suffered the most defeat in the Turkish-Russian agreement, thanks to which the Turkish army entered east of the Euphrates on October 9, 2019, on the twenty-first anniversary of the departure of the PKK leader Abdullah Ocalan from Syria in 1998.

Thanks to this “intimate relationship” between Putin and Erdogan, – and God knows best its secrets – the Astana track, to which Iran joined, was launched.

This helped the Syrian state to liberate many areas of war or reconciliation, so all the militants were transferred from all over Syria to the Turkish-controlled areas west of the Euphrates, including Idlib, where the two sides were not fortunate to address their issue despite the mutual “positive intentions” between the two parties.

This is the picture of the situation in Syria in a nutshell, and its developments became more important after talking about Russian-Turkish bargaining in Libya, such as the one we lived in since August 2016 in Syria, amid information that does not exclude a secret agreement between Putin and Erdogan to transfer “Al Nusra Front” terrorists, especially Foreigners from them, to Libya to get rid of them, which Putin referred to indirectly two days ago.

The question is, what are all of us waiting for in Syria?

Can we say that everything that we saw, heard and lived in Syria after August 2016 was in agreement with all its details between Putin and Erdogan?

In other words, are Putin and Erdogan represented in Syria?

If the answer to both inquiries is “yes”, what is the status of the other inquiries?

And how will he and him agree to activate the Adana Agreement to address the Kurdish file east of the Euphrates with all its regional and international networks?

What is the American presence in the region that Trump says is for oil?

Did Putin and Erdogan plan and apply these scenarios together?

Or may things go off course at any moment to blow up everything, especially in Putin’s calculations?

He is now in Syria thanks to Turkish intervention and presence, and vice versa as well, and he is now very strong in his relations with Turkey, albeit at the expense of Syria.

Here, many are betting on this account as they put Putin’s interests in Turkey in his right palm and his interests in Syria in his left palm, which, had it not been for its gains, would have been in an unenviable position regionally and internationally.

Russia exports gas to Turkey and through it to Europe through three pipes passing by land and sea from Turkish territory.

Turkey also imports 60% of its gas needs from Russia, which is building a nuclear reactor in southern Turkey worth 30 billion dollars, as it sold Turkey S400 missiles, and later other military equipment.

And Turkish companies have implemented $ 75 billion of construction projects so far in Russia that import 22 types of agricultural products from Turkey, and about 6 million tourists visit them annually, while about 20 million Muslims of Turkish origin live in the Russian Federation, including the Muslims of the Crimea that Ankara does not recognize Russia’s annexation.

Here lies the question: Will Putin sacrifice his interests with Turkey for Syria and how?

Will Erdogan abandon his ideological approach and historical Ottoman memories in Syria after eight years of his dreams to pray at the Umayyad Mosque and how?

If the answer is yes, then he will give up these dreams easily because he agreed with everything with Putin in their historic meeting on August 10, 2016.

In this case, there is an even more important question:

Will Erdogan accept for himself to withdraw all his ideological policies internally and how?

He has long sought to Islamize the nation and the Turkish state, and all of this has to do with his policies in Syria and the region after what has been called the “Arab Spring”.

For that, Erdogan has eliminated democracy and all individual and political freedoms, which, if returned, would return Turkey to before 2011, when Erdogan was loved by everyone abroad and by most groups of his people at home.

Here we all need the miracle of Putin that, if achieved and persuaded Erdogan to return to before 2011, then everyone will remember the Ottoman saying that “human memory is justified in forgetting”.

Then Putin will accompany his friend Erdogan to the Umayyad Mosque, which needs more than a miracle if achieved, because Putin will prove to the world at the time that he is the smartest political leader on the face of the earth, and the greatest credit for this is first for Syria, and secondly for the “stupidity” of his opponent Donald Trump!