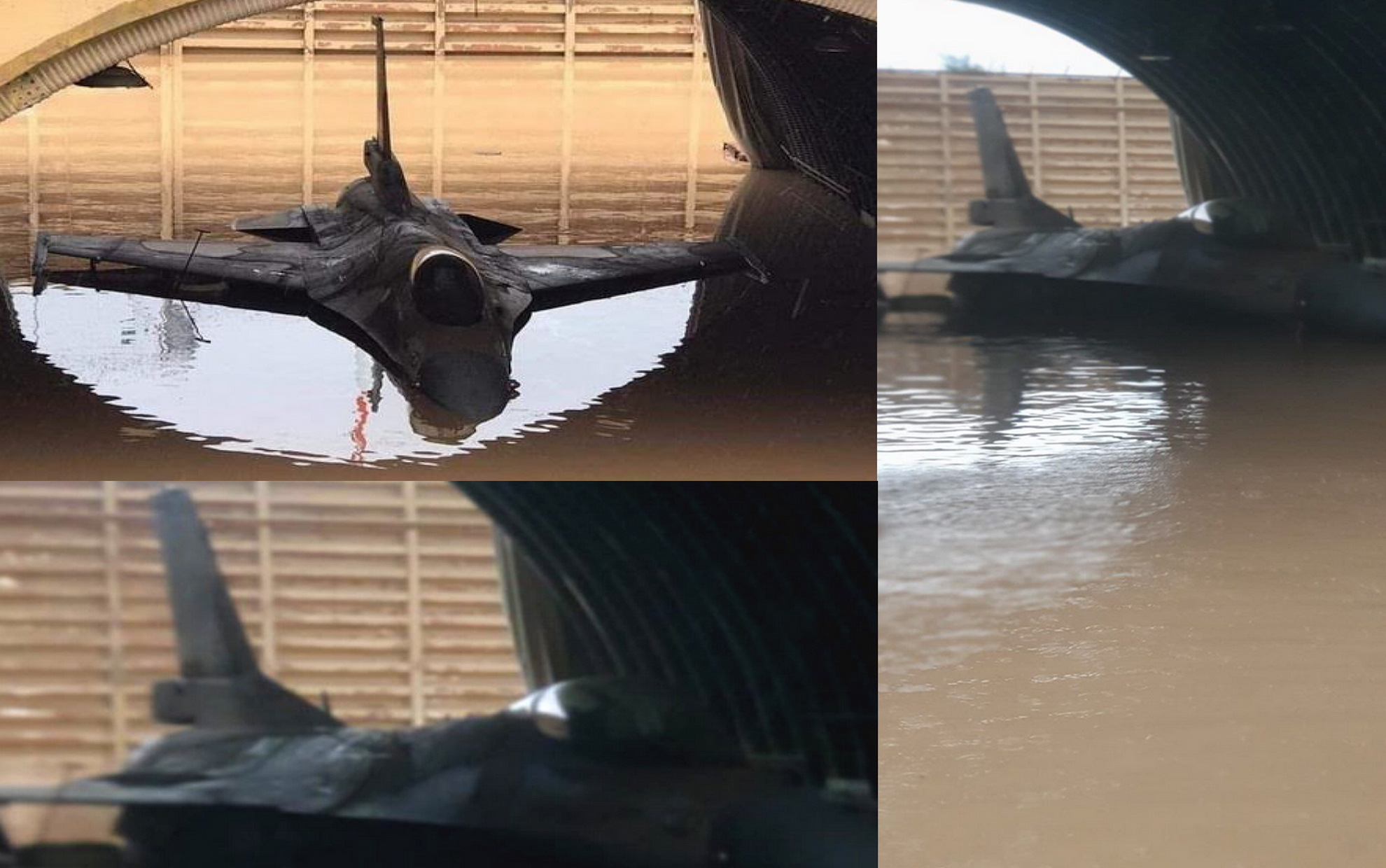 The spread of pictures of “Israeli” air fighters soaked in water on one of the military bases due to the rains has sparked a mockery on social media, especially “Twitter”.

One of the tweeters advised the IDF defense ministry to “use a hair dryer to repair sunken aircraft,” according to Sky News.

Another tweeted, “I don’t think putting the planes in a bag of rice will work”, which is a practical method that experts advise when sequencing water into electronic devices.

The Israeli newspaper “Maariv” confirmed that Israeli air force fighters were severely damaged, after rainwater invaded an air base close to a watercourse”.

The newspaper indicated that “the air force will incur large sums of money, after a bad weather wave and floods hit the region, affecting its fighter jets”.

In the details of the incident, the newspaper pointed out that “the water level rose within the” Hatzor “base in the center of the entity to one and a half meters, which led to the flooding of a number of aircraft in it”.

The Israeli authorities have launched an investigation to see if damage to the aircraft could be prevented, or if the rain wave could have been prepared for.

And some reports expected that “the cost of repairing the aircraft, whose types and numbers have not been disclosed, will amount to tens of millions of dollars”.

It is noteworthy that the Israeli Channel 12 published pictures on Sunday evening of an F16 fighter jet, flooding parts of it in the surplus garage in southern Israel.