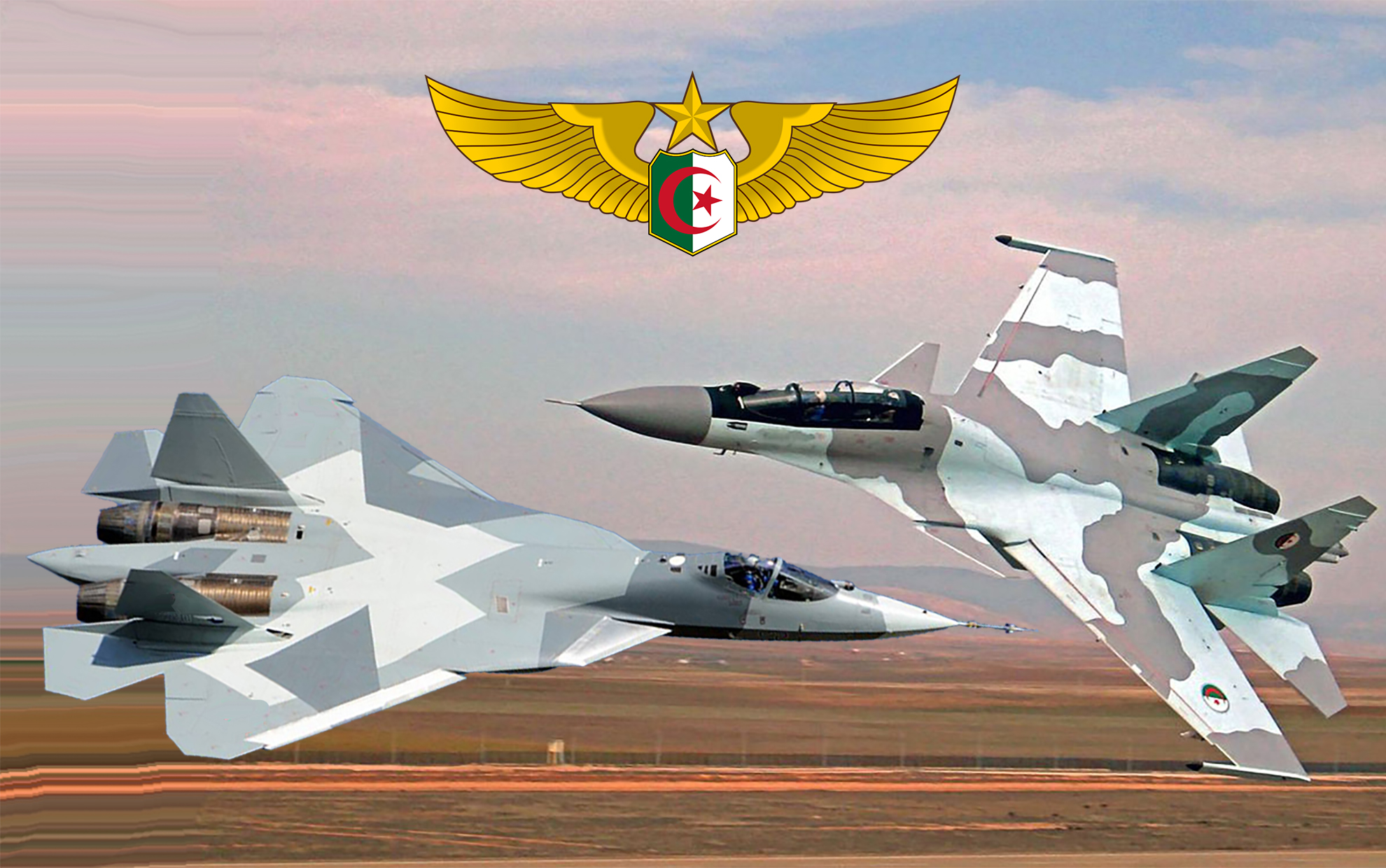 The Algerian armament is beginning to worry European countries that see the acquisition by the Algerian air force of Russian “Sukhoi 57” aircraft as a direct threat to European supremacy.

Algeria announced its intention to acquire advanced Russian aircraft of the type “Sukhoi 57”, “Sukhoi 34” and “Sukhoi 35”, all of which are multi-mission aircraft.

The first to acquire 14 aircraft of each combat class.

Algeria will receive the aircraft over the next four years, which will constitute an event in the military balance in the western Mediterranean.

The news site, “menadefense.net “, which specializes in weapons, scrutinized the Algerian deals of the three Russian fighters, which are characterized by carrying medium and long-range missiles and strong radars that give them the edge in maneuvering and hitting targets.

Algeria no longer worries Morocco, its historical rivals, but rather countries such as France, Spain and Italy.

France does not have any fighters comparable to “Sukhoi 57”, it makes Rafale, a sophisticated fighter but without the quality and strength of its Russian counterpart.

The Spanish military fleet is lagging behind F-18s compared to Algeria, and Italy remains the only one that has F-35, which is a competitor to the Russian aircraft.

Algeria possesses the advanced Russian missile defense system “S400”, which in the event of a war that is able to paralyze the attacks of various European fighters.

Russia has provided Algeria with Alexander missiles capable of hitting southern European ports and bases, and is the only country in the Mediterranean with the company of Israel that has the ability to Directing missiles from the sea floor from submarines.

The military capacity will reinforce Algeria’s political decision-making and make the repetition of the Libyan scenario in Algeria one of the seven impossible.

European countries find it difficult to consider the Algerian air force superior to the European one, and they monitor the ministries of defense, intelligence agencies and strategic research centers with concern and amazement at the Algerian military steps.