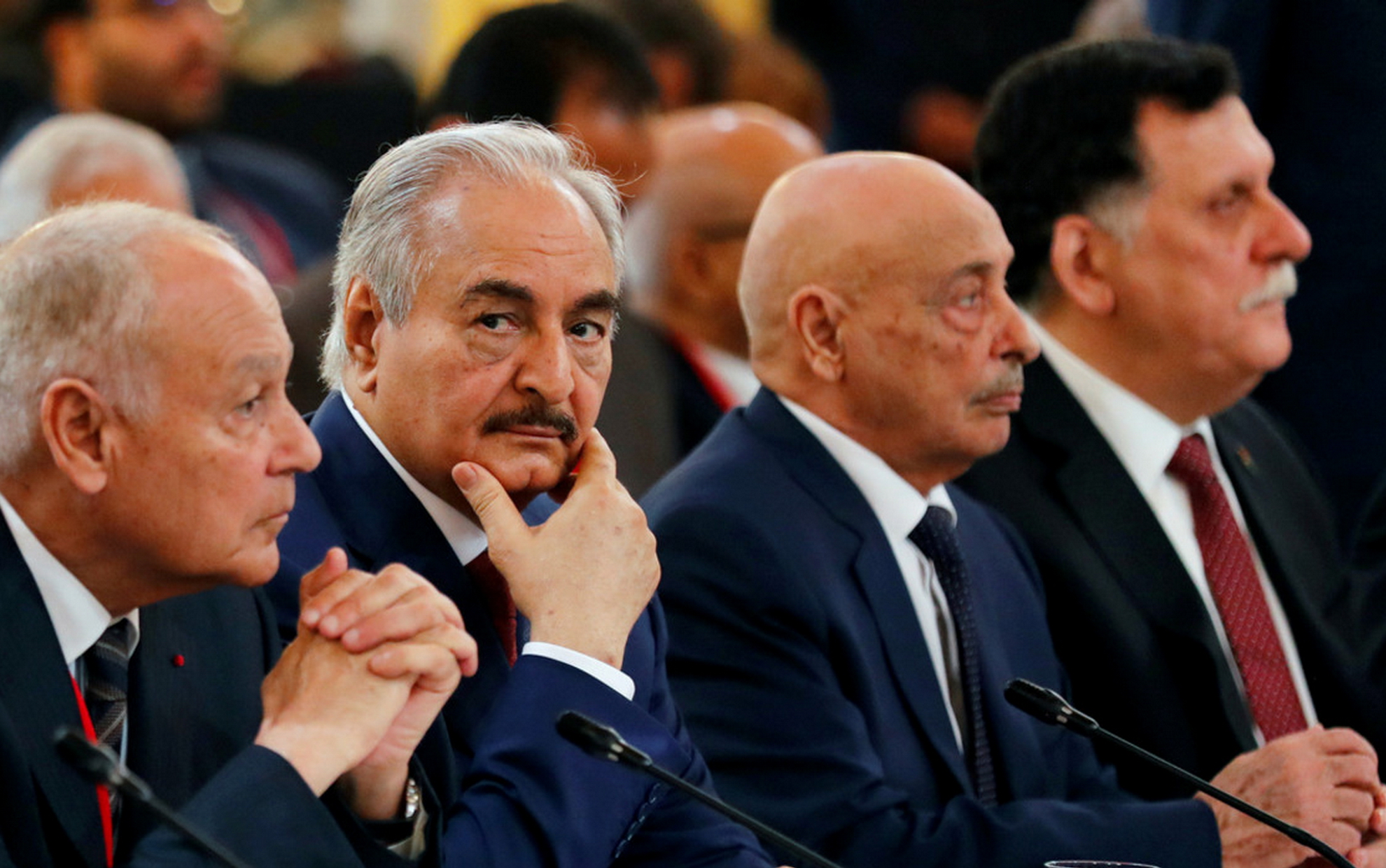 Field Marshal Khalifa Haftar, the strongman in eastern Libya, left Moscow without signing a ceasefire agreement that would end nine months of fighting, the Russian Foreign Ministry announced on Tuesday to AFP.

Haftar asked on Monday evening “some extra time until morning” to study the document approved by his opponent, the head of the internationally recognized national reconciliation government, Fayez Al Sarraj, but he left Moscow without signing the agreement reached under the auspices of Ankara and Moscow, as Russian Foreign Ministry spokeswoman Maria Zakharova explained .

Meanwhile, Russian Foreign Minister Sergey Lavrov announced Tuesday that Russia will continue its efforts to reach a cease-fire agreement in Libya after Field Marshal Khalifa Haftar, the strongman in the east of the country, left the talks in Moscow without signing an agreement.

“We will continue our efforts in this direction,” Lavrov said at a press conference in Colombo.

No final result has been achieved yet.

The forces loyal to Haftar in the east of the country, along with the loyal politicians, launched an attack on the capital, Tripoli, where the Al Saraj government has been located since last April.

The two sides were to agree on the terms of the ceasefire that came into effect on Saturday night, in talks that raised hopes about ending the last wave of fighting that has rocked the oil-rich country since the outbreak of an uprising in 2011 supported by NATO and led to the death of Muammar Gaddafi.

Turkey and Russia played the mediating role, but the feuding delegations did not meet face to face.

In a related context, diplomatic sources said that discussions are taking place in the United Nations to send a mission to monitor the forthcoming ceasefire in Libya similar to the one in Yemen today.

In response to a question by Agence France-Presse, UN spokesman Stephane Dujarric emphasized the need for “impartial monitoring” if a ceasefire between the parties to the conflict is reached.

“In order to respect the ceasefire in Libya, there must be a neutral monitoring and enforcement mechanism in addition to confidence-building measures”, Dujarric said

.The UN spokesperson pointed out that the United Nations Support Mission in Libya (comprising about 230 people) led by Ghassan Salama “is currently recording and verifying reported ceasefire violations”.

For her part, German Chancellor Angela Merkel extended an invitation to attend the Libyan conference in the German capital Berlin next Sunday.

The German government announced today, Tuesday, that the meeting will be at the level of state leaders, after consulting with Antonio Guterres, Secretary-General of the United Nations.

Merkel’s announcement of the invitation to the conference preceded the failure of talks between the parties to the Libyan conflict in Russia, where Field Marshal Khalifa Haftar, commander of the so-called Libyan National Army, left Moscow without signing a ceasefire agreement.

According to the Russian Defense Ministry, Haftar took more time to think about the agreement as he continued to discuss the document with his allies for two days.

The German government reported that the Berlin conference will be attended by the United States, Russia, Britain, France, China, the Emirates, Turkey, the Congo, Italy, Egypt and Algeria.

It remains unclear whether US President Donald Trump will participate in the conference, and Russian President Vladimir Putin and his French counterpart Emmanuel Macron are expected to participate.

The United Nations, the European Union, the African Union and the Arab League will also participate in the conference.

Of course, both the Government in Tripoli and Haftar were invited.

In its statement, the German government confirmed that since September last year Germany has hosted a process of consultation on the conflict in Libya, coinciding with the efforts of Guterres and Ghassan Salama, the UN special envoy to Libya.

The German government stated that the aim of this process is to provide support by a group of countries and international organizations to the United Nations efforts aimed at preserving Libya’s sovereignty and conducting an internal reconciliation process.

Libya has been experiencing civil war since the overthrow of the regime of the late Libyan leader Muammar Gaddafi in 2011.

Turkey supports the Al-Sarraj government, while Russia, Egypt, Saudi Arabia, and the United Arab Emirates support Haftar, who has currently managed to seize large areas of the country, and he began an attack on the Libyan capital last year.