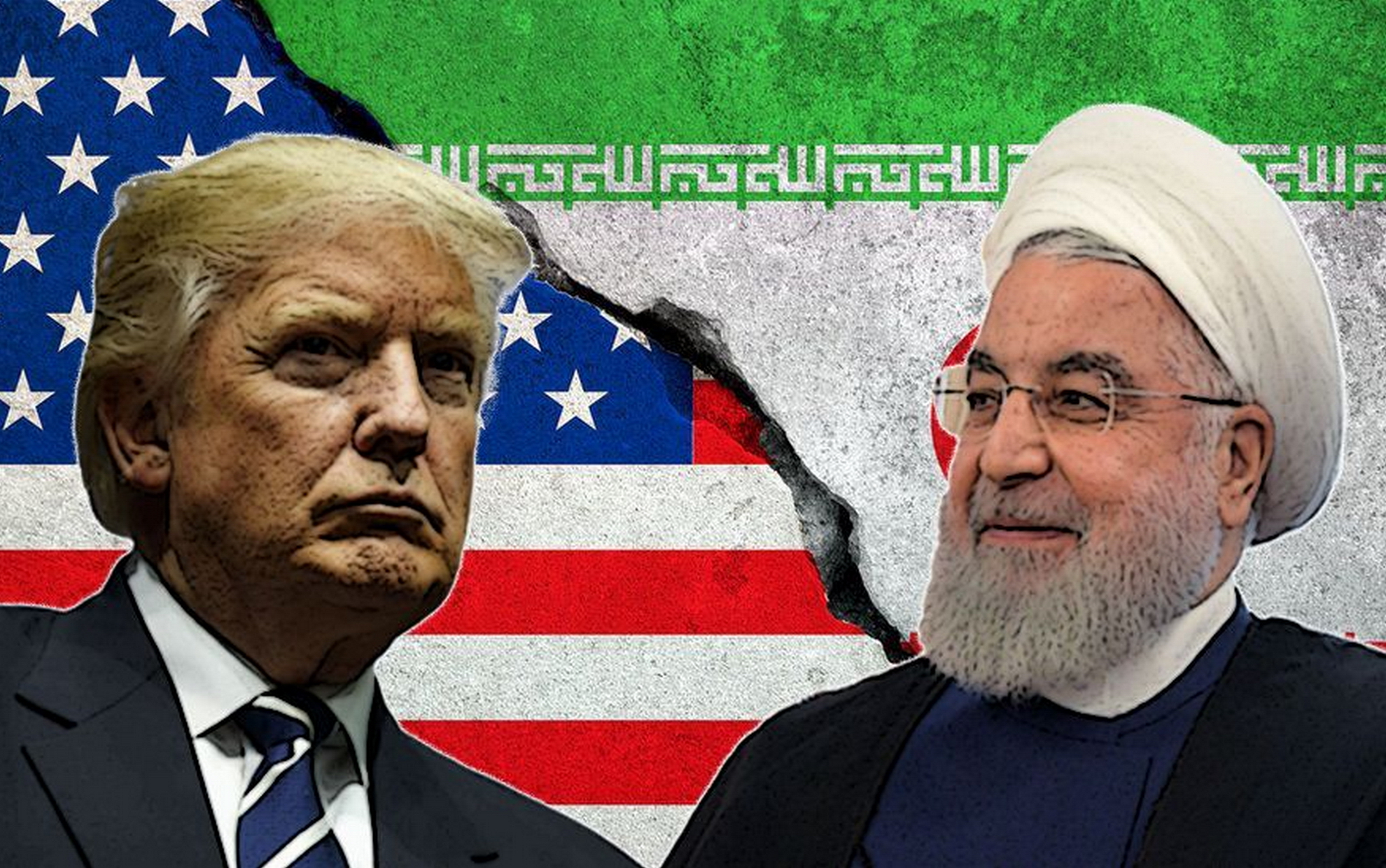 Relations between the USA and Iran are all the more difficult to understand because these two states are deeply divided:

The United States is ruled by President Donald Trump, but all experts see that the federal administration is strongly opposed to him, does not implement his instructions and is involved in the ongoing parliamentary process for his removal.

This is not a political division between Republicans and Democrats, since President Trump is not from that party, even though he has been nominated, but from a cultural divide: that of the three Anglo-Saxon civil wars (the British Civil War, U.S. Independence and the Civil War).

There are two competing powers in Iran: on the one hand the government of Hassan Rouhani and on the other the Guide of the Revolution, Ayatollah Ali Khamenei.

Contrary to the claims of the Western media, it is not this or that group that is paralyzing the country, but the death struggle that these two groups are waging against each other.

President Rouhani represents the interests of the bourgeoisie in Tehran and Esfahan, merchants oriented toward international trade and hard hit by U.S. sanctions.

Rouhani is a long-time friend of the US deep state: he was the first Iranian contact between the Reagan administration and Israel during the Iran-Contra affair in 1985.

It was he who introduced Hashemi Rafsanjani to Oliver North’s men, allowing him to buy arms, to become the commander-in-chief of the armies and incidentally the richest man in the country, and then the President of the Islamic Republic.

Rouhani was chosen by the Obama administration and Ali Akbar Velayati during secret negotiations in Oman in 2013 to put an end to the secular nationalism of President Mahmoud Ahmadinejad and restore relations between the two countries.

On the contrary, the Guide of the Revolution is a function created by Imam Rouhollah Khomeini on the model of the sage of Plato’s Republic – there is nothing Muslim about it.

Ayatollah Khamenei is supposed to ensure that political decisions do not contravene the principles of Islam and those of the anti-imperialist Revolution of 1978.

He is the head of the Revolutionary Guard militia, of which General Qassem Soleimani was a member.

His budget is extremely variable according to unforeseen fluctuations in oil revenues.

It is therefore he – and not the Rouhani administration – that is most affected by the US sanctions.

In recent years, he has tried to establish himself as a reference point within Islam in general, inviting to Tehran all the religious and political leaders of the Muslim world, including its fiercest opponents.

Most of the decisions taken by either power, both in the US and in Iran, are immediately contradicted by his competitor.

Another difficulty in understanding what is happening comes from the lies that these two powers have accumulated over the years, many of which are still very much present.

We will only mention those that have been mentioned in recent days:

There was never a hostage crisis in 1979.

US diplomatic personnel who were taken prisoner were arrested in flagrante delicto for spying.

The embassy in Tehran was the CIA headquarters for the entire Middle East.

It was not the Iranians but the United States that violated the obligations of diplomatic status.

Two Marines of the embassy guard denounced the CIA’s actions, the espionage material is still visible in the embassy premises and the top-secret documents seized there have been published in more than 80 volumes.

The Islamic Republic of Iran has never recognized the State of Israel, but has never had the objective of annihilating the Jewish population.

It advocated the principle of “one man, one vote”, while persisting in considering that it also applied to all Palestinians who had emigrated and acquired foreign nationality.

In 2019, it submitted a proposal for a referendum on self-determination in geographical Palestine (i.e. both Israel and political Palestine) to the UN Security Council.

Iran and Israel are not irreducible enemies since they jointly operate the Eilat-Ashkelon pipeline, which is jointly owned by the two states.

Iran stopped all research on atomic weapons in 1988 when Imam Khomeini declared weapons of mass destruction incompatible with his vision of Islam.

Documents stolen by Israel and revealed by its Prime Minister Benjamin Netanyahu in 2018 show that subsequent research has focused only on a shock wave generator (part of an atomic bomb detonator).

It is not a nuclear part, but a mechanical part that can be used for other purposes.

The assassination of the hero

With these foundations in place, let us look at the assassination of General Qassem Soleimani and the crisis it provoked.

General Soleimani was an exceptional soldier.

He launched his military carreer during the war imposed by Iraq (1980-88).

His Special Forces, the Al Quds section (i.e. Jerusalem in Arabic and Persian), came to the rescue of all the peoples of the Middle East who were victims of imperialism.

For example, he was present alongside Lebanese Sayyed Hassan Nasrallah and Syrian General Hassan Turkmani in Beirut in the face of the Israeli attack in 2006.

He distinguished between imperialism and the United States and negotiated many times with Washington, even proposing detailed alliances, for example in 2001 with President George Bush Jr. against the Afghan Taliban.

However, from May 2018, he was only allowed to fight alongside the Shiite communities.

Violating the ceasefire of the 1973 war, he launched attacks against Israel from Syrian territory, placing Damascus in the greatest embarrassment.

Although President Trump understood the military role he played under Ayatollah Khamenei, he did not understand the symbol he had become and the admiration he enjoyed in almost every military academy in the world.

He took a major risk in allowing his elimination and damaged his own reputation in the Middle East.

Indeed, while as US president he had consistently opposed his country’s support for Al Qaeda and Daesh, he was responsible for the death of a man who embodied that fight in many theatres of operation through his blood.

There is no need to dwell on the illegality of this assassination.

This has not changed much in the behavior of the United States since its inception.

The assassination of Qassem Suleimani followed Washington’s designation of the Revolutionary Guards as a “terrorist organization”.

Iranians share a strong sense of being a people, a civilization.

His death therefore temporarily reunited the two political powers in a single emotion.

Millions of people took to the streets for his funeral.

The conflagration will not take place

All Western media have reported on Iran’s response plans over the past several years.

But it is not on the basis of these plans that President Rouhani and Guide Khamenei have reflected.

The Iranians are not kids fighting in a schoolyard.

They are a nation.

So both leaders have reacted according to the best interests of their country, as they see it.

Therefore, thunderous statements calling for revenge should not be taken seriously.

There will be no Iranian revenge, just as there was no revenge from Hezbollah for the illegal Israeli assassination of Imad Moughniyah in Damascus in 2008.

For Rouhani, regardless of General Soleimani’s death, it is essential to renew contact with Washington.

Until now, he has considered that the Obama administration was the interlocutor that allowed him to come to power.

Donald Trump was only a hitch in his career, destined to be removed from office at the beginning of his presidency (Russiagate and now Ukrainegate).

He had therefore rejected his many calls for negotiations.

However, President Trump is still there and is expected to remain there for the next four years.

Affected by his illegal sanctions, the Iranian economy is sunk.

For Ayatollah Khamenei, not only has the United States been a predator for Iran for a century, but Donald Trump is not a man of his word.

The 5+1 agreement had been approved by the UN Security Council.

Iran regarded it as a law set in stone.

Donald Trump tore it up, which he had every right to do.

In addition to this public agreement, there was a secret agreement on the distribution of influence in the Middle East.

This second text was also cancelled by President Trump and it is he who intends to renegotiate it bilaterally.

Iran quickly announced that it no longer respected the 5+1 agreement, while pro-Iranian Iraqi MPs demanded the departure of US troops from their country.

Contrary to what the Western media were led to believe, these two decisions were not competitive bids, but offers of peace.

The 5+1 agreement no longer exists since the US withdrawal.

Iran acknowledged this after having tried in vain to save it.

The departure of US troops not only from Iraq, but from the entire Middle East is a commitment made by Donald Trump during his presidential campaign.

He could not make it come true given the opposition of his administration.

Iran sided with him.

The powerful US oil lobby has given its support to President Trump by questioning the “Carter Doctrine”.

In 1980, President Jimmy Carter had stated that oil from the Gulf was indispensable to the US economy.

As a result, the CentCom was created by his successor and the Pentagon guaranteed US companies access to oil from the Gulf.

But today, the United States is independent when it comes to energy.

For them, the stakes have shifted. It is no longer a question of appropriating Arab-Persian oil, but of controlling world oil trade.

The political leaders have not been able to adapt to the development of the means of communication.

They talk too much and too fast. They hold postures and no longer know how to backtrack.

Having uttered unbelievable calls for revenge, the Guardians of the Revolution had to react.

But they had to be responsible and not make things worse.

So they chose to bomb two US military bases in Iraq without causing casualties.

Just as France, the United States and the United Kingdom had condemned Syria for allegedly using chemical weapons.

Then, in the end, they bombed a military base without causing any casualties (but they did cause a fire that burned down the area around the base).

It goes without saying that the US will not give up anything without compensation.

It is this double withdrawal that is currently being negotiated.

We are already seeing a US withdrawal from Syria and Iraq to Kuwait.

The episode of the letter sent, then cancelled, by General William Sheely III announcing the departure of US troops from Iraq is proof that these negotiations are indeed underway.

Qassem Soleimani would surely be proud of his life, if his death would help to establish regional peace.