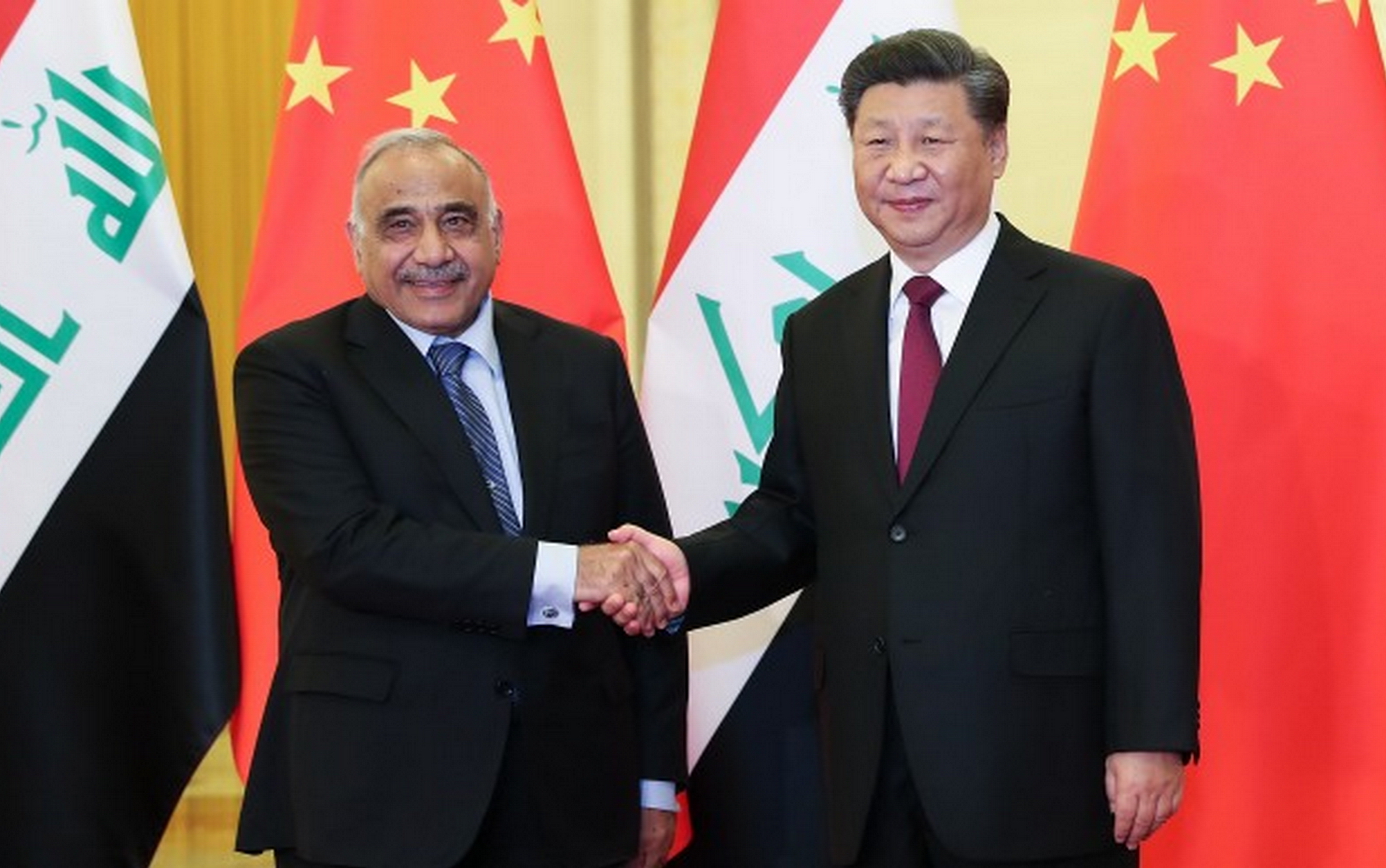 In light of the obstacles, it faced in its efforts to make Iran a state of its affiliation, as well as the political and popular difficulties experienced by the regime in Tehran, China decided to turn its attention at the present time towards the closest allies of Iran, which is Iraq, according to the American website “Oil Price”.

The writer, Simon Watkins, says in his report on the American site that Iraq, just like its neighbor Iran, has huge reserves of oil and gas waiting to be exploited and developed.

The country also has a distinctive strategic location, especially for the “One Belt, One Road” project that China is seeking to implement.

The writer pointed out that China has a strong presence in Iraq, since Rosneft, an affiliate of its ally Russia, effectively controls the infrastructure devoted to extracting oil and gas in the north of the country, specifically in the autonomous Kurdistan region of Iraq, and that Chinese companies are active in a number of fields in the South.

According to the author, last week witnessed remarkable developments, as part of China’s efforts to make its project a success and make Iraq a country of its own.

The first of these developments was the announcement by the Iraqi Minister of Finance that his country started to export 100,000 barrels per day of crude oil to Beijing, since last October.

The writer mentioned that this agreement comes within the framework of a broader understanding between Iraq and China, reached last September during the visit of resigned Prime Minister Adel Abdul Mahdi to Beijing, with the aim of raising the volume of Chinese investments in Iraq over twenty billion dollars, and increasing the volume of annual trade exchanges, between them to thirty billion dollars.

The writer believes that this agreement comes within the framework of a broader plan developed by China, to gradually support its presence in the Iraqi scene, just as it has done with many African countries in the past, in a policy considered by many to be a new wave of colonialism, according to the writer’s expression.

As for Iraq and Iran, the Chinese plans seem promising and far-reaching, according to what was confirmed by a high-level official in the field of oil dealing with the Iraqi and Iranian ministries of oil, as the American site relocates.

China will start with the oil and gas sectors, and then work to penetrate into other areas.

In addition to obtaining significant discounts when purchasing Iranian oil and gas, it will have an opportunity to build factories in Iraq and Iran, and infrastructure such as railways, to be supervised by Chinese companies, the report states.

The writer explained that these projects will depend on the same mechanisms and technical characteristics that exist in China, so that they will then be compatible with various Chinese companies and products, and be able to exploit the cheap labor that exists in Iraq and Iran.

The writer pointed out that the construction of railways in Iraq will begin after the completion of work on the project itself in Iran, which will allow the transportation of products from China to Europe more easily.

The writer recalled that the last days of last year witnessed the announcement of Iranian Vice President, Ishaq Jahangiri, that his country had signed a contract with China to implement the electric link project for a distance of nine hundred kilometers from the railways, between Tehran and the city of Mashhad in the northeast.

There are also plans to create a high-speed rail link between Tehran, Qom and Isfahan, to extend this network towards the city of Tabriz in the northwest.

The writer notes that Tabriz, in which many oil and gas fields and petrochemical factories are located, is the starting point for the Tabriz Ankara pipeline, and will be a focal point in the new Silk Road project, which extends 2300 km, to connect China to Kazakhstan, Kyrgyzstan, Uzbekistan, Turkmenistan and Iran, via Turkey and Europe.

Meanwhile, Iraq is working on new laws to regulate the work of the Reconstruction Agency, the main goal of which will be, according to official sources, to ensure that China is allowed to enter Iraq without the usual obstacles.

In this context, the Minister of Electricity, Louay Al Khatib, recently stated that “China is our first choice as a strategic ally in the long term, as we started with a financial agreement worth ten billion dollars for a limited amount of oil to finance some infrastructure projects.

On the other hand, Chinese financing will increase with the increase in Iraqi oil production, and it will be used differently from previous policies, through construction, investment and reconstruction.