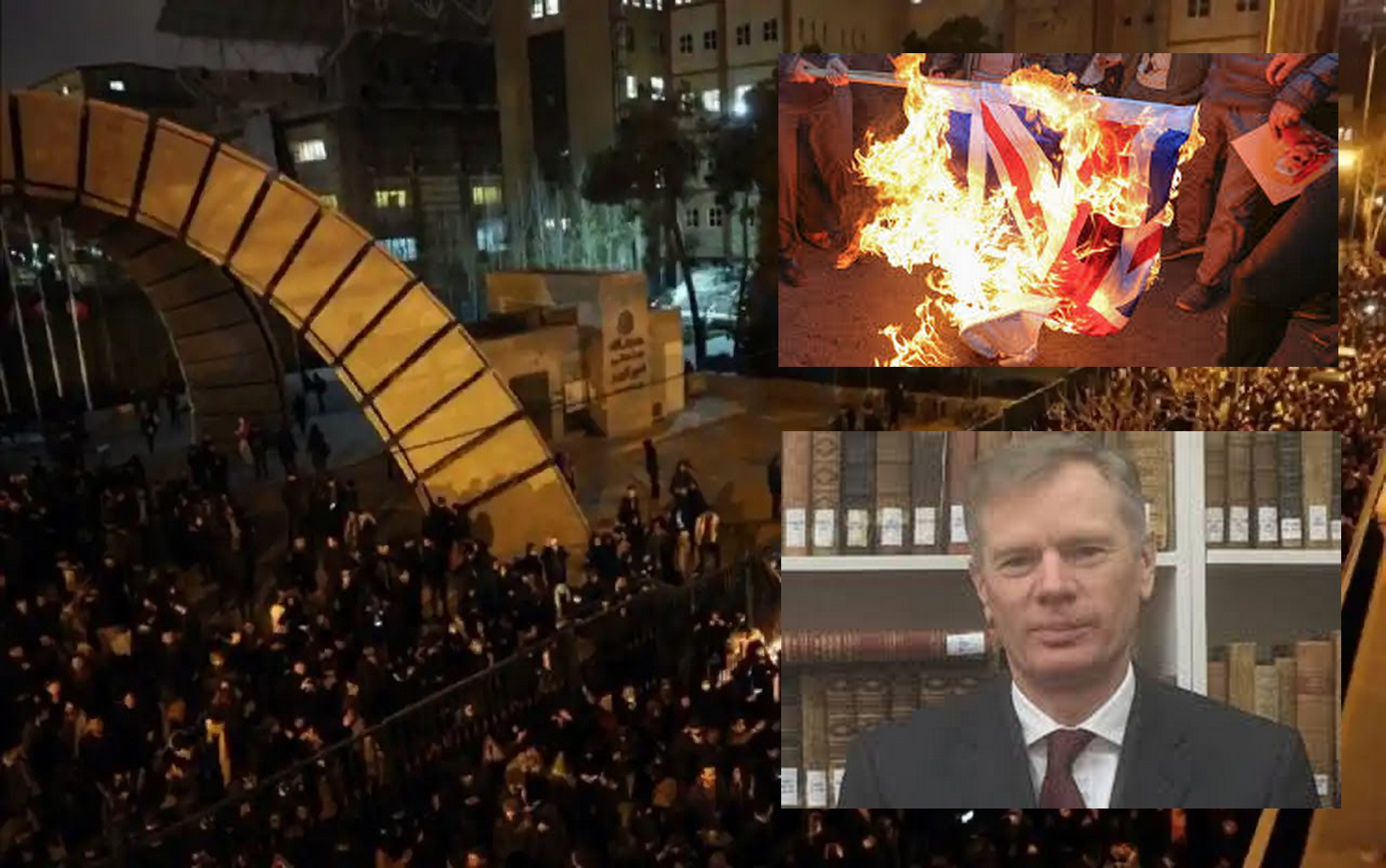 Iranian demonstrators burned the British flag in front of the United Kingdom embassy in Tehran on Sunday, after the arrest of the British ambassador on charges of participating in an illegal demonstration, according to reporters at Agence France-Presse.

About two hundred demonstrators gathered in front of the headquarters of the British diplomatic mission, calling “death to Britain”, one day after the brief arrest of British Ambassador Rob MacAire, during his participation in the memorial of the victims of the crashed Ukrainian plane.