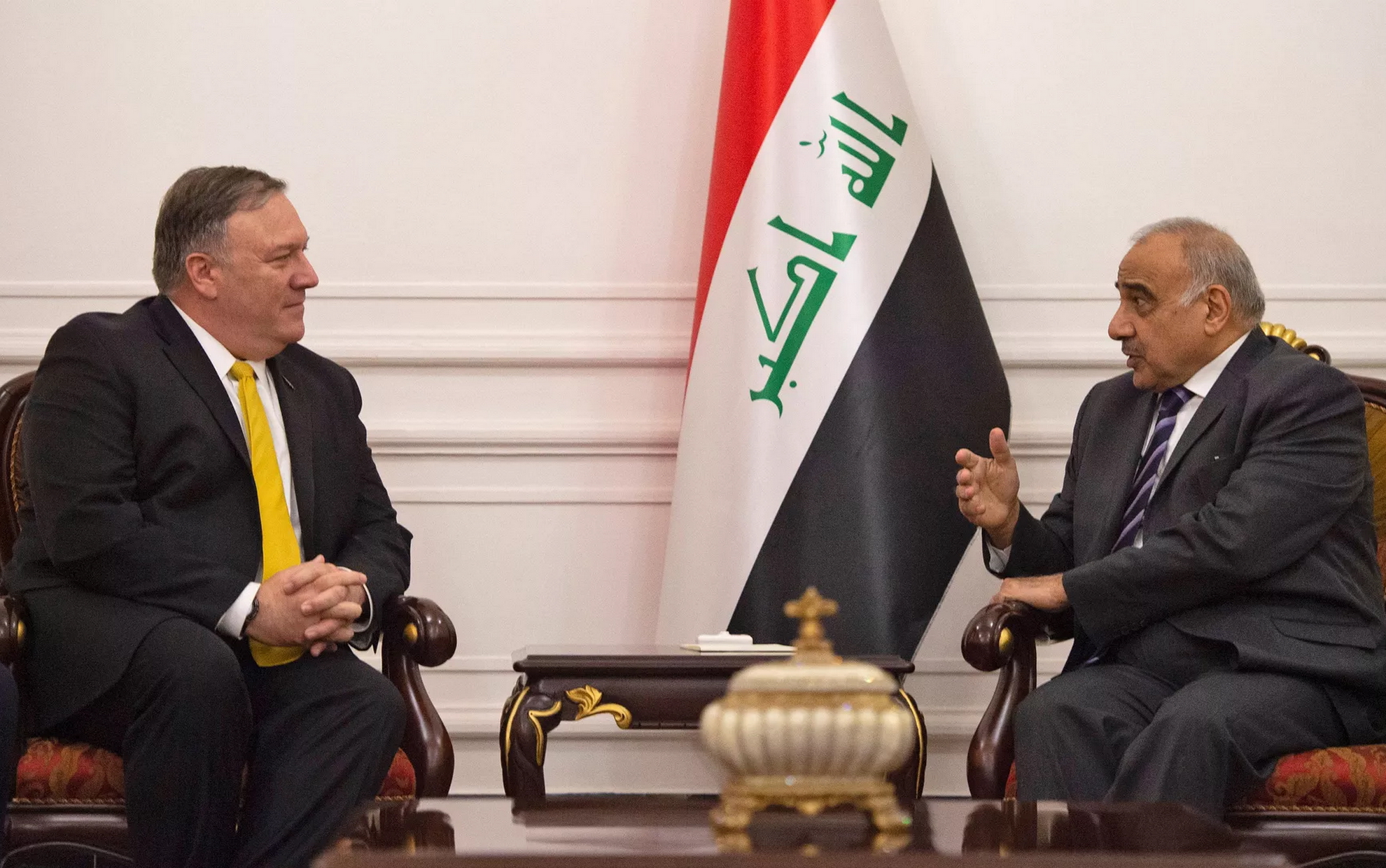 The Iraqi Prime Minister, Adel Abdul Mahdi, announced today, Friday, that he asked the United States of America to send delegates to put mechanisms for the withdrawal of American forces from his country.

The Iraqi Al Sumaria News channel reported that Abdul Mahdi asked the US Secretary of State, Mike Pompeo, to send delegates to implement the House’s decision and put in place “safe” withdrawal mechanisms for the forces from Iraq.

Abdul Mahdi indicated that there are American forces and drones entering Iraq without the government’s permission.

The media office of the Prime Minister said that Abdul Mahdi received, yesterday, Thursday, a phone call from the US Secretary of State, that dealt with recent developments and the desire of various parties to prevent escalation and go to open war.

Abdul Mahdi stressed that Iraq rejected and rejected all operations that violate its sovereignty, including the recent operation that targeted Ein Al Assad and Erbil, noting that Iraq is making unremitting efforts and is contacting all parties to prevent its transformation into a battlefield.

Abdul Mahdi also asked, according to the statement, the US Secretary of State to send delegates to Iraq to put in place mechanisms to implement the House’s decision to withdraw troops safely, explaining that Iraq is keen to keep the best relations with its neighbors and friends in the international community and to protect foreign representatives and interests and all those present on Iraqi soil and that Its priorities are limited to combating terrorism, terrorist “ISIS” and violence on the one hand, and the reconstruction of Iraq, achieving economic growth, protecting the country’s sovereignty and independence, national unity, and achieving security and stability for Iraq and the region on the other hand.