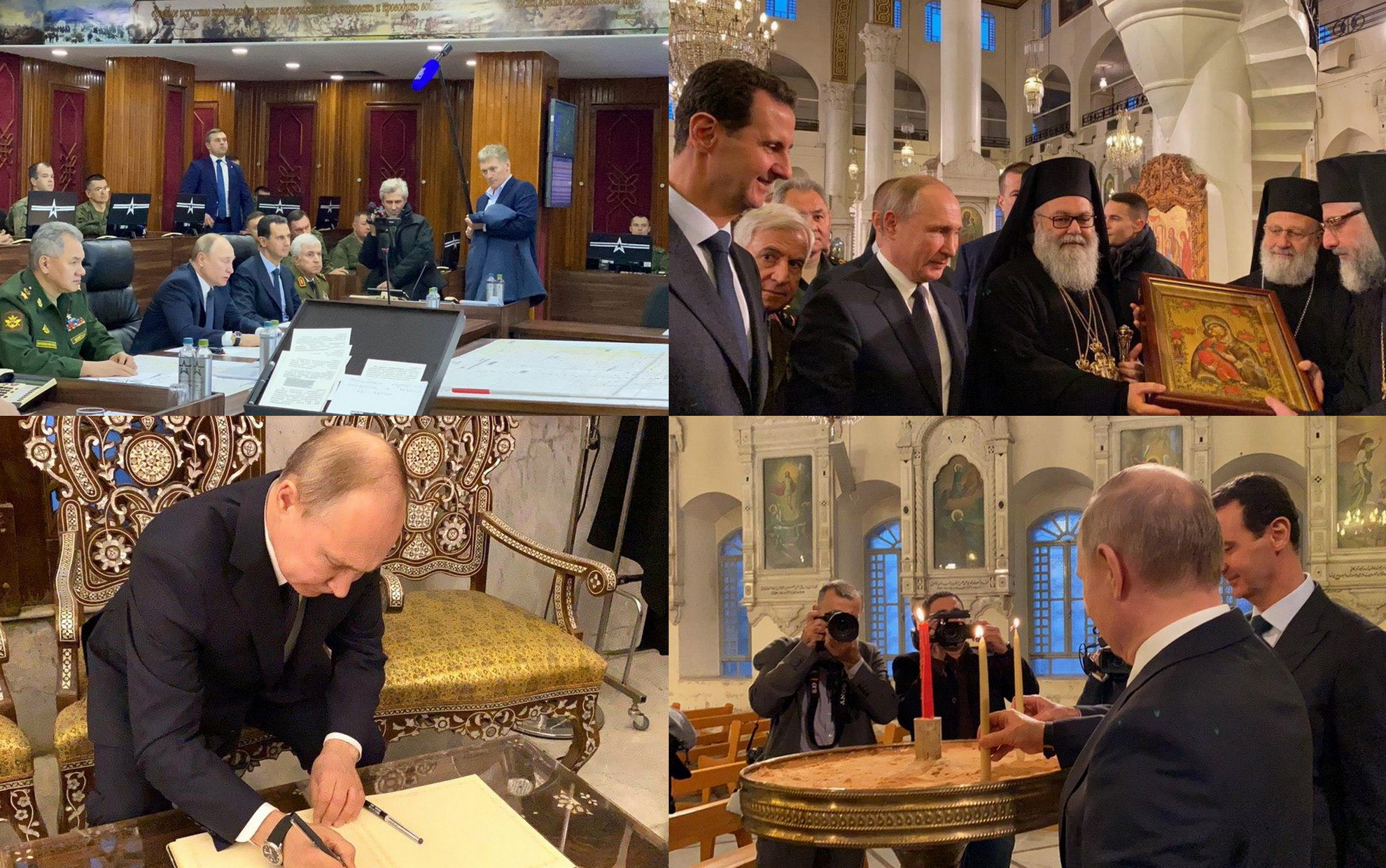 The Kremlin announced that the Russian President held talks with his Syrian counterpart, Bashar Al Assad, during a visit to the Syrian capital, Damascus.

Kremlin spokesman Dmitry Peskov said: “Putin met his Syrian counterpart Bashar Al Assad, at the command center in Damascus, where they listened to military reports on the situation in different regions of the country”.

He added: “At a later time, bilateral talks were held between the Russian and Syrian delegations, in which Putin indicated that it is now possible to announce with confidence that a great stride has been made in the direction of rebuilding the Syrian state and its territorial integrity”.

Peskov added: “Putin also indicated that with the naked eye, signs of restoring peaceful life in the streets of Damascus can be seen”.

He stated that “Assad, in turn, thanked Putin for the visit and expressed his appreciation for the assistance of Russia and the Russian army in the war against terrorism and the restoration of a peaceful life in Syria”.

He added, “Assad warmly congratulated Putin and the entire Russian people on Christmas Day”, on the Eastern Calendar.

Accompanied by President Al Assad, President Putin toured the city of Damascus, where he visited the Great Umayyad Mosque, and was familiarized with its features, as he visited the mausoleum of St. John the Baptist), and recorded a word in the guestbook.