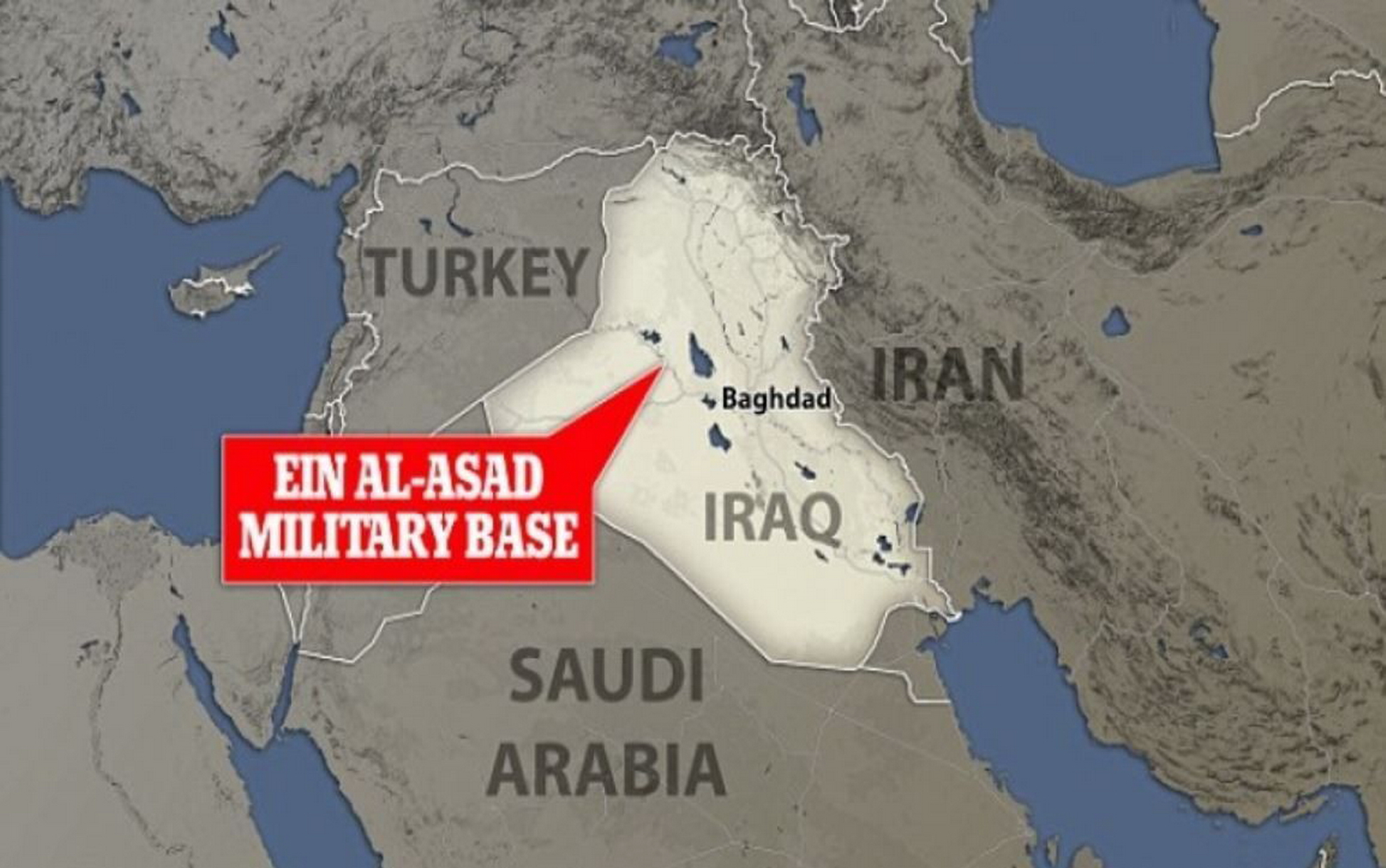 Iranian television announced the first missile retaliation response from the Revolutionary Guards to the assassination of General Qassem Soleimani and his companions, and the Iranian Revolutionary Guard claimed responsibility for launching dozens of surface-to-surface missiles at Ein Al Assad base in Iraq.

A field source reported that, the military situation in the coalition is very confusing in Ein Al Assad, amid information about the burning of an American plane in Ein Al Assad.

Tasnim has just talked about the second wave of missile attacks against American forces in Iraq that have started now,

The Revolutionary Guards warned, “The Great Satan, America vampire, will face a stronger response and more painful if he undertakes another attack”, and that any new evil that will emerge from him or move or attack will face an overwhelming and more painful response.

The Guard warned the allied countries of America that put their lands at the disposal of the American terrorist army to attack Iran, and that any land that would be a launching pad for attacks against Iran would be a target.

Guards announced that “it broke out today in response to the terrorist operation of the American forces and in retaliation for the assassination and martyrdom of the commander of the Quds Force of the Islamic Revolutionary Guards, the martyr team Qassem Soleimani and his companions.

On the air base occupied by the American army known as Ain al-Assad, where the honorable Iranian people and the Liberals of the World will be announced in detail, respectively.

Press reports revealed that 15 rockets hit the base of Ein Al Assad in Anbar, which includes American forces, and that the wing that includes the American military presence at the base was affected by missile strikes.

Immediately, the Iranian Tasnim Agency clarified that the missiles launched against the American forces in Iraq originated from Iranian territory, while sources assured the fields that the missile launches were made at the same time to assassinate the two martyrs, Qassem Soleimani and the engineer, that is, at 1.20 minutes.

The sources said that the first response would be to completely destroy the American wing of the base.

The sources talked about the sound of American sirens and helicopters flying over the skies of the base in western Iraq, in light of information about taking the total warning status.

According to the information, the rockets were launched from the area in the West Bank opposite the Ein Al Assad base from the Euphrates River, and they were very strong, as sounds indicated that the shelling was repeated and it appeared to be more than 6 rockets.

However, some reports said that the missiles were actually launched from inside Iran.

A senior Pentagon official said that the Ein Al Assad base in Iraq was attacked by 6 missiles and it was not known if there were any casualties, and the White House announced that President Trump was informed of these reports and that he was consulting with the National Security team and the follow-up of the situation was closely followed up.

For its part, Reuters news agency quoted an American official as confirming that a number of American installations in various regions were subjected to missile strikes in Iraq.

The Vice President of the United States telephoned the Speaker of the US House of Representatives for the attack on Ein Al Assad base, at a time when the Pentagon said that we are “working to assess the initial damage to the battle”.

In parallel, our correspondent reported the sound of an explosion in the city of Erbil, capital of the Kurdistan region of Iraq, where he later reported flying helicopters in the sky of the city.

Press reports from Baghdad reported news of targeting an American military site that might be close to Erbil Airport.

The American forces are stationed with the advisers, at the “Ein Al Assad” air base, which is the second largest air base in Iraq, after the “Balad” base in Salah Salahuddin, north of Baghdad.

American forces have been present for years in several Iraqi military and air bases in the provinces of Anbar, Salahuddin, Nineveh, and the capital, Baghdad, within the so-called coalition forces, according to the security agreement between Iraq and the United States of America.