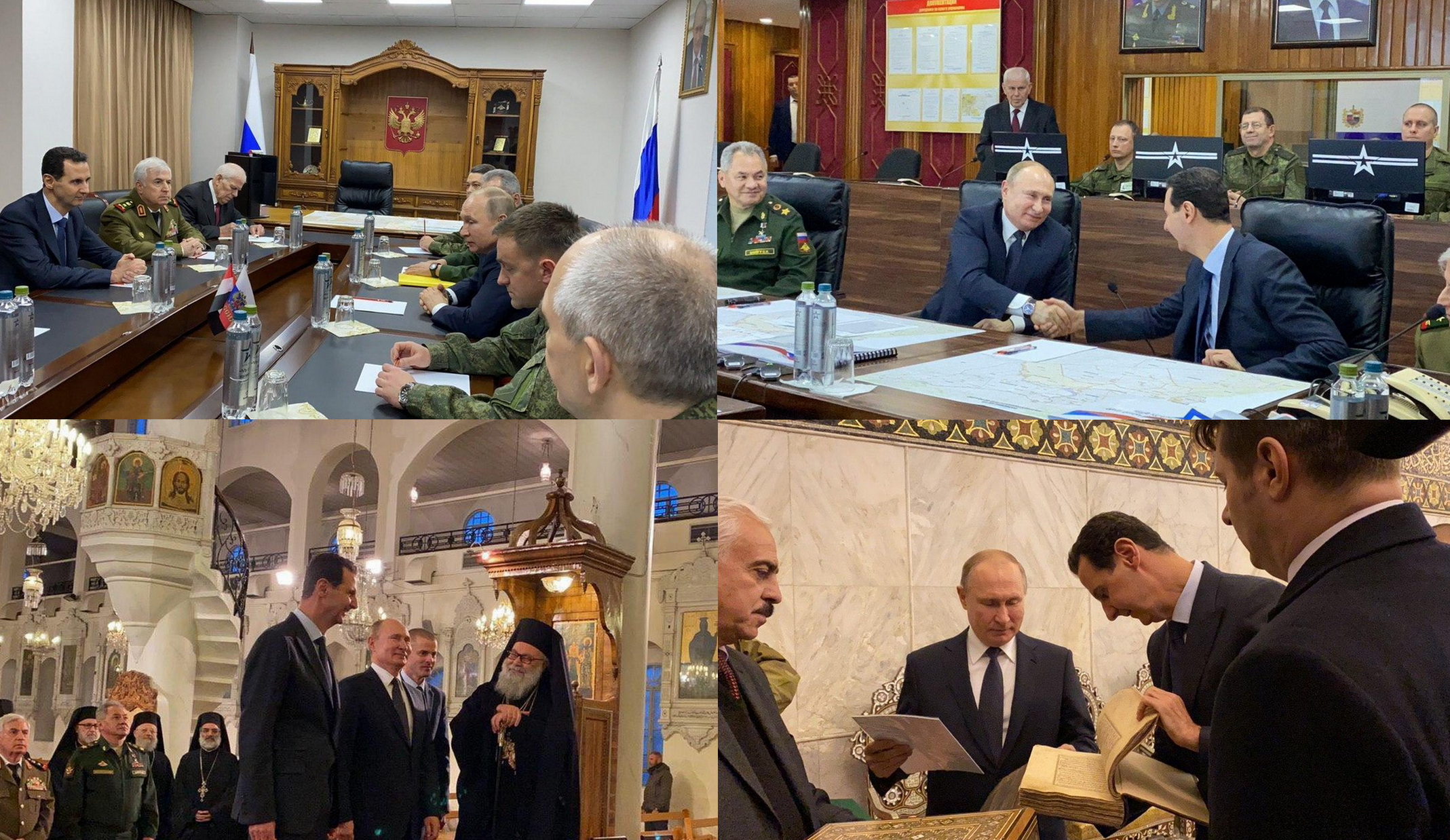 The Russian President Vladimir Putin visited the Russia-operated Hmeimim Air Base to celebrate Orthodox Christmas with his troops.

He headed next to Damascus where his Syrian counterpart took him to the Great Umayyad Mosque, a place of Christian, Jewish, Christian and Muslim worship.

He meditated on the tomb of Saint John the Baptist.

From there they went to the Mariamite Cathedral, seat of the Greek Orthodox Patriarchate of Antioch and the entire East.