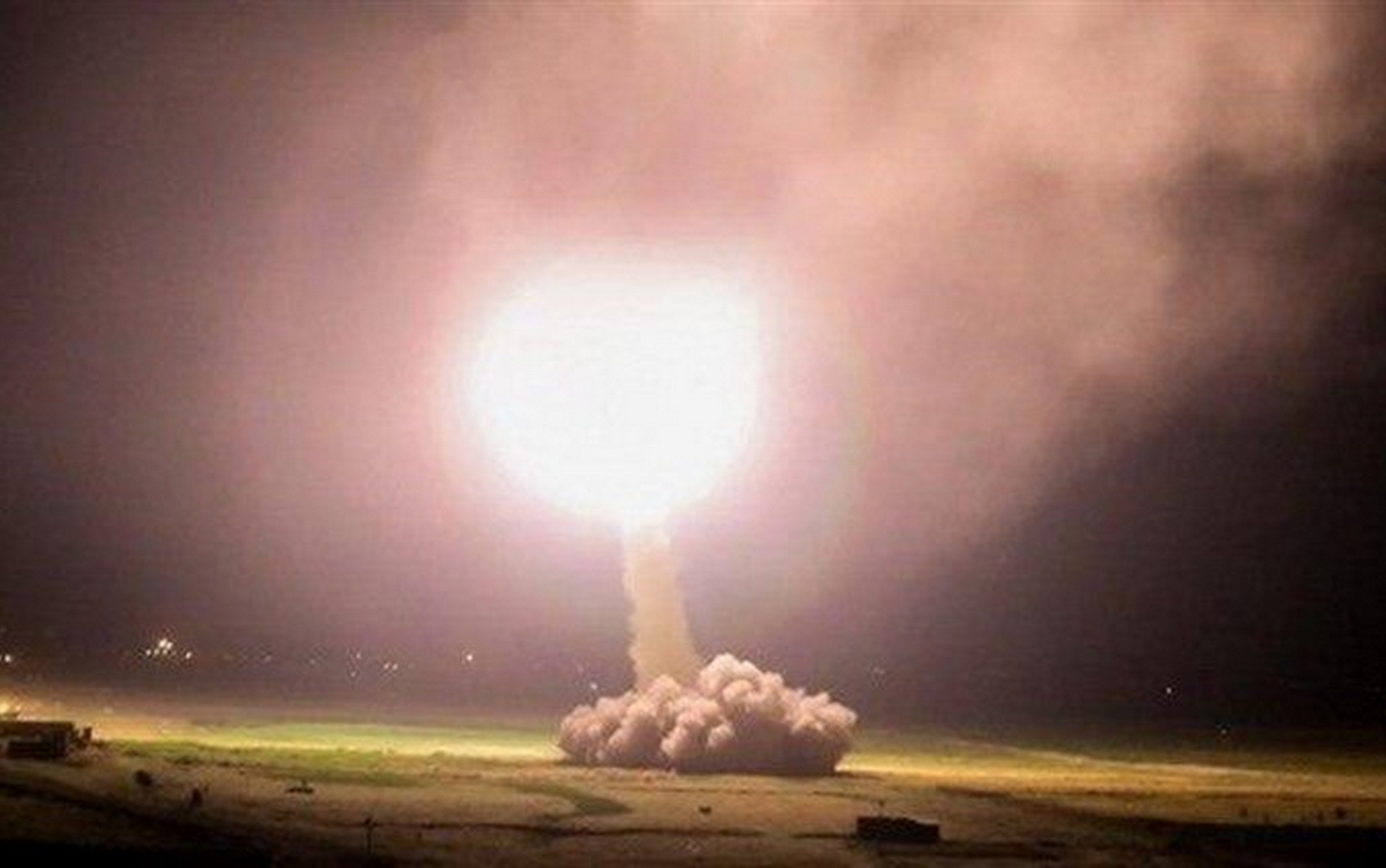 The Iranian Revolutionary Guards launched dozens of “ground-to-surface” missiles at the base of Ein Al Assad, which hosts American forces, in the Iraqi province of Anbar, in the west of the country, and declared their complete destruction, and bombed other locations in two waves of attacks in the first retaliatory response to the assassination of General Qassem Soleimani and his companions, at the same time as the operation took place, and threatened with “more destructive responses” if the United States launched new attacks, as well as threatened to strike “Israel” and “allies of the United States” that they would be attacked if their country was used to launch attacks on Tehran.

Russian news agency Sputnik correspondent, quoting a military source, said that the Iranian planes launched from Iran’s airports in response to the American planes launching from the Emirates base and are now flying in the country’s airspace.

The Iranian Mehr News Agency reported on Wednesday morning that the Revolutionary Guards had started a “second wave” of ballistic missile attacks against the American forces in Iraq.

Mehr explained that the Revolutionary Guards carried out the second wave of the attack with dozens of ballistic missiles after targeting the Ein Al Assad base in Anbar Province, western Iraq.

The US Department of Defense (Pentagon) announced this morning, Wednesday, that Iran has targeted two bases that include American personnel in Anbar and Erbil in Iraq, with more than ten missiles.

The ministry added in a statement quoted by Bloomberg News Agency that it is currently working to assess the losses resulting from the missiles “that were fired from Iran” and the means of response.

And she continued, “We will take all necessary measures to protect our soldiers”.

And Iraqi media said, in the early hours of today, Wednesday, that the Ein Al Assad base, which hosts American forces, was attacked in the Iraqi province of Anbar, in the west of the country, with 6 surface-to-surface ballistic missiles, and the Iranian Revolutionary Guard officially announced the launch of dozens of missiles at the base.

It was launched directly from Iran, and an American official announced that his country’s forces were subjected to Iranian attacks using ballistic and long-range missiles at the base and other locations.

The Iranian Tasnim Agency clarified that the missiles launched against the American forces in Iraq were from Iranian territory, while media sources confirmed that the missile launches took place at the same time to assassinate Qasim Soleimani and the engineer, that is, at 1.20 minutes.

The sources said that the first response would be to completely destroy the American wing of the base.

The sources talked about the sound of American warning sirens and helicopters flying over the base in western Iraq, in light of information about taking the total warning status.

Ein Al Assad base is the second largest air base in Iraq and includes a number of American military equipment, including drones of the same type as the drone that was used to target Soleimani.

The latest news revealed that at least 80 US soldiers were killed with more hundreds of injured, with huge losses in equipment and building that were destroyed by the missiles attack.