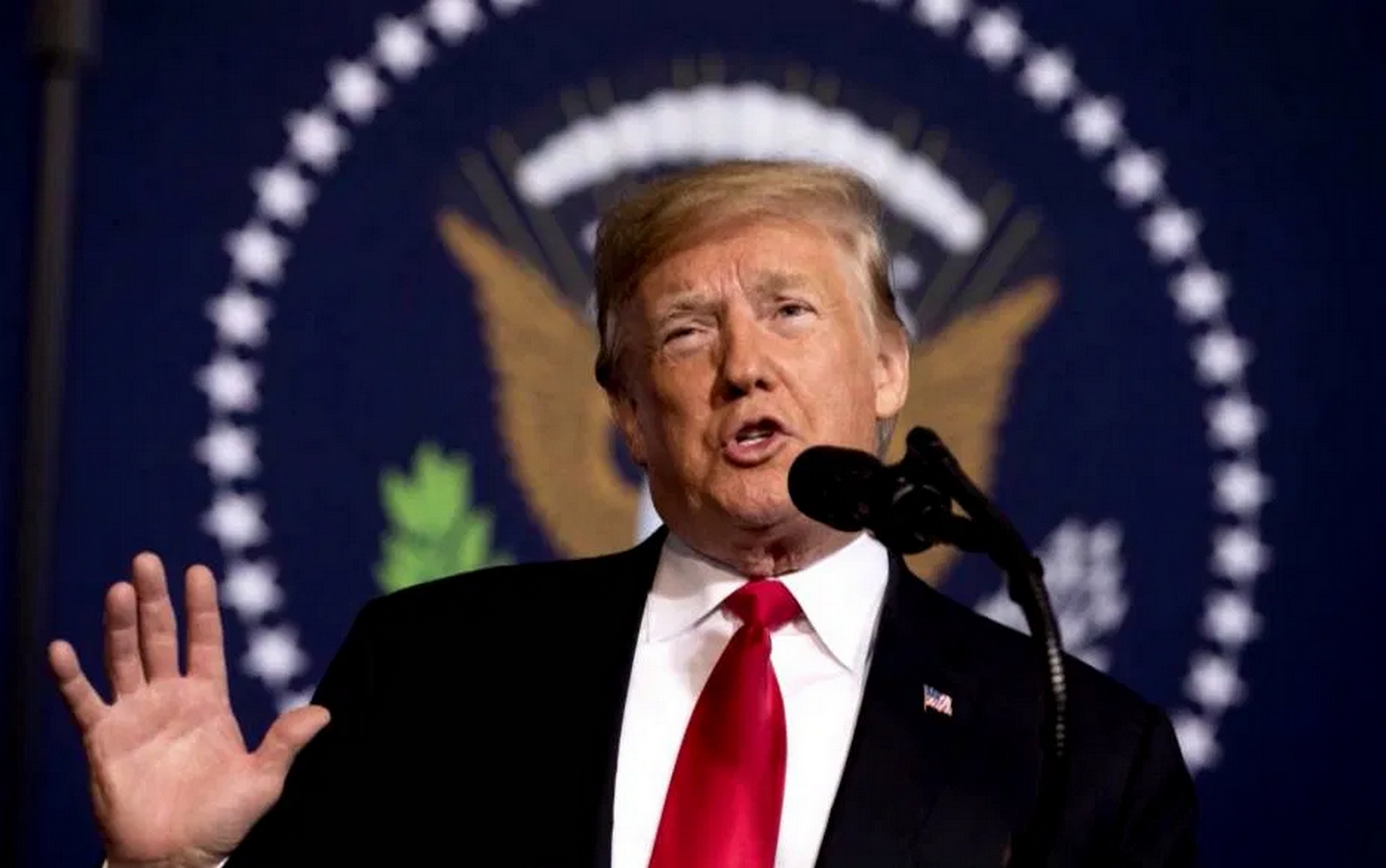 US President Donald Trump yesterday threatened to impose “severe” sanctions on Iraq if American forces are forced to leave his territory, hours after the Iraqi parliament asked the government to “end the presence” of foreign forces in the country.

“If they really asked us to leave and if this was not done amicably, then we would impose on them sanctions they had never seen before”, Trump said on the Air Force One presidential plane while he was returning to Washington after a two-week vacation in Florida.

He threatened to impose it on Iraq that would make that imposed on Iran insignificant compared to it, according to the French Press Agency.

“We have an exceptionally expensive air base there. It cost billions of dollars to build it.

We’ll not leave if they do not compensate us”.

The Iraqi parliament yesterday called on the government to “end the presence of any foreign forces” on its soil, by initiating a “cancellation of the request for assistance” submitted to the international community to fight ISIS.

During an emergency session of the parliament, which was transmitted directly through the official channel of the state, and in the presence of the resigned Prime Minister Adel Abdul Mahdi, the parliamentarians approved the “obligation of the Iraqi government to preserve the sovereignty of Iraq by canceling the request for assistance”, according to what Parliament Speaker Muhammad Al Halbousi announced.

On the other hand, Trump vowed yesterday evening to Tehran with “great revenge” if it launched an attack on American facilities in the Middle East in response to the assassination of General Qassem Soleimani.

“If they do anything, there will be great revenge”, he said.

He also threatened again to strike at Iranian cultural sites, asking: “They have the right to kill our citizens… and we have no right to harm their cultural sites?”

The advisor of the Iranian Supreme Leader had confirmed yesterday that Iran’s response to the assassination of Soleimani “will be military”.