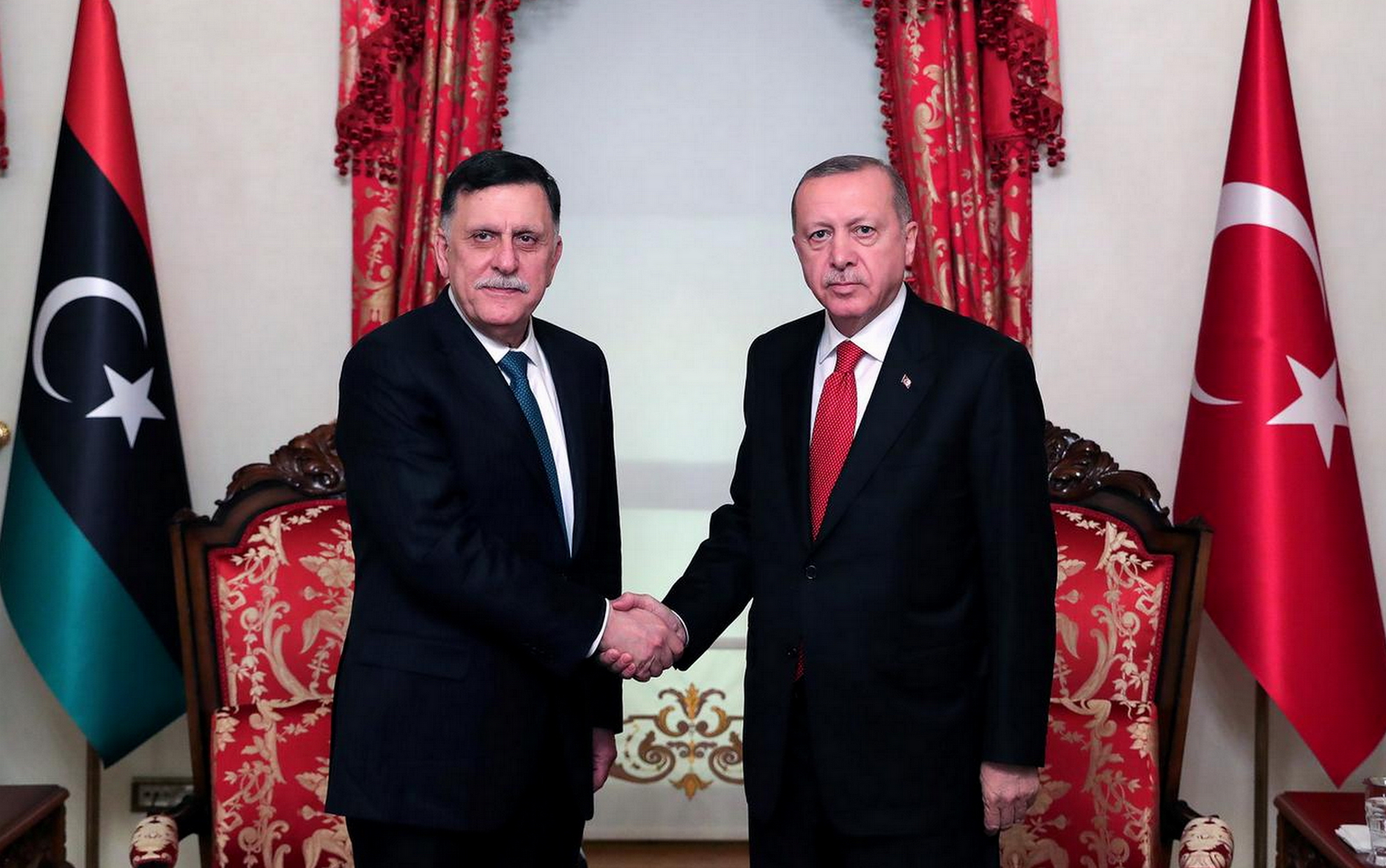 On Thursday, the Turkish parliament approved a memo submitted by President Recep Tayyip Erdogan that allows sending soldiers to support the government of national reconciliation in Tripoli, in a step that threatens to escalate the conflict in this country, while US President Donald Trump warned of “any foreign interference” in Libya.

During an extraordinary parliamentary session, 325 deputies voted in favor of the memo while 184 rejected it, and it gives the Turkish army a one-year mandate to intervene in Libya, according to Parliament Speaker Mustafa Chintoub.

In response to a possible Turkish intervention in Libya, Trump told his Turkish counterpart by telephone that any “foreign intervention would complicate the situation in Libya”, according to White House spokesman Hogan Gedley.

The Egyptian Foreign Ministry and the Arab League condemned the Turkish move.

The statement of the Egyptian Foreign Ministry affirmed, “what the Turkish parliament’s step represents in violation of international legitimacy and Security Council resolutions on Libya is blatant”.

Meanwhile, the Arab League statement stated that the move of the Turkish parliament is “stoking the ongoing conflict” in Libya.

It is up to the Turkish president to decide whether to send troops to Libya, or whether military support will take another form, similar to sending “advisers”.

The Turkish authorities say they are moving based on a request for support they have received from the government of National Accord headed by Fayez Al Sarraj, which is facing an attack led by Field Marshal Khalifa Haftar who wants to control the capital, Tripoli.

Sending Turkish forces to Libya would escalate the conflicts that this country has suffered since the fall of Muammar Gaddafi’s regime in 2011, which are regionally resonating.

Indeed, Libya has turned into a theater of power struggle between two regional camps.

After the vote, the Turkish presidency announced that Erdogan discussed the situation in Turkey with President Donald Trump, without further details.

Presidential spokesman Ibrahim Kalin said the adoption of the memo was “an important step in ensuring peace and stability in Libya and defending our interests in North Africa and the Mediterranean”.

The Turkish parliament’s vote Thursday falls in the context of the rapprochement between Ankara and the Al Wefaq government, which was translated by reaching two agreements at the end of November, the first for military, security cooperation, and the second to demarcate the maritime borders between the two countries.

The Turkish president has repeatedly stressed his country’s determination to provide military support to the Al Saraj government, but it has not been decided whether this will be done by deploying military forces.

On Wednesday, Turkish Vice President Fuad Aktay confirmed that the Turkish army is “ready”, but pointed out that the nature and size of the deployment will be determined according to “field developments”.

Aktay added that Ankara hopes that the adoption of the memo by Parliament will have a deterrent effect.

He said, “After the vote, if the second camp changed its position and said ‘We will withdraw, and stop the attack’, then why should we go there?”

The main Turkish opposition parties voted against the presidential memo, considering that interference in Libya would destabilize regional and drag Turkey, which had previously lost soldiers in Syria, towards a new quagmire.

In addition to the logistical difficulties of deploying to a country not Turkey, as is the case with Syria, a Turkish deployment in Libya may lead to a clash with Russia.

Although Moscow denies the presence of Russian mercenaries in Libya, UN envoy Ghassan Salameh and the Turkish president assert that they have been working alongside Haftar’s forces, who since April have sought to control Tripoli.

Russian President Vladimir Putin will visit Turkey on Wednesday to launch a pipeline alongside his Turkish counterpart, an opportunity for them to discuss the Libyan file.

Turkish support for the Al Saraj government falls in the context of Ankara’s attempt to confirm its presence in the eastern Mediterranean, where a race to explore for and exploit energy resources is taking place amid record huge discoveries in recent years.

Moreover, Turkey became in urgent need of an agreement with the Government of Concord in Tripoli to support its claims in the eastern Mediterranean.

The agreement to demarcate the maritime borders has angered Greece in particular, which called on the United Nations to condemn the agreement that would grant Ankara sovereignty over areas rich in energy resources, especially off the island of Crete.

In a joint statement issued Thursday, Israel, Cyprus and Greece denounced the Turkish move, saying it was a “serious threat to regional stability”.

For his part, Ghassan Salameh said in an interview with the French newspaper “Le Monde” published on Monday that the two agreements signed by the government of reconciliation with Ankara constitute “an escalation of the conflict” and contribute to “accelerating its internationalization and expansion, especially to the maritime field”.

The vote of the Turkish parliament was scheduled for next week, but the government asked to present its date due to the difficulties facing the Al Wefaq government in Tripoli.

The southern suburb of the Libyan capital Tripoli is under repeated bombardment, and three people were killed on Wednesday, according to the National Accord government.

For its part, the European Union expressed on Friday its “deep concern” over Turkey’s decision to intervene militarily in the escalating civil war in Libya, and this warning comes in addition to similar warnings expressed by the United States, Russia and Egypt.

On Thursday, the Turkish parliament voted in favor of a one-year mandate memo that would allow the Turkish presidency to send troops to Libya.

Ankara is seeking to support the Al Wefaq government led by the United Nations-backed Fayaz Al Sarraj, which faces a military offensive led by Field Marshal Khalifa Haftar, commander of eastern Libya forces who is trying to control the capital, Tripoli.

A European Union spokesman said in a statement: “There is no military solution to the Libyan crisis.

The measures that support those fighting in the conflict will further destabilize the country and the region as a whole.

“The European Union will maintain active participation in supporting all measures to reduce the escalation and the steps leading to an effective ceasefire and the resumption of political negotiations”, the EU statement added.

However, he did not give any timetable for sending.

The White House said in a statement that US President Donald Trump told Erdogan by phone “foreign interference is complicating the situation in Libya”.

Egypt condemned the vote, which indicated that it violated United Nations resolutions.