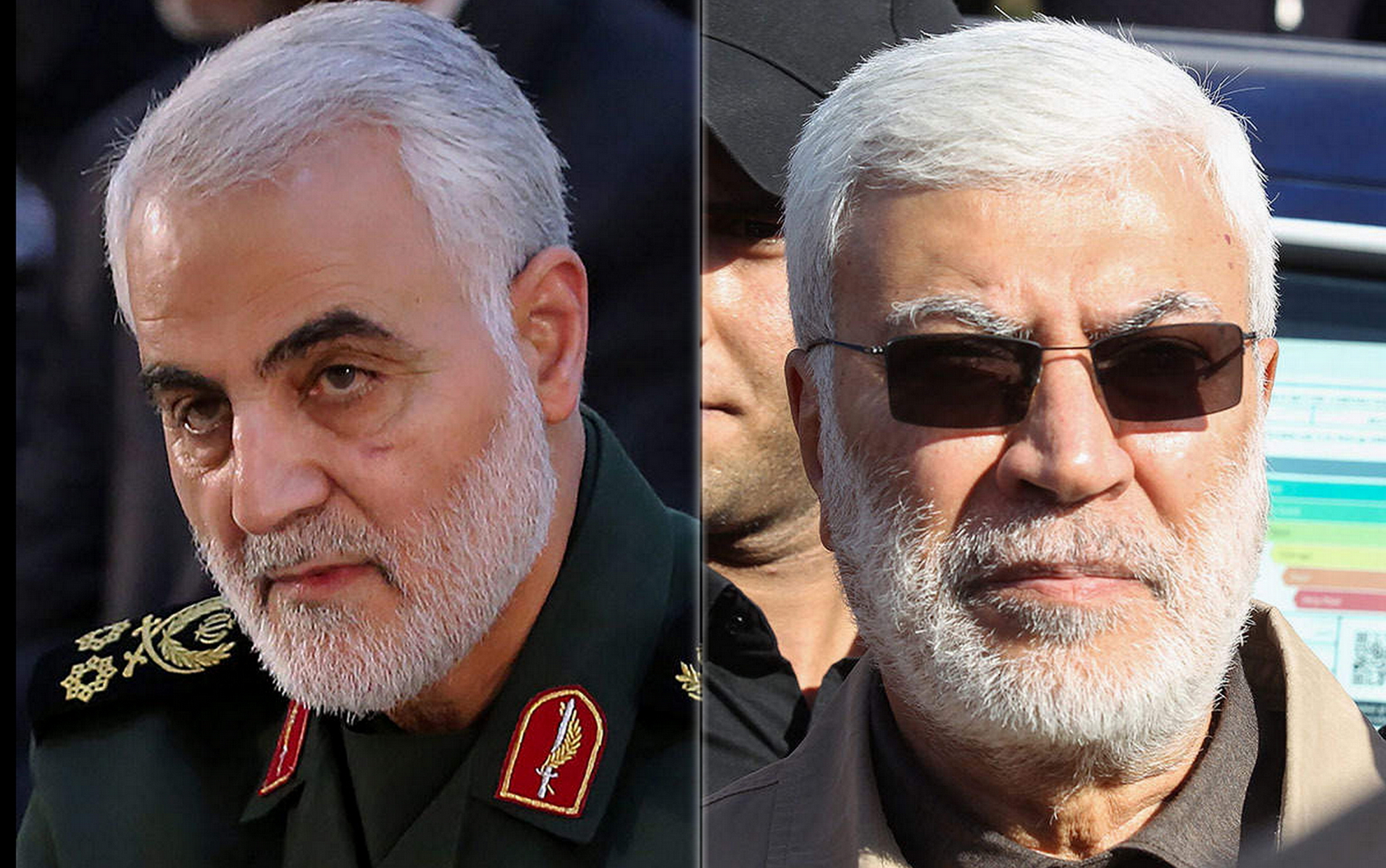 The “Revolutionary Corps” of the Iranian Revolutionary Guards announced, on Friday evening, the killing of 4 Iranian military officers accompanying the Legion’s commander, Qasim Suleimani, who was killed in an American raid in Iraq.

Suleimani, Abu Mahdi Al Muhandis, deputy head of the Popular Mobilization Authority, and eight people who were accompanying them were killed in a missile attack that targeted two cars they were traveling on the Baghdad Airport road after midnight Thursday-Friday.

This escalation comes after violence that accompanied demonstrations in front of the Washington embassy in Baghdad on Tuesday and Wednesday, in protest against the bombing by the United States of the Iraqi “Hezbollah” Brigades, which is close to Iran, on Sunday, killing 28 militants and wounding 48 others, in Anbar Governorate, west of Iraq.

The United States said that the shelling of the brigades came in response to the missile attacks launched by the brigades on Iraqi military bases hosting American soldiers and diplomats, during which one American civilian contractor was killed near the northern city of Kirkuk.

American officials accuse Iran, through its proxies from the Iraqi Shiite factions, of launching missile attacks against military bases hosting American soldiers and diplomats in Iraq, which Tehran denies.

Tensions are running high between Washington and Tehran, two allies of Baghdad, amid fears that Iraq will turn into a battleground between the two countries.

In addition, about 5 thousand American soldiers are deployed in military bases throughout Iraq, as part of the international coalition to fight “ISIS”.

For its part, the Lebanese Foreign Ministry condemned in a statement today, Friday, the assassination of the Iranian military commander Qasim Suleimani and the deputy head of the Iraqi Popular Mobilization Organization, Abu Mahdi Al Muhandis, in a US attack in the Iraqi capital, Baghdad.

“The Ministry of Foreign Affairs and Expatriates looks with concern at what happened in Baghdad at dawn today, and condemns the assassination of General Qasim Suleimani and Haj Abu Mahdi Al Muhandis and their companions, and considers it a violation of Iraqi sovereignty and a dangerous escalation against Iran that would increase tension in the region”.

“The Ministry of Foreign Affairs affirms that Lebanon always encourages the primacy of dialogue, restraint and wisdom to solve problems instead of using force and violence in regional and international relations”, the statement added.

For its part, the Russian Defense Ministry warned, on Friday, that the assassination of the Quds Force commander, Qasim Suleimani, would have negative consequences for the international security system.

The ministry said in a statement, that Suleimani was fighting against “Al Qaeda” and “ISIS” in Syria and Iraq, before the establishment of the international coalition to fight the terrorist organization led by the United States of America.

The statement pointed out that “Suleiman’s personal benefit in the war against ISIS cannot be denied in Syria”.

He continued, “The limited American steps in the assassination of General Suleimani have suddenly strained the military and political situation in the Middle East, and will have negative consequences for the international security system”.

Qasim Suleimani, commander of the Iranian Quds Force, and Abu Mahdi, a leading engineer in the Iraqi “Popular Mobilization” factions and one of the most close associates of Tehran, were killed in a US air raid near the Iraqi capital, Baghdad, after midnight on Thursday.

The process is exacerbated by the recent escalation of tension between Washington and Tehran, two allies of Baghdad, amid fears that Iraq will turn into a battleground between the two countries.

In turn, the Kingdom of Saudi Arabia called on Friday for restraint, in light of the recent developments in the region, most notably the assassination of Iranian General Qasim Suleimani in a US air raid.

The Saudi News Agency (SPA), quoting an official Saudi source, said: “The Kingdom has followed the events in fraternal Iraq, which came as a result of the escalation of tensions and terrorist acts that have denounced and previously warned the Kingdom of its repercussions”.

The official added: “Knowing the security and stability of the region and its threats to terrorist militias that require them to stop, the Kingdom, in light of the rapid developments, calls for the importance of self-restraint to prevent everything that might exacerbate the situation with its unbearable consequences”.

“The Kingdom of Saudi Arabia affirms that the international community must fulfill its responsibilities to take the necessary measures to ensure the security and stability of this vital region for the whole world”.