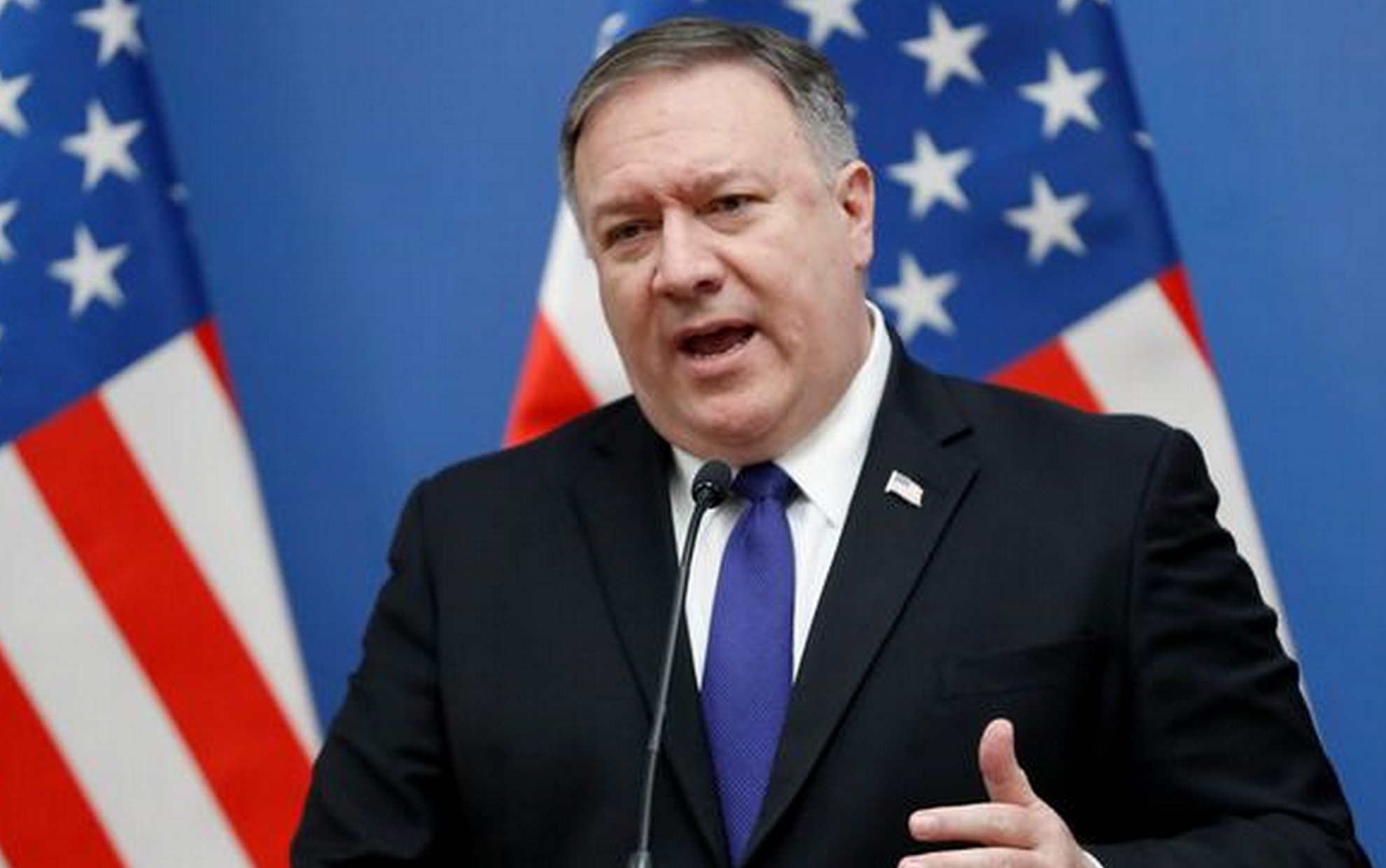 US Secretary of State Mike Pompeo announced Friday that the United States is “committed to reducing the escalation” after the killing of General Qasim Suleimani with an American strike, stressing that the commander of the Quds Force was planning a “major action” that threatened American citizens.

Washington announced earlier that it had killed the commander of the Quds Force in a strike on Baghdad International Airport.

The aide to the leader of the Iraqi Popular Mobilization Forces, Abu Mahdi Al Muhandis, was also killed in the strike.

The Pentagon stated that US President Donald Trump gave the order to assassinate Suleimani.

Pompeo tweeted that he had spoken to his British counterpart Dominic Rap and the German Haikou Maas, and Chinese political bureau member Yang Jiechi about Suleimani’s death.

“We’re grateful that our allies are aware of the ongoing aggressive threats posed by Iran’s Quds Force”, he tweeted, adding that the United States “remains committed to reducing escalation”.

The American strike came three days after an unprecedented attack by supporters of Iran and the popular crowd against the American embassy in the Iraqi capital, which brought to mind the US embassy crisis and the hostage taking in Tehran in 1979.

The US Department of Defense stated that Suleimani had been behind attacks on coalition bases in Iraq in the past months, including the December 27 attack that killed an American contractor.

The ministry said Suleimani “also agreed to the attacks” on the US embassy in Baghdad.

Pompeo stated that before his death, Suleimani was planning an imminent act threatening American citizens.

“He was actively planning in the region to do work – a great job, as he described – would have put the lives of dozens, if not hundreds of Americans at risk … We knew it was imminent … This was the intelligence assessment that guided our decision-making”, Pompeo added.

Earlier, Pompeo posted on Twitter a video that he said Iraqis “dance on the street” to celebrate Suleimani’s death.

Pompeo wrote in a tweet attached to the recording showing a crowd running along a street holding Iraqi flags and banners reading “Iraqis dancing in the street for freedom, expressing their gratitude that General Suleimani is no longer present”.

The source of this video was not mentioned by the US Secretary of State, nor was it recorded.

A journalist from Agence France-Presse reported that dozens of Iraqis, who have been participating for more than three months in the protest movement against the Iraqi authorities and Iranian influence, gathered on Friday morning in Tahrir Square in central Baghdad, and they were singing and dancing after the news of Suleimani’s death spread.

One of them told AFP, “O Qasim Suleimani, this is a divine victory”.

Since October 1, Baghdad and the cities of southern Iraq have been witnessing protests involving thousands of demonstrators calling for the “overthrow” of the political system installed by Washington and loyal to Tehran, during which they burned the Iranian consulate building in Najaf.

In turn, US President Donald Trump said on Friday in a tweet, “Iran has never won a war, but it has not lost negotiations”.

“He is directly and indirectly responsible for the deaths of millions of people”, including Trump, who was demonstrating in Iran, Bloomberg news agency quoted Trump as saying on Tuesday in a Twitter post.

The Pentagon announced in a statement this morning “under the direction of US President Donald Trump, the American army carried out a decisive defense action to protect Americans abroad by killing Qasim Suleimani “.

Trump and Pompeo’s statement came after the Pentagon announced Friday morning and said, “Under the direction of US President Donald Trump, the US military carried out decisive defense action to protect Americans abroad by killing Qasim Suleimani”.

Suleimani was killed, along with Abu Mahdi Al Muhandis, deputy head of the powerful Iraqi Shiite Popular Mobilization Committee, in the attack in Baghdad.

The Supreme Leader of the Iranian Islamic Revolution Ali Khamenei and President Hassan Rouhani have threatened a strong response to the killing of Suleimani.

For his part, Israeli Prime Minister Benjamin Netanyahu praised Friday the decision of US President Donald Trump to act “quickly, forcefully and firmly” by launching the strike that led to the killing of Iranian General Qasim Suleimani in Iraq.

This and tens of thousands of people demonstrated in Tehran on Friday to condemn the American “crimes”, as reported by an AFP correspondent after the killing of General Qasim Suleimani in a US raid in Baghdad.

After Friday prayers, crowds went out to the center of the Iranian capital and chanted “Death to America”.

They carried pictures of General Suleimani, commander of the Quds Force in the Iranian Revolutionary Guard, who was killed at dawn in Iraq in an American missile attack.

Men and women roamed the streets of central Tehran, also carrying pictures of the Supreme Leader of the Islamic Republic of Iran, Ayatollah Ali Khamenei.

For his part, British Foreign Secretary Dominic Raab mentioned that all parties should “reduce escalation” of tensions after the American raid that killed the Qasim Suleimani, commander of the Quds Force in the Iranian Revolutionary Guard and Abu Mahdi Al Muhandis, deputy head of the Iraqi Shiite crowd in Baghdad.

“We have always noticed the hostile threat posed by the Iranian Quds Force, led by Qasim Suleimani,” Raab said.

He continued: “After his death, we urge all parties to reduce the escalation … more conflict will not be in our interest”.

For his part, French President Emmanuel Macron called on Iran not to make any provocation.

The French President’s office said in a statement that Macron had telephoned his Russian counterpart, Vladimir Putin, on Friday to discuss the situation in Iraq, Bloomberg reported.

The two leaders agreed to maintain contact in the coming days to avoid the occurrence of a “dangerous new escalation of tensions”.

The Presidents called on all parties to exercise restraint.

Macron stressed France’s commitment to the sovereignty of Iraq, security and regional stability, and called on Iran to return quickly to fulfill its nuclear obligations and refrain from any provocation.

He stressed that the priority remains to fight “Islamic terrorism”.

Earlier today, the Pentagon announced that the killing of General Qasim Suleimani, commander of the Iranian Revolutionary Guards Corps, had been ordered by US President Donald Trump.

Khamenei has threatened a very harsh response to the killing of Suleimani.