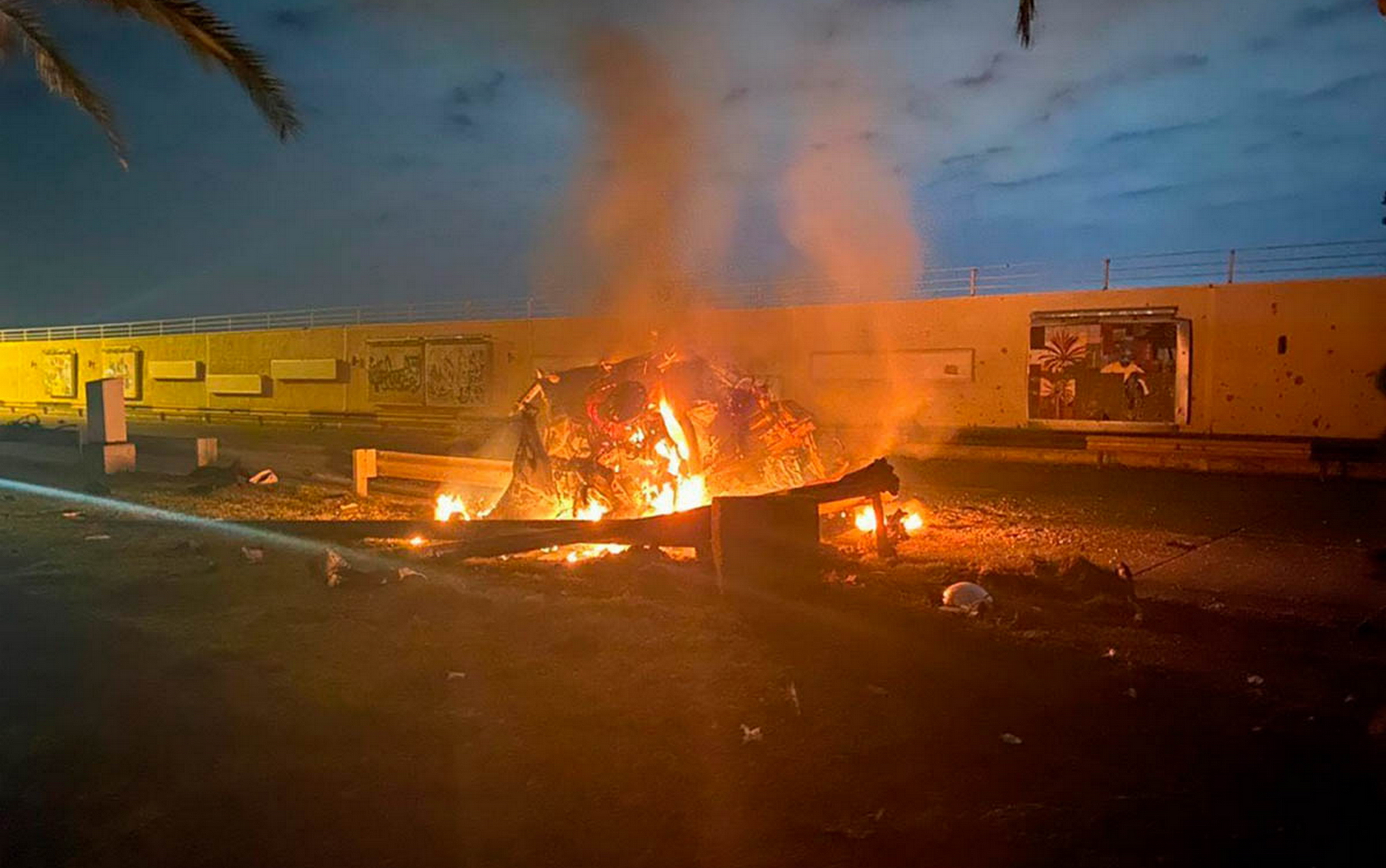 The Islamic Dawa Party in Iraq, led by Nuri Al Maliki, today called on the Iraqi government to reconsider relations with the American administration after it recognized the killing of Qasim Suleimani, commander of the Quds Force of the Iranian Revolutionary Guard and Abu Mahdi Al Muhandis, deputy head of the powerful Iraqi Shiite crowd and others in an air strike in Baghdad.

In a statement, the Islamic Dawa Party described the killing of Suleimani and the engineer as “a disgraceful act that clearly reveals the arrogant methodology of American policy in implementing its ambitions and project aimed at controlling the region”.

“We call on the Iraqi government to take the available steps to deal with this serious event, and to reconsider its relations with America after it officially admitted that it committed the crime”, the statement said.

The party stressed that this crime clearly demonstrates America’s lack of respect for Iraqi sovereignty and finds no embarrassment in front of the bloodshed of Iraqis and those who stand with them, and that the American forces behave as if Iraq is still under its hateful occupation.

He also called the Iraqi Deputy Speaker of Parliament Hassan Al Kaabi to hold an emergency parliamentary session to discuss ending the US military presence in the country against the background of the killing of Qasim Suleimani, commander of the Iranian Quds Force, and Abu Mahdi Al Muhandis, deputy head of the Popular Mobilization Authority.

Al Kaabi said, in a statement seen by Anatolia, “The time has come to put an end to the American recklessness and arrogance inside Iraq.

Every day, the falsehood of their allegations and their underestimation of the sovereignty of Iraq becomes clear”.

He added “tomorrow’s session tomorrow if it is held, will be devoted to making detailed decisions that put an end to the American presence inside Iraq”.

He pointed out that “targeting Engineer and Suleimani was not targeting their people as much as it is an explicit assassination of the Iraqi resistance spirit of the forces of arrogance and arrogance represented by America and Israel, and it is a targeting of jihad, opposition and the international revolutionary spirit”.

The head of the Iraqi caretaker government, Adel Abdul Mahdi, has called, on Friday, the parliament for an emergency session to take appropriate decisions regarding the American presence in Iraq.

Parliament is expected to discuss taking a decision to remove American forces from Iraq, as well as discuss canceling or amending the Strategic Framework Agreement between the two countries.

As of 10:00 GMT, no formal decision has been taken regarding the convening of the emergency session of the Iraqi parliament.

The two countries concluded the Strategic Framework Agreement in 2008, which organized the exit of the occupying American forces (2003-2011) and the military, economic, political, and other relations between the two countries in the post-occupation phase.

And about five thousand American soldiers are deployed in military bases throughout Iraq, as part of the international coalition to fight the terrorist organization “ISIS”.

A spokesman for the German Army Operations Command in Potsdam also announced that the army force in Iraq had tightened its security measures in the wake of Thursday’s raid by US forces in Baghdad that killed Qasim Suleimani, commander of the Quds Force in the Iranian Revolutionary Guard and Abu Mahdi Al Muhandis, deputy chief The powerful Iraqi Shiite crowd, and others.

The spokesman explained that the headquarters of the international coalition opposed to ISIS issued an order restricting the movement of forces, whether on the ground or in the air.

It is noteworthy that there are 27 German soldiers at the Taji military base, located 30 kilometers north of the capital, Baghdad, and these soldiers are training Iraqi forces.

The spokeswoman added that the American behavior came in response to a series of provocations, for which Iran is responsible.

The spokeswoman avoided in response to a question direct criticism of the behavior of the US government.

Yesterday, American forces carried out a raid in Baghdad, killing Suleimani and Abu Mahdi Al Muhandis, the deputy head of the powerful Iraqi Shiite crowd, and others.

Iran vowed in the wake of the announcement that Suleimani was killed in retaliation against America.

The killing of Suleimani and the engineer represents a major escalation after the violence that accompanied demonstrations in front of the American embassy in Baghdad on Tuesday and Wednesday, in protest against the bombardment by the American states of the Iraqi “Hezbollah” Brigades, which is close to Iran, on Sunday, killing 28 militants and wounding 48 others in Anbar Province, western Iraq.

Washington said that the shelling of the brigades came in response to the missile attacks launched by the brigades on Iraqi military bases hosting American soldiers and diplomats, during which one American civilian contractor was killed near the northern city of Kirkuk.

American officials accuse Iran, through its proxies from the Iraqi Shiite factions, of launching missile attacks against military bases hosting American soldiers and diplomats in Iraq, which Tehran denies.

Tensions are running high between Washington and Tehran, two allies of Baghdad, amid fears that Iraq will turn into a battleground between the two countries.

For its part, the Iraqi Oil Ministry announced on Friday that a number of American employees working in the oil sector will leave the country, according to the request of their country’s embassy to leave Iraq “immediately” after the air strike carried out by its forces that led to the killing of the Iranian General Qassem Soleimani and Deputy Chairman of the Popular Mobilization Authority Abu Mahdi Al Muhandis.

“Many employees of American citizenship have left Iraq in response to the request of their government”, hours a spokesman for the ministry, Asim Jihad, told AFP, hours after the American embassy in Baghdad called on its citizens to leave Iraq “immediately”.

An official statement of the ministry confirmed that, “the conditions are normal in the oil fields all over Iraq, and production and export operations were not affected”.

Many American workers in the oil sector had left Iraq months ago, according to oil sources.

The influential Iranian general Qasim Suleimani and the senior leader of the Iraqi popular crowd, Abu Mahdi Al Muhandis, was killed at dawn Friday in an American air strike targeting their convoy near Baghdad International Airport.

In a statement, Iraqi Prime Minister Adel Abdul Mahdi warned that this strike constitutes “a dangerous escalation that ignites a devastating war” in Iraq.

Oil is the main source of the Iraqi budget, which is the fifth largest oil exporter in the world.