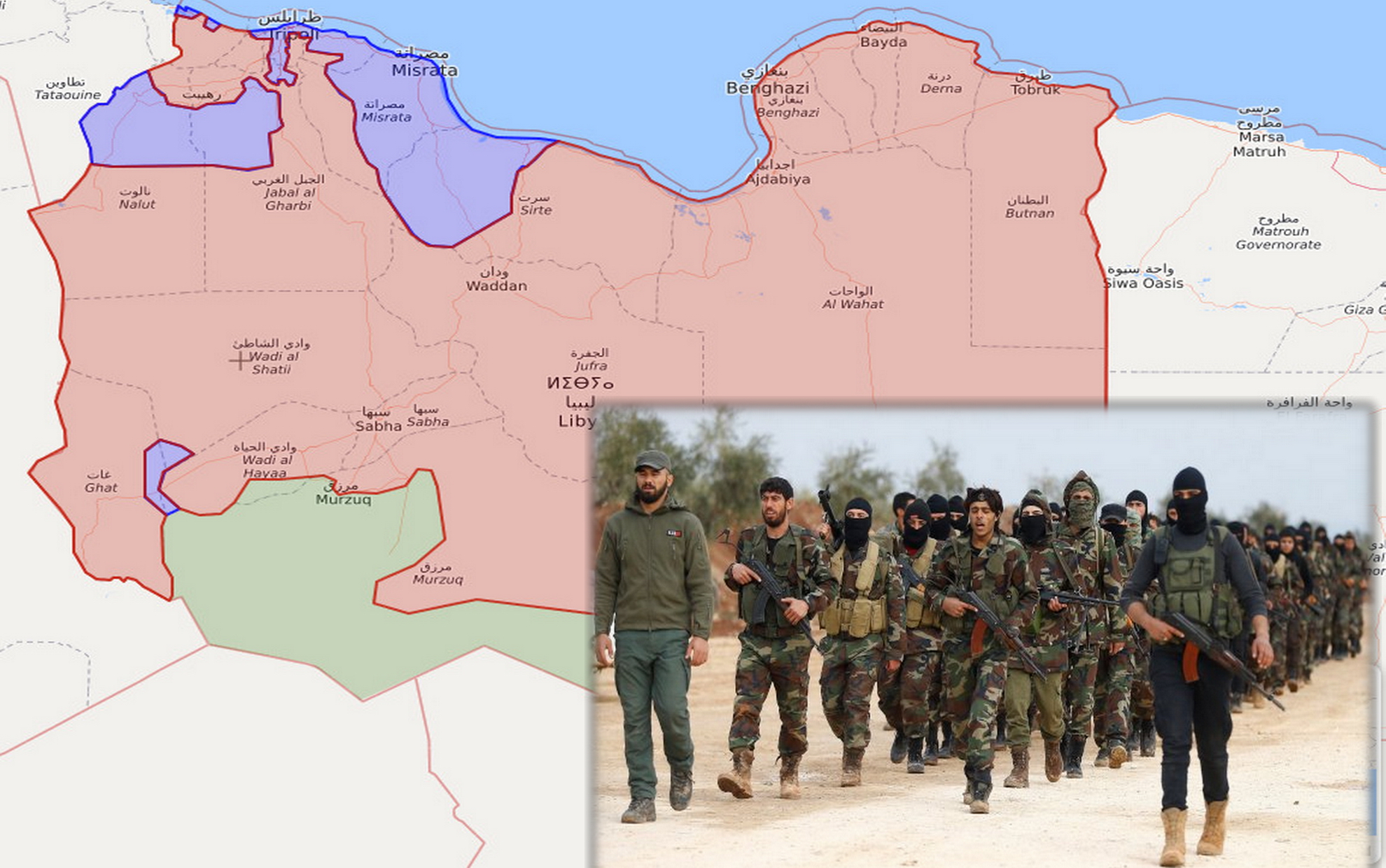 In accordance with the agreement closed between the Tunisian and Turkish presidents, Kais Saied and Recep Tayyip Erdoğan, on Christmas Day, the migration of jihadists from Syria via Tunisia to Libya has begun.

The pendulum has swung back, when considering that the Free Syrian Army was created by the jihadists of the Libyan Islamic Fighting Group (LIFG), who had joined the ranks of Al Qaeda in Iraq, then served as NATO’s foot soldiers in Libya.

According to Middle East Eye, the Sultan Murad Division, the Suqour Al Sham Brigades (Hawks of the Levant) and especially the Faylaq Al Sham (Legion of the Levant) are already on the move.

The SOHR, a British association linked to the Muslim Brotherhood, has confirmed the arrival in Tripoli of the first 300 combatants.

The Sultan Murad division is made up of Syrian Turkmen.

The Hawks of the Levant comprise numerous French fighters and the Legion of the Levant is an imposing army of at least 4,000 men.

The latter group is directly affiliated with the Egyptian Muslim Brotherhood.

Turkey has urged several other jihadist groups to follow suit and to flee ahead of the liberation of the Idlib governorate by the Syrian Arab Army.

The jihadists sent to Libya are expected to balance out the forces present in the country by supporting the government installed by the UN, while elements of Sudan’s Rapid Support Forces and the Russian mercenaries have lined up with the Bengazi-based government.