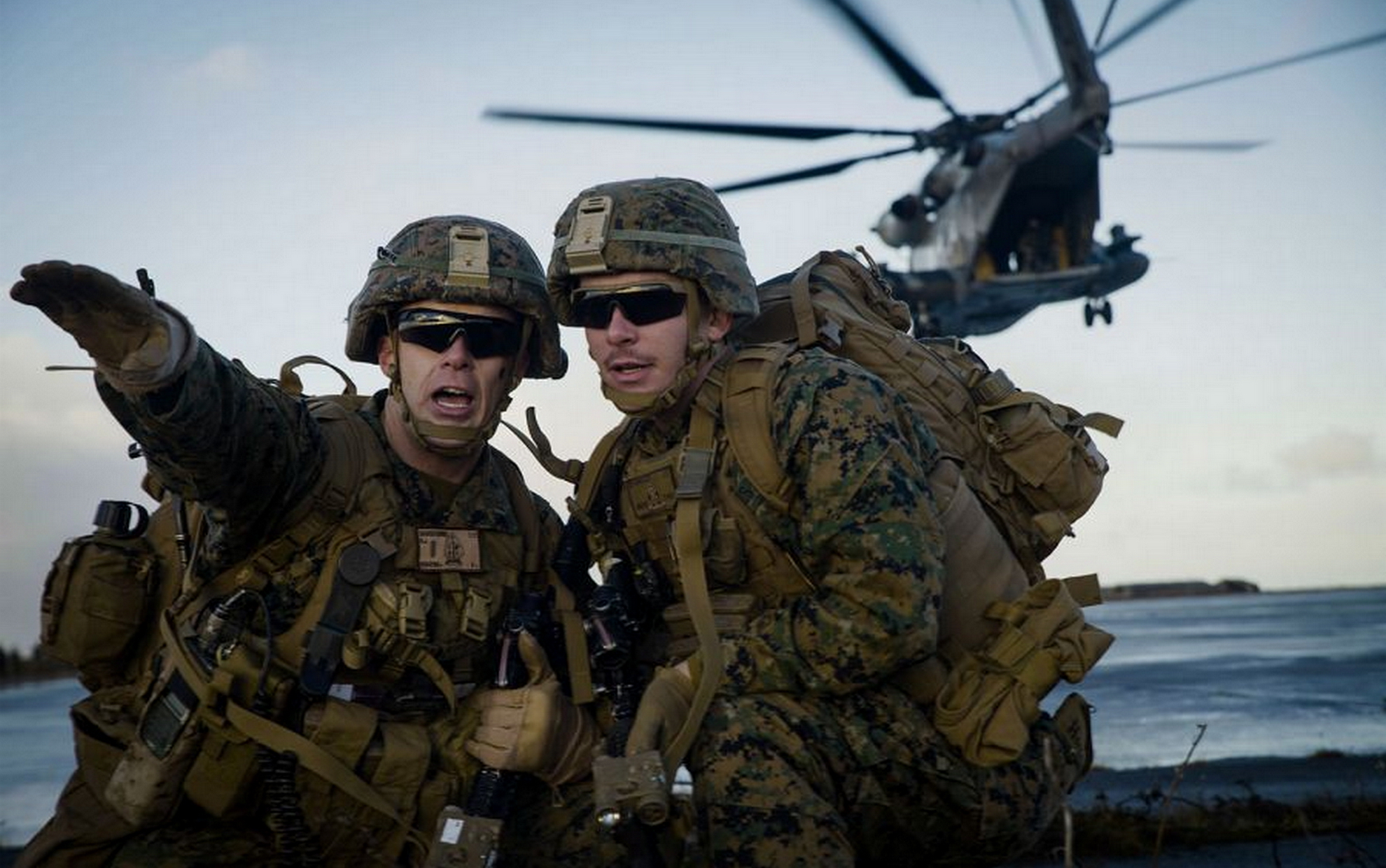 US officials said that the Pentagon sent about 100 US Marines today to the US embassy in Baghdad to enhance security after Iraqi protesters, angry at the American air strikes, against the Iranian-backed “Popular Mobilization” forces in Iraq and Syria stormed the embassy complex.

The secretary of Defense Mark Esper said in a statement released earlier today, Tuesday that the new forces would help “ensure the security of our embassy and our personnel working in Baghdad.”

The Esper statement came as television footage showed dozens of protesters standing along the walls of the embassy compound and hurling stones at them.

According to “Stars and Stripes”, a newspaper issued by the US military, a US official said that infantrymen from the second battalion of the 7th Marine Corps were transferred early Tuesday afternoon from the American base in Kuwait to the embassy in Baghdad.

According to the American Army newspaper, the Marines in Kuwait were assigned to the Legion Crisis Response Team in the US Central Command area, according to “Sputnik”.

The unit has been specially trained to respond quickly to issues that arise in that region, which include the Middle East and Afghanistan.

The official, who spoke on condition of anonymity, said the influx of troops came after “show of strength” conducted by two Apache AH-64 helicopters.

The official said that the Apache would continue to be available to help secure the embassy as long as needed, and more forces were prepared to prepare for deployment if necessary.

However, the official did not disclose the number of troops present at the embassy.

The official said that Iraqi security forces helped control the situation that had not killed anyone until Tuesday afternoon.

“As in all countries, we depend on the forces of the host country to help protect our personnel in the country, and we call on the government of Iraq to fulfill its international responsibilities to do so,” Esber said in a statement.

“The United States continues to support the Iraqi people and a free and sovereign Iraq with prosperity”, he added.

A second US official said the embassy’s main building had not been violated and that the protest – which mostly consisted of PMF militias, appeared to be “somewhat calming down.”

The official, who also spoke on condition of anonymity, said that as of Tuesday, the United States had “not planned to vacate the embassy.”

However, media reports from Iraq indicated that at least some individuals have set up camps outside the embassy grounds.

The Associated Press reported that the protesters “had intended to organize a sit-in.”

The protests came one day after groups of the Iraqi “Popular Mobilization” vowed revenge in the wake of Sunday’s US air strikes on five sites in Iraq and Syria that included forces US officials blamed for the deadly attack on Kirkuk and about ten similar attacks on US bases and troops. The coalition fighting “ISIS” in Iraq.

The United States has moved about 14,000 soldiers to the Middle East since May due to Iran.

These forces largely consist of a group of naval aircraft carrier officers, individuals, grenade launchers, fighter aircraft, soldiers, and air and missile defense units that have been sent to reinforce troop protection.

Defense officials said most of the ground forces were sent to Saudi Arabia.

The United States has about 5,200 soldiers in Iraq.