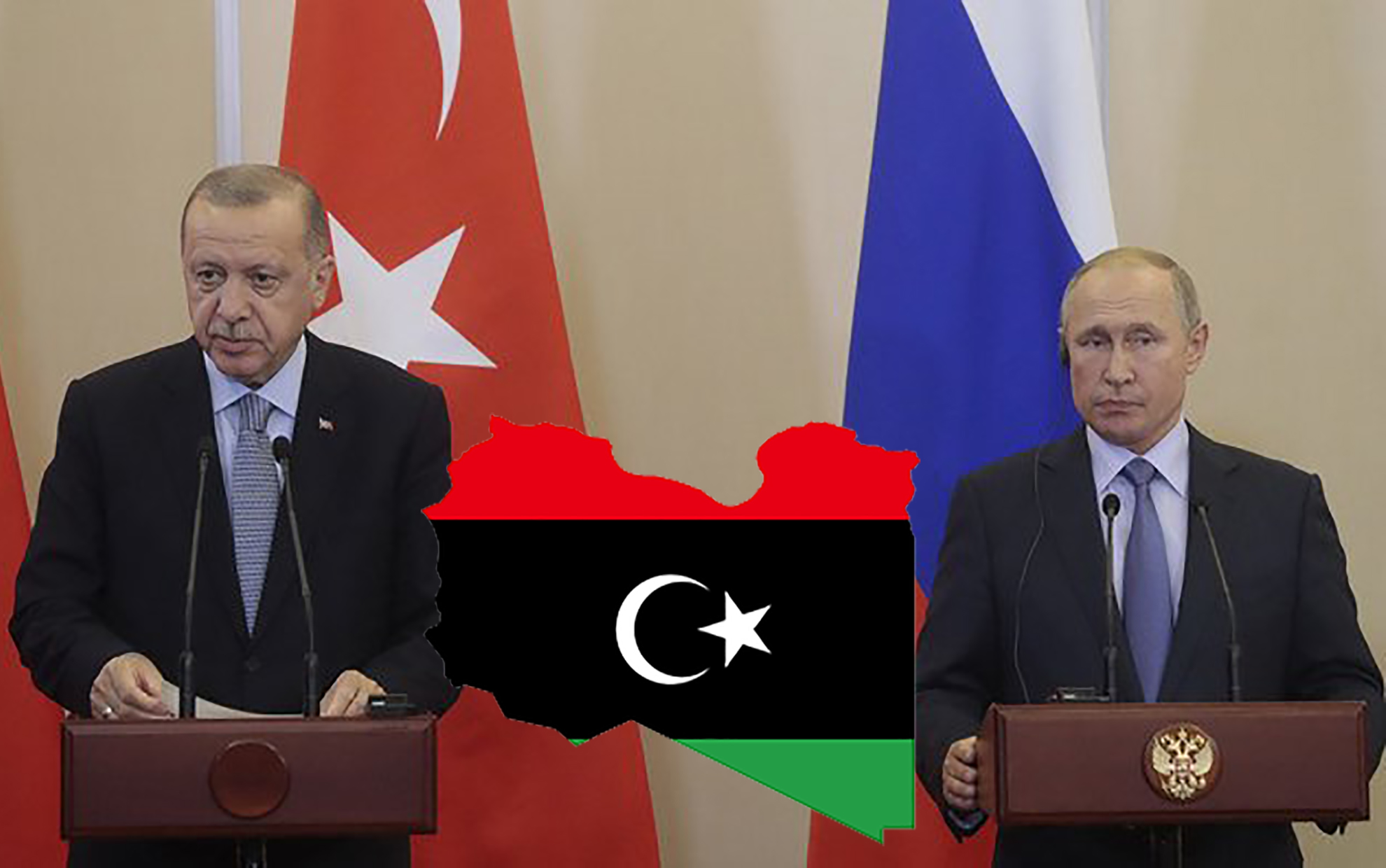 Analysts believe that with the Turkish and Russian intervention in Libya, this country is heading towards a scenario similar to the Syrian conflict, with the risk of aggravating chaos in the field and the Europeans retreating to the second row in efforts to settle the conflict.

The fratricidal war that has taken place in Libya since the overthrow of Muammar Gaddafi in 2011, has accelerated in 2019 as Turkey’s actions have increased in recent days.

The Turkish parliament is scheduled to vote on Thursday to deploy Turkish soldiers in Libya in support of the Fayez Al Sarraj government, which is threatened by a military campaign by Field Marshal Khalifa Haftar.

With the approval of Parliament, Turkey formally joins the Libyan theater with other powers, knowing that it is practically present in Libya, in particular by supplying the Al Sarraj government with weapons and drones.

It intends, by deploying its soldiers, a line of pawns against Russia, Egypt, and the Emirates, which support the Libyan National Army led by Haftar.

Experts believe that Hafter is making progress in his campaign against the capital thanks to reinforcements from hundreds of Russian mercenaries, after his first attacks in April 2019 failed.

This Russian presence, which Moscow constantly denies, was confirmed by the United Nations envoy to Libya, Ghassan Salameh, who expressed concern about the increasing internationalization of the conflict.

Analysts confirmed information circulated by social networks about the arrival of Syrian mercenaries for Turkey on behalf of Tripoli, despite the denial of the National Accord government.

Jalal Al Hashawi, a Libyan researcher in the Netherlands, said that, as in Syria, we are witnessing “a very complex and highly contradictory choreography” between the actors of Turkey and Russia, who “are not joined by friend and are not allies” but their interests can meet.

Russia and Iran were the most prominent supporters of the Syrian authorities and Turkey, which supports the Syrian opposition, met within the Astana peace process that was launched in 2017 after the failure of several rounds of negotiations organized by the United Nations in Geneva.

“Can something similar (to the Syrian model) be repeated in Libya?” Ghassan Salameh asked in the French newspaper Le Monde Monday.

“There has never been a direct confrontation between Turks and Russians on Syrian soil.

Likewise, there will not be a deliberate, intentional, and intense confrontation between them on Libyan soil”, Al Harshawi added.

But in return, according to the analyst, “mistakes and slippage” will occur between the Libyans through opposing “sponsors” (external forces) “and it will not be good, and the Libyans will die”.

This dual Russian-Turkish intervention will mean the influence of the Europeans, the first of which is France, diminishing in a conflict at their doorstep with its terrorist threats and the flow of migrants.

“Ultimately, the leadership will not be Western.

The Russians and the Turks will conclude a new Yalta in Libya, ”referring to the sharing of US-Soviet influence in 1945, adding that“ they continue the same logic against Europe and the post-American influence ”with Washington retreating internally.

France, which was trying to mediate in Libya after the election of President Emmanuel Macron in 2017, opened channels of dialogue with Field Marshal Haftar, and angered the former colonial ruler of Libya, has been kept secret in recent months.

Many say Paris supports de facto support for Haftar, but the French authorities deny this.

And Germany took the file about it with the goal of gathering international supporters and the most prominent actors in the crisis around a dialogue table in January in Berlin as part of a process similar to the processes of the United Nations negotiations.

Imad Eddin Badi, an expert at the Middle East Institute in Washington, believes that Turkey wants to “reach a political settlement that will save the national reconciliation government” and preserve its economic interests in Libya.

In particular, on November 27, 2019, it signed an agreement with the Al Saraj government, allowing it rights over large areas of the eastern Mediterranean, rich in hydrocarbons.

“All of this falls within a wider competition, for resources and influence, between Turkey on the one hand and Egypt and the Emirates on the other hand in addition to Greece, Cyprus and Israel to a lesser degree”, adds an expert on Middle East affairs at the American Rand Institute for Research in Washington, Natan Westfest.