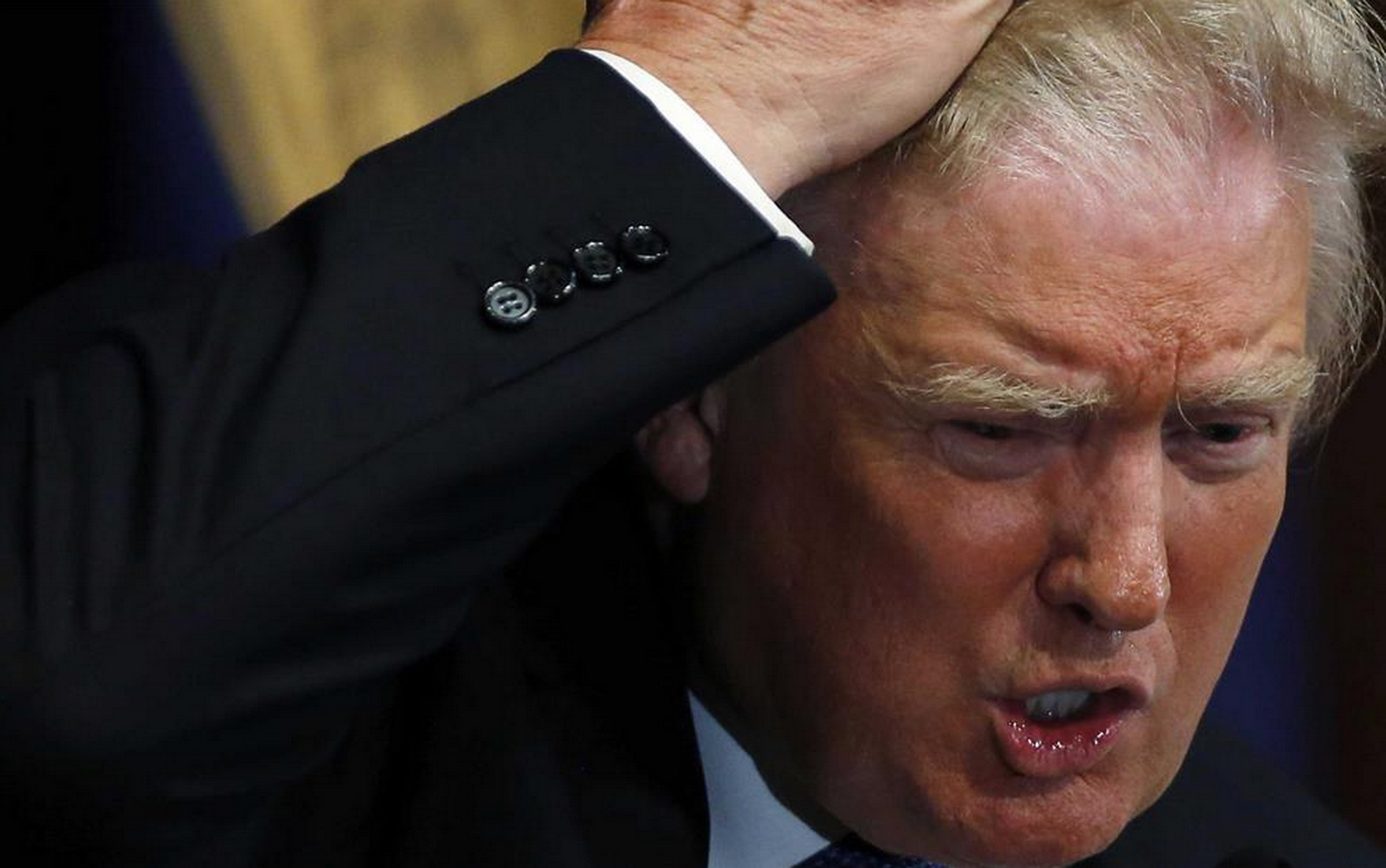 The budget crisis continues to weigh heavily on the United States a few days before the end of the year.

US President Donald Trump has been forced to stay in Washington DC to follow up the controversy over the new fiscal year.

Trump planned to travel to Florida to spend the holidays with his family there and practice golf, but was forced to stay in Washington because Congress refused to pass the budget, which led to the partial closure of US government institutions.

“I’m very lonely and poor at the White house waiting for the Democrats to come back to reach an agreement on border security that is desperately needed”, Trump wrote on Monday.

“The failure of the Democrats to conclude an agreement will cost our country more money than the border wall, which we all talk about. Madness!”.

Trump refused to sign the budget law, unless the allocation of billions of dollars to finance the construction of the separation wall on the border between the United States and Mexico, causing this political escalation.

Trump holds Democratic opponents responsible for the partial closure of US government institutions.

Trump used the extra time he spent in the White house to write on Twitter to express his disappointment with the Democrats, the media, his opponents, the Federal Reserve and people in his administration.

The Washington Post reported that Trump spent hours and hours after canceling the Florida flight to watch TV and the anger of the news coverage.

The White house announced that First Lady Melania Trump, who had gone to Florida, would return to Washington to spend her holidays with her husband, meaning that Trump would not celebrate birthdays alone.

For her part, US Congressional leader Nancy Pelosi accused President Donald Trump of flooding the country “into chaos”.

This came in response to several crises facing the US administration, including the partial government closure, the resignation of Defense secretary James Mattis on the backdrop of the US withdrawal from Syria, as well as the tensions between Trump and the Federal Reserve.

“On Christmas Eve, Donald Trump is drowning the country in anarchy, the stock market is collapsing, and the president is waging a personal war on the Fed after he sacked the defense minister”, Pelosi said in a tweet on Twitter.

If Trump and the Republican Party do not stop holding America hostage to their radical policies, the democratic majority will act quickly to re-open the government in January.

Earlier, Trump slammed the Federal Reserve, accusing him of being the only problem facing the US economy and that his officials “do not feel the market”.

US President roughly attacked The US Federal Reserve chairman, Jerome Powell, last week, after the latter’s decision to raise the interest rate by a quarter percentage point, on Wednesday.

Since Saturday, the US government has been in a state of partial closure after the deadline for a funding deal has passed.

The stalemate began after Trump refused last week to approve a short-term government funding agreement reached by Democratic and Republican senators because it did not include the five billion dollars to build the border wall with Mexico.

The national parks will be closed in the United States, and more than 400,000 “necessary” federal workers will be employed in these agencies without pay until the dispute is resolved and 380,000 other employees will receive temporary leave vacation.