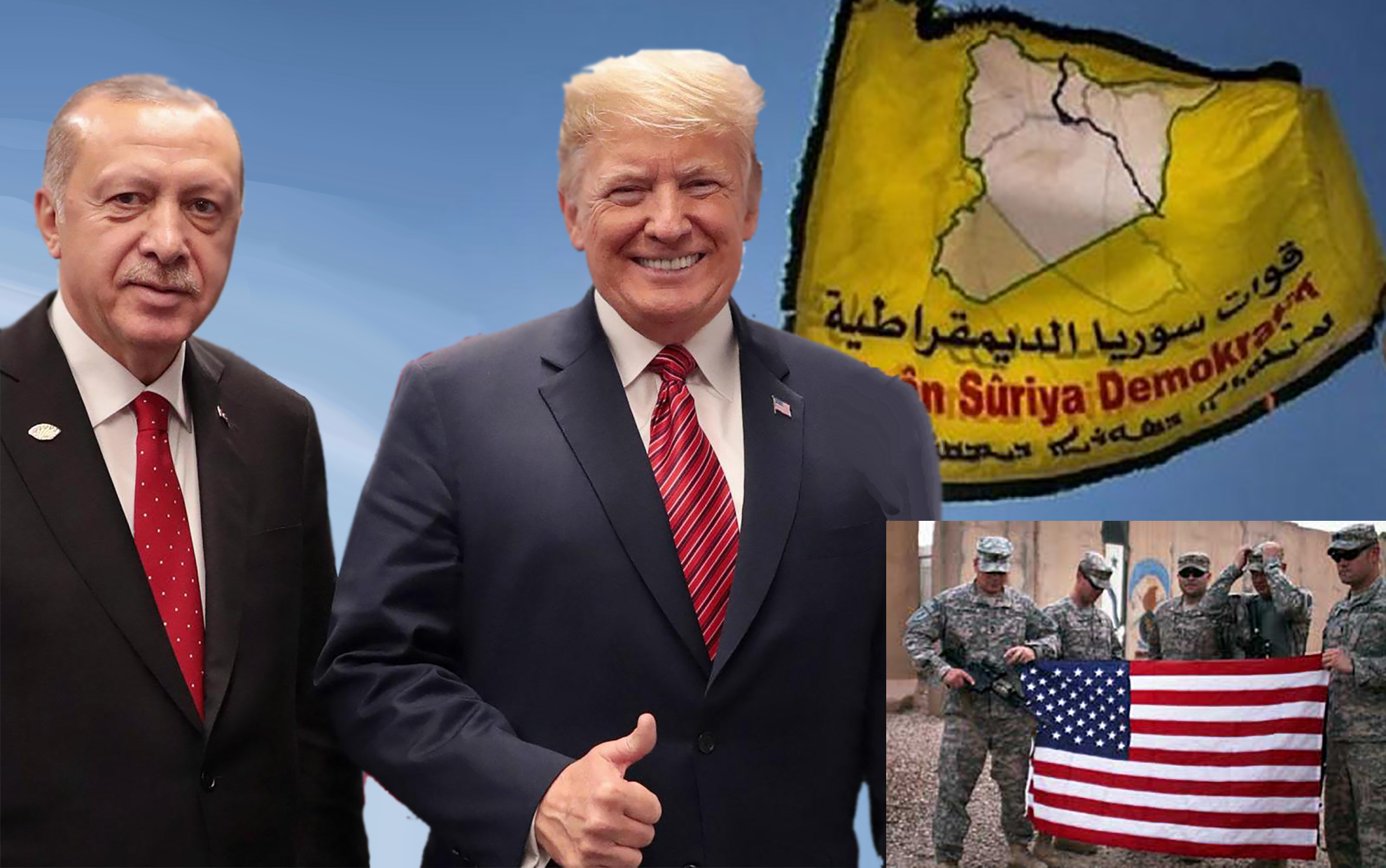 Syrian Democratic Forces said that the US withdrawal from Syria is considered as a stab in the back and a “betrayal”.

The White House has announced “the start of the withdrawal of US troops from Syria”, noting that “the troops are returning back home”.

The White House said that “victory over the terrorist organization has been accomplished pointing out that the withdrawal from Syria doesn’t mean the end of the international coalition or its campaign”.

“Five years ago was terrorism represents a major threat in the Middle East and now it was defeated by the United States.

After the US military withdrawal from Syrian territory, Syrian Democratic Forces pledged to fight to death the Turkish army, along its mercenaries whose is preparing to launch a major military operation in the eastern Euphrates region.

The spokeswoman of the, Cihan Ahmed, told news agency Sputnik on Wednesday evening, commenting on the United States’ announcement of the withdrawal of its troops from Syrian territory: “The SDF” doesn’t rely on anybody, but depends on its own capabilities and its people”.

“We have said many times that we will face Turkish threats.

This will be a war to the death, and we’ll face it with all strength and courage”.

“Our people are ready for these threats and will resist the wars of Erdogan, who seeks to prolong the life of ISIS and in rural Deir Al Zour in particular”, she said.

“Our people will determine the outcome by staying or not”, said the spokeswoman of the Syrian Democratic Forces.

This development in the events has caused great anger among Syrian Democratic Forces, which considered the US withdrawal from Syrian territory as a “stab in the back and a betrayal of the blood of thousands of fighters”, especially against the background of the threats coming from Turkey and its president, Recep Tayyip Erdogan.