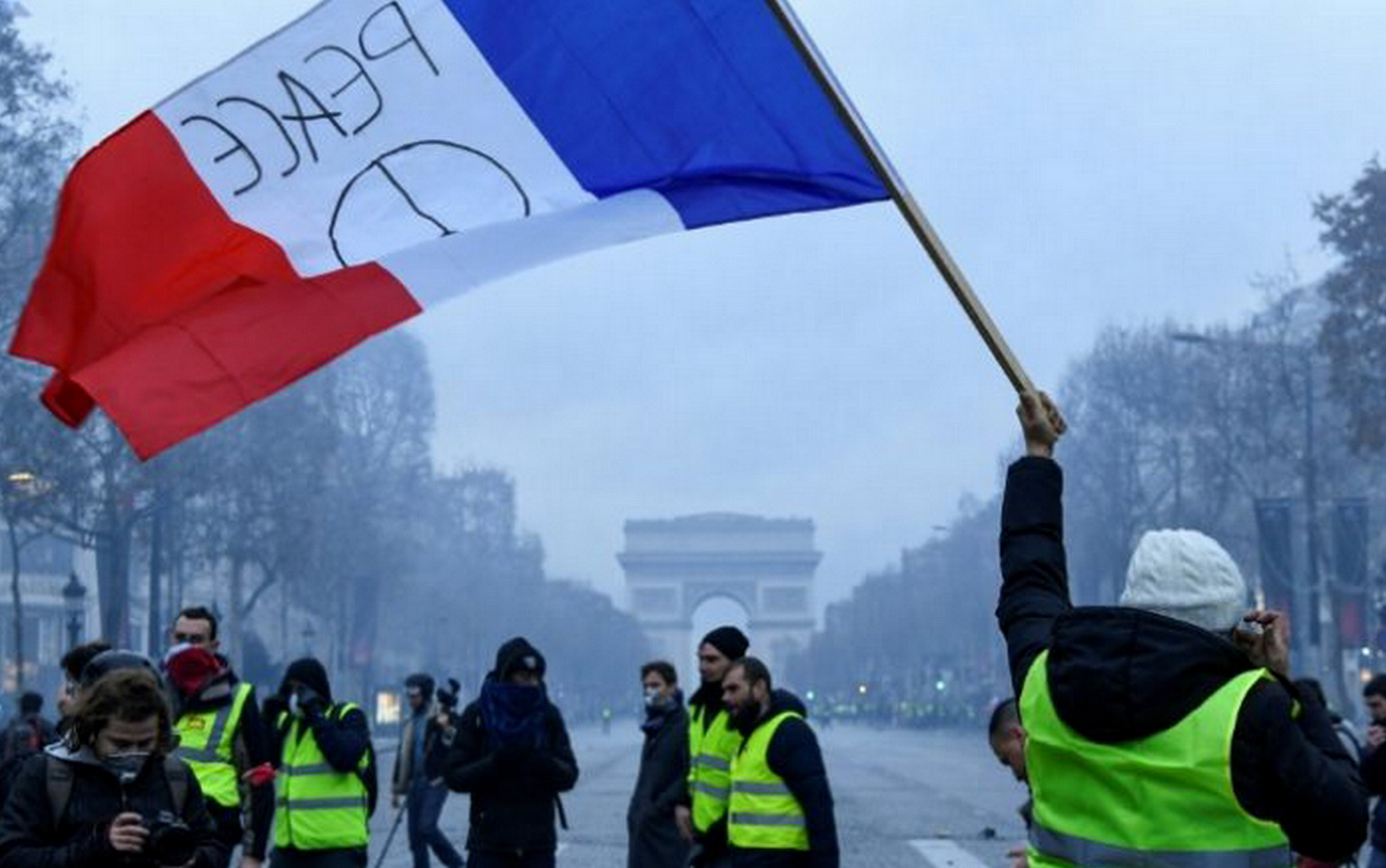 The French government on Monday called on the remaining “yellow vests” to withdraw from the country’s roads as they race for time to implement social measures announced by President Emmanuel Macron to contain the crisis.

Interior Minister Christophe Castaner said that the “yellow vests” would continue to close the “Enough” roundabouts and intersections.

After a marked decline in violence and mobilization last Saturday, the government hopes to overcome the crisis but still has to tackle the issue of banditry across France.

“Roundabouts have been evacuated and we will continue to do so”.

National Assembly President Richard Ferran, who is close to president Macron, said sending policemen and gendarmes to “rural areas” to “free up public spaces” was not excluded.

“If the government does this, it really means they did not understand anything”, said Pierre-Gail Lavodet, a spokesman for the yellow jackets in the Son-a-Loire area.

In Chattouloro (center-west) activists expected to be expelled from Monday morning. So they burned some of their huts on Sunday night.

On Sunday night, fire was recorded on a highway south of France. On Monday morning, France-based Fenneci spoke of “less” demonstrations, but noted that “some 40 bridges of transformation” were still in trouble and some were closed.

“We cannot continue to paralyze the French economy and trade in our villages and cities”, the French interior minister said.

Since the start of the “yellow vests” movement on November 17, the confrontations have cost the trade sector about 2 billion Euros, according to the National Council of Shopping Centers.

French Prime Minister Eduard Philippe kicked off a crucial week in an attempt to float the presidential majority by telling the daily Le Zico in an interview on Sunday evening of the steps announced by Macron six days ago.

“He has received the message from the French: they want to make a quick decision on purchasing power, with greater involvement in this decision”, Philippe said.

In an interview with Le Zico, he outlined the measures that constitute an attempt to end an unprecedented crisis that has rocked France a month ago.

However, these measures, mainly the increase in the minimum wage, the exemption of overtime from taxes and the exclusion of some retirees from the tax increase, would increase the deficit, which is expected to be 3.2 percent of GDP in 2019.

It was compiled in a bill to be discussed by the cabinet on Wednesday before being sent to the National Assembly and Friday to the Senate.

Mindful of the lack of time, parliamentarians called for their “responsibilities” to be met and the measures approved on Friday to take effect on January 1.

On Tuesday, Macron will meet with his ministers and economic leaders to organize a major national debate, which was announced as part of measures to calm the crisis.

This debate continues until March 1, and the mayors are a key element in it, with four major addresses: environmental transition, taxation, state regulation, democracy and citizenship.

In the context of this debate, the Prime Minister supported the principle of a referendum on citizenship initiative, one of the most prominent demands of “yellow vests”, but “not within random conditions”.