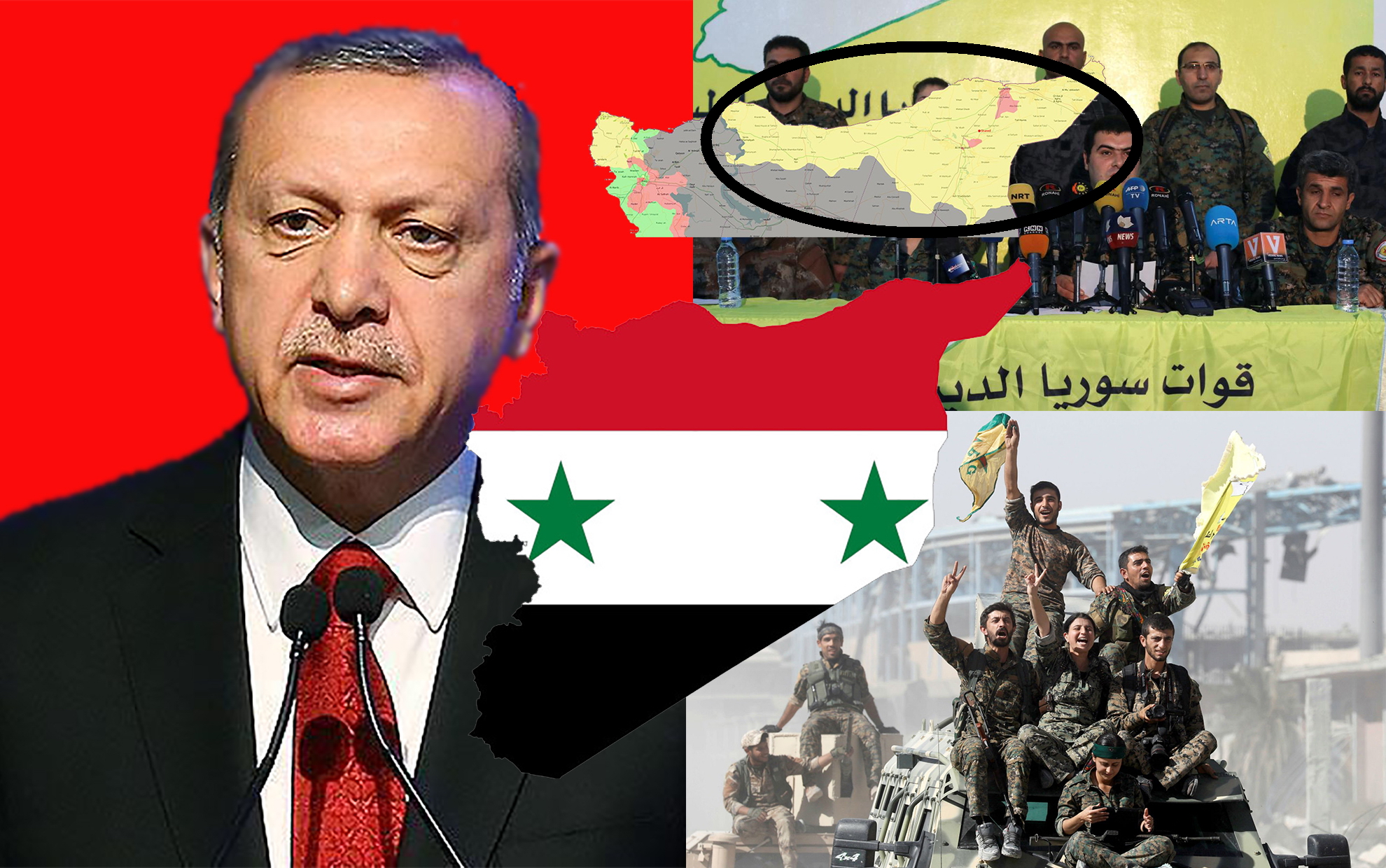 Kurdish self-government confirmed that hundreds of Kurdish fighters had separated from the “Syria Democratic Forces” and joined the Syrian army in the countryside of Aleppo.

In a statement, the Kurdish Human Rights Society claimed responsibility for the killing of hundreds of Kurdish civilians, according to the Basnews Kurdish agency.

After the self-management of the civilian population killed hundreds of Kurdish civilians, hundreds of others decided to join To the ranks of the Syrian government forces in Aleppo.

The Kurdish National Council organized protest vigils in Qamishli because of arrests by the security services of SDF against the members of the Council, in addition to violations by the armed factions loyal to Turkey against the people of Afrin.

In another context, the “Kurdish units” announced general mobilization, and demanded the Syrian government to take an official position, hours after Turkish President Recep Tayyip Erdogan confirmed that his country would launch a military campaign to rid the Euphrates of the “separatist terrorist organization” within days.

The Hawar News Agency issued a statement issued by the “Executive Council for the Self-Management of North and East Syria” belonging to “Kurdish units”, in which denounced the threats of Erdogan, pointing out that Turkey “is aimed behind the threats to cut parts of Syria and infect them with Turkey”.

The statement also said that the upcoming military campaign on the eastern Euphrates “targets the gains made by the countries of the international coalition in the fight against terrorism, as well as targeting the state of security and safety that the Syrian people began to live in the east of the Euphrates”, according to the statement.

The statement called on the international community, headed by the United Nations and the International Alliance against terrorism, to take a stand.

The statement also called on the Syrian government to take a formal stand against this threat, because Erdogan wants to occupy part of Syria and this means aggression against Syrian sovereignty.