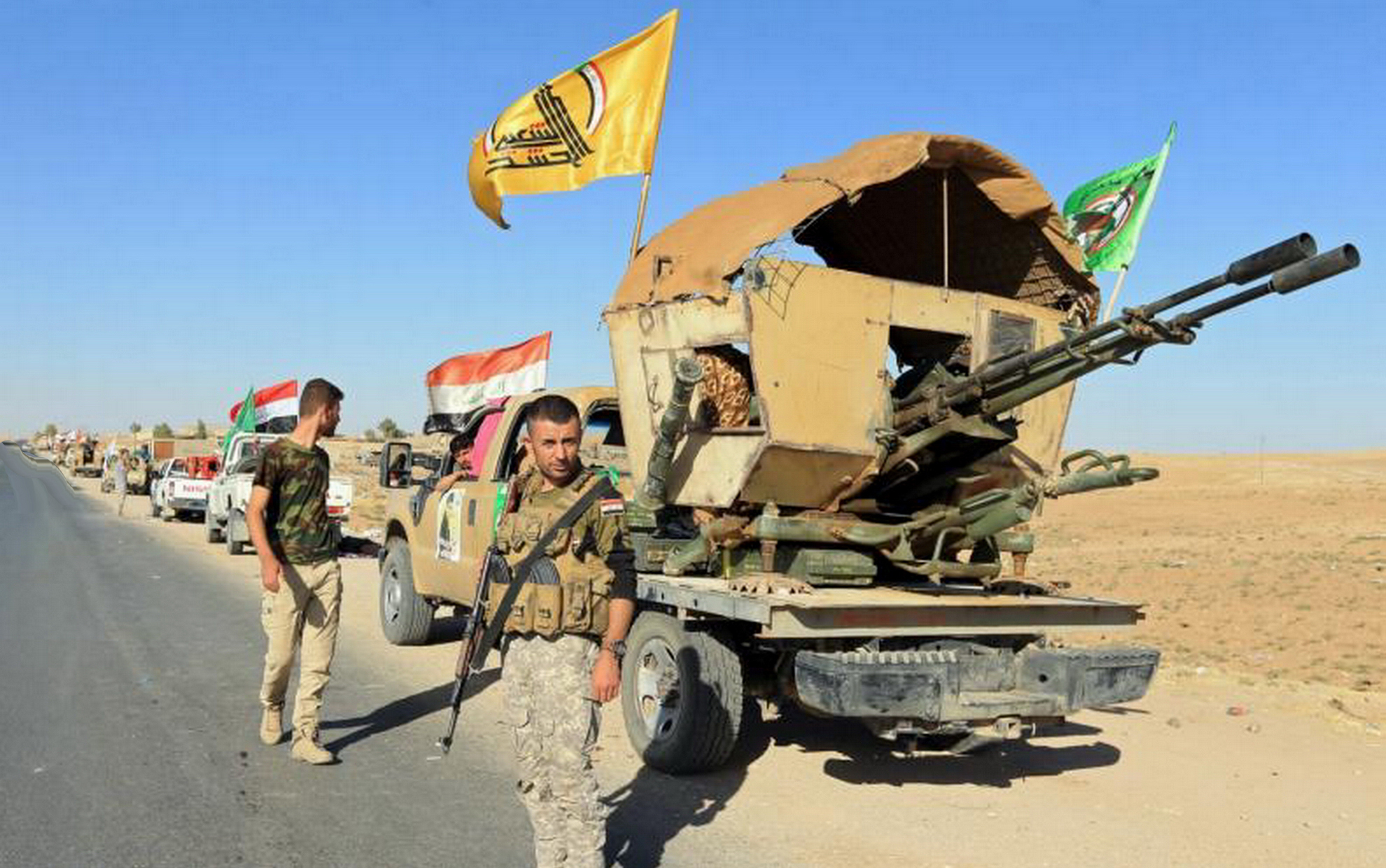 Iraq’s Popular Mobilization Forces operations at western Anbar province, boosting the presence of the its forces on the Iraqi-Syrian border due to the return of attacks by ISIS.

In a statement issued by Iraqi Al Al Sumaria News channel, the Popular Mobilization Forces operations said that during the past two days events, and as a of bad weather condition, the Syrian Democratic Forces had been attacked by ISIS terrorist gangs.

The forces withdrew from the area, causing a vacuum on the Syrian border.

The statement added that these points were burned and witnessed the withdrawal of Syrian democratic forces with the Americans, pointing out that there are orders to close the crossing, which was used by the Americans and overlooking the Syrian border and the seriousness of the security situation in the border.

Last year, the Iraqi Popular Mobilization Forces announced the completion of military operations on Al Jazera and the western desert with full control of the Iraqi-Syrian border.

Meanwhile clashes erupted between gunmen of the Kurdish People’s Protection Forces and the Turkish army in the border area of ​​Ain Al Arab (Kubani) to the north of Syria.

Local sources told the Russian news agency “Sputnik” on Sunday: “The outbreak of clashes between gunmen from units of protection of the Kurdish people and elements of the Turkish army after suspicious movements of Kurdish militants”.

The Turkish Anadolu news agency reported on Sunday that: “The Turkish army bombed sites belonging to the Kurdish People’s Protection Units in the Eastern Euphrates region of Syria”.

In previous statements, Turkish President Recep Tayyip Erdogan announced that his country would maintain its presence in Syria until achieving political and geographical unity there.