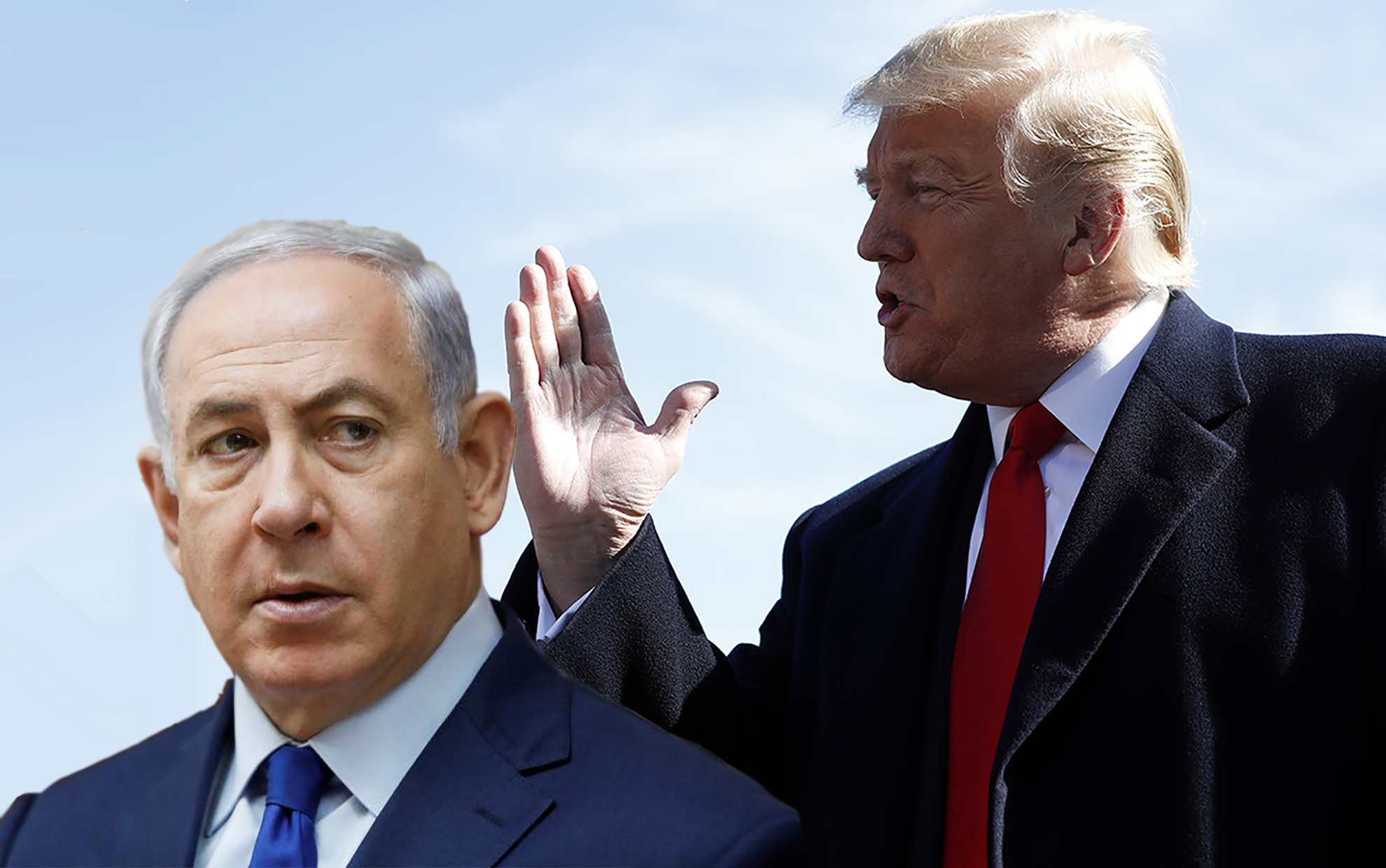 US President Donald Trump told his French counterpart, Emmanuel Macron, that he could press the Israeli Prime Minister Benjamin Netanyahu to accept the “Century Deal”.

The Israeli Channel 10 revealed yesterday evening that Trump informed Macron of his willingness to but Netanyahu under pressure in order to accept the American peace plan in the Middle East on the sidelines of the United Nations General Assembly on September 24.

Israeli newspapers reported that Trump told Macron that Israel is getting $ 5 billion a year, so he could be tough with Netanyahu about the “Century Deal”, as he was with the Palestinians.

Barak Ravid, a political analyst for the Hebrew newspaper Haaretz, quoted four Western diplomats familiar with the Trump and Macron talks that the US president added that he was willing to put pressure on Netanyahu to agree to the US peace plan to be presented in the coming months.

The newspaper reported that French President Emmanuel Macron presented the Palestinian-Israeli file, saying that he believed that Netanyahu did not really want to progress in the “peace process” because he likes the current situation.

Trump then replied that he was inclined to agree to this analysis, adding that he was “about to reach the same result”.

Macron said Trump asked why he only stressed with Palestinian President Mahmoud Abbas and Trump said it was “because of their disagreement with us, which is unacceptable”.

Trump added that he gave Netanyahu a lot, transferred the US embassy to Jerusalem, and Washington provided Israel with $ 5 billion a year, saying he could be tough with Netanyahu on the peace plan, as he did with the Palestinians.